Roxanne Guinoo bares her body in a whisky ad 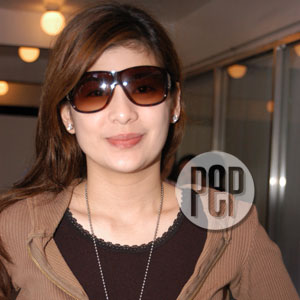 From a demure and conservative image, Roxanne Guinoo is now ready for a more mature and sexier one

A billboard of a sexy bikini-clad woman was put up on EDSA, Manila's busiest thorough way, last week. Curly hair, pouty lips, and curvy everywhere, the woman in red is none other than young actress Roxanne Guinoo.

Now, she is the newest endorser of a whisky brand, White Castle.

The image transformation was shocking indeed for her fans and followers, but she says the decision to go sexy has her parents' blessings.

Roxanne's ex-boyfriend, fellow SCQ alumnus Joross Gamboa, has yet to give a statement.

Before rumors of photo alteration or "retoke" arise, she clarified that the woman in the picture is all her.