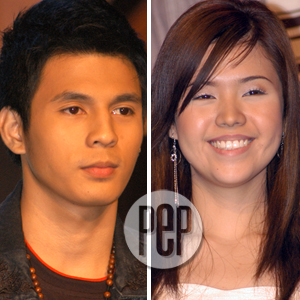 Two more StarStruck dreamers' hopes of surviving ended last night, January 21, when they were eliminated from the fourth season of the GMA-7 reality-based artista search during a live presentation at Broadway Centrum.

Dex Quindoza and Hazel Uy ended their StarStruck journey after getting the lowest number of combined votes from the StarStruck Council— composed of Louie Ignacio, Lorna Tolentino, and Douglas Quijano—and from online and text.

Last week, six pairs of StarStruck survivors starred in their very own "Kissflicks" directed by Rico Gutierrez. Before the elimination last night, the winners of The Kiss Awards were announced. They were chosen by "Kissflicks" critics Floy Quintos and Butch Francisco.

The Best Kiss was awarded to Dex Quindoza and Rich Asuncion for the "Takas" episode. Paulo Avelino was judged Best Actor for his performance in "Halik," while Stef Prescott was chosen Best Actress for the "Bespren" episode.

Jan Manual received the Director's Choice award, which was personally handpicked by Direk Rico, for the StarStruck hopeful with the best overall performance.

Jesi was automatically included in the bottom group after getting the most number of votes during the vote-out process among the StarStruck finalists.

Starting tonight, January 22, the remaining 10 survivors will undergo a series of tests on dancing.

StarStrcuk The Next Level is hosted by Jolina Magdangal, Dingdong Dantes, and Raymond Gutierrez.