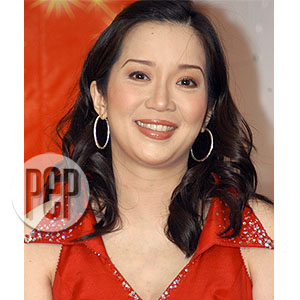 Kris Aquino is rushed to the hospital for the second time in a week.


PEP (Philippine Entertainment Portal) just received an unconfirmed report about 10:30 in the evening tonight, February 28, that Kris Aquino was rushed to the Makati Medical Center. The TV host-actress was said to have felt a sudden pain in her stomach.

According a PEP source, Kris is now in stable condition. She is already home, resting. The doctors strictly advised her to have a complete bed rest.

This is the second time she is brought to the hospital in a week.

Last Thursday, February 22, Kris was also brought to the hospital due to "premature labor pains," which was caused by stress. In an interview with Korina Sanchez for The Buzz and Rated K that aired last Sunday, February 25, she revealed that the issues surrounding her marriage with James Yap is affecting her pregnancy.

Hope, a former employee of Belo Medical Group, has recently admitted on national television that she allegedly had an affair with James, and that she might be pregnant.

James denied the allegations of Hope, and Kris chooses to stand by him.

"All this stress, all this pain, hindi naman sa akin to napupunta, e, sa bata."

PEP has yet to get more details about the story.