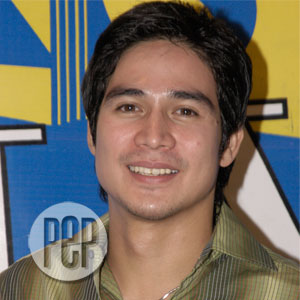 "It's a recognition. I feel honorable na ma-recognize ng press people for such an achievement, yung nagawa mong pelikula. And I don't see the point of returning it," says Piolo Pascual about his best actor award from the Golden Screen Awards.

Piolo Pascual refused to give up his Golden Screen Best Actor Award for Musical or Comedy that he got for his performance in Don't Give Up On Us, a film which he co-starred with Judy Ann Santos. Some people reportedly raised their eyebrows because the movie did not fall under musical or comedy category. Rumors also had it that the producer of the film, Star Cinema, considered returning the said award.

Piolo was thinking the exact opposite.

"It's a recognition. I feel honorable na ma-recognize ng press people for such an achievement, yung nagawa mong pelikula. And I don't see the point of returning it," said Piolo in an interview with Startalk.

Piolo was also recently hailed Best Actor in the recently concluded Star Awards, he shared the title with Jericho Rosales, who starred in Pacquiao The Movie. Piolo missed attending both awards nights because he was taping for his new soap opera for ABS-CBN.

The topic then shifted to Piolo's friend—Yul Servo, who will run for councilor in Manila this coming elections, and he has reportedly turned to Piolo and other showbiz friends for help.

He adds, "Gusto naman niyang [Yul] makatulong, and I can feel his sincere heart naman."

Piolo, however, clarified that his studio set a limit to his politically-related activities—endorsing a candidate should not, in any way, affect his very hectic schedule. Piolo only offered prayers and advice, for now.