Marjorie on Gretchen: "There was never any love lost." 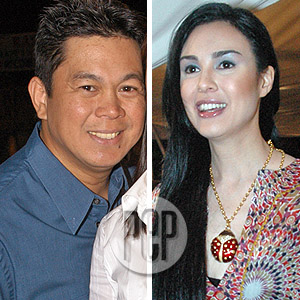 "That is divine intervention, the perfect time for them [Gretchen and Claudine]," says Marjorie Barretto about the recociliation of her sisters. "Kahit si Dennis nag-heal na rin. I'm so proud of my husband for being man enough to say sorry."

"There was never any love lost," said Marjorie Barretto about her estranged sister Gretchen Barretto in an interview with The Buzz yesterday, April 15. "Nagkaroon lang ng gap, nagkaroon lang ng break, but the love is always there. God also has a perfect time for me and Gretchen. Malapit na ‘yan."

Marjorie's statement was in reaction to the chance meeting of her sisters Claudine and Gretchen at S&R, The Fort, two weeks ago.

Claudine said that Gretchen saw her first. The two approached each other and hugged. No words were spoken, only soft sobs. The sisters parted ways after their emotional encounter.

Marjorie said, "That is divine intervention, the perfect time for them [Marjorie and Gretchen]."

REPORTED HISTORY. Gretchen and her family, the Barrettos, have been said to be feuding since 2004.

Talk has it that the falling out started when ABC-5, owned by Tonyboy, hired Willie Revillame to host the show Puso o Pera?. It was reported that Dennis Padilla, Willie's former co-host in Masayang Tanghali Bayan and husband of Marjorie, had a heated conversation with Gretchen. Dennis questioned why the station hired Willie.

Dennis, reports said, blamed Willie for the cancellation of MTB, which left him out of job.

Like Claudine, Marjorie still hasn't spoken to their mother, Inday Barretto, about the recent serendipitous events.