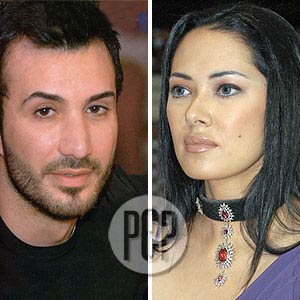 Yilmaz in an exclusive interview for ABS-CBN News says he doesn't want to be with Ruffa anymore.

"Et tu, Brute?" said Caesar as his friend Brutus stabbed him. The line is from the third act of Shakespeare's play Julius Caesar.

After their much-publicized separation, Yilmaz Bektas is now uttering the same line.

"She's playing with me like [a] child then after that I'm [learn] from my friends... Asking me when Ruffa will gonna come to Barcelona and I [said] after two weeks and the same guy [calls] me saying that your wife doesn't love you anymore and she wanna divorce with you," said Yilmaz in an exclusive interview with Danny Buenafe for ABS-CBN news.

The Turkish businessman added, "And after that I think [her] name have to be traitor and I'm calling her name now Brutus."

In his first public appearance after his separation from Ruffa, Yilmaz asserted that he does not want to mend their broken relationship.

Yilmaz's new statement is said to have been triggered by Ruffa's alleged interview last Monday, May 28, saying she doesn't love him anymore.

Yilmaz pointed out that Ruffa has changed a lot since she returned to the country last February. He went on to say that his wife lost respect for him. He blamed his wife's showbiz friends and family for this.

He said that he had a stomach operation last May 3. Even then, Ruffa did not stay by his side; she went to a party instead, said Yilmaz.

"Beginning of the [sic] May she changed so much because she's not giving enough time for me, enough time for her children. When I'm calling to my children, my children are always next to their yaya," explained Yilmaz, expressing himself in English, a language he studied seriously only after meeting Ruffa.

He stressed that Ruffa can be two different people: one, when she speaks to him on the phone; another, when she gives interviews on television.

"I'm so sad for her, I'm so sorry for her. If she [tries for a] career in the Hollywood, probably she will gonna win several times in Oscar [Awards]. She is good," he noted.

Yilmaz was also asked if the allegation of physical abuse by Ruffa was true. He said he "neither confirms nor denies" this charge.

Yilmaz and Ruffa have been married for four years. They have two kids, Lorin and Venice.

He admitted that he misses his family, but says he needs to be strong.

"I miss them, of course, but I have to close my heart for all these kinds of feelings, for the love, for missing them, for giving up your family. I don't know why," he said.
Read Next
Read More Stories About
Ruffa Gutierrez, Yilmaz Bektas
Recommended Videos
Post a Comment
Latest Stories