Ruffa Gutierrez: Yilmaz should come to the Philippines and face my parents 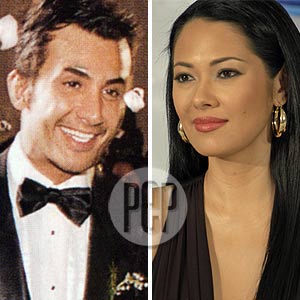 "I just wanna say that I don't want to talk about private matters about Yilmaz [Bektas]. I think enough has been said. I'm sure kayo naririndi na rin....We have a very civil relationship right now. I don't want to instigate any more comment.," says Ruffa Gutierrez in her press statement.

A jolly Ruffa Gutierrez greeted the entertainment reporters at the press junket for The Buzz yesterday at the 9501 Restaurant in ABS-CBN. The beauty queen-actress is now officially the host of the Kapamilya showbiz talk show, replacing Kris Aquino.

Before the press conference began, Ruffa made a statement to the press: "I just wanna say that I don't want to talk about private matters about Yilmaz [Bektas]. I think enough has been said. I'm sure kayo naririndi na rin. I thought it was going to be a very short announcement na humaba nang humaba na naging teleserye na. I'm just so happy that he apologized for all the bad things that he said. We have a very civil relationship right now. I don't want to instigate any more comment."

Although Ruffa tried to beg off on some issues regarding her relationship with her estranged husband, some questions still managed to get answers.

Does she see herself having a good friendly relationship with Yilmaz someday?

She added, "The whole experience made me stronger. Yes, I was weak. I was crying. At some point, I locked myself inside the room. Nawalan ako ng boses. Nagkasakit ako. Up to now, hindi pa rin ako gumagaling. But I believe that through every trial in your life, may laging kapalit. Siguro ‘yong kapalit [na blessings] na nangyayari sa akin ngayon is more than enough to, you know, just to be quiet and forget the past."

Is Yilmaz trying to get her and the kids back?

"Marami siyang ginagawa para bawiin kami pero I think the first step that he should do is come to the Philippines and face my parents. And then we'll talk," said Ruffa.

Is there a possibility of the two of them getting back together?

Ruffa answered boldly, "The love is still there, but I think now it's too late because I'm already focused on my career. I mean I have all these contracts now and I have to abide [by] my contracts. I'll be here for a year. I'll be working. If this was two months ago, three months ago, it would be a different story, but now, I've already taken huge steps to move on with my life so I can't really say na [we're getting back together], unless he wants to live in the Philippines."

She stressed, "But right now, I'm in a new page in my life. And I see myself just as myself. Wala siya [si Yilmaz] sa plano."

Does she see herself falling in love with another person?

"Mga ten years later pag hindi pa ako kulubot! Nakasarado pa ang pintuan ng puso ko. Especially now that I haven't even come out of a relationship yet, I can definitely say that it's not my priority at this point. Although ang daming gustong magpakilala!" she said candidly.