Angel Locsin is now a freelancer 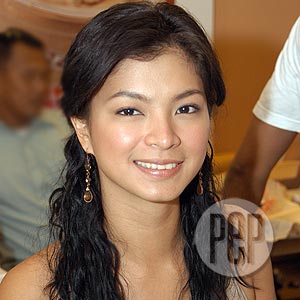 Angel Locsin's manager, Becky Aguila, finally confirmed that the popular young actress is now free to work with any network.

The news was confirmed by Angel's manager, Becky Aguila, to some members of the press when she arrived yesterday, July 17, from Los Angeles, California.

Talking to Philippine STAR columnist Ricky Lo, Becky revealed that Angel can now work with anyone as she's not exclusively tied to any network anymore after her five-year co-management contract with GMA-7's Artist Center expired last March 31.

Becky, however, quickly clarified the nagging rumors that Angel was immediately offered by GMA-7's rival network, ABS-CBN, to join its stable of talents or at least appear on some of its upcoming projects.

"I must add that I never said that Angel has an offer from ABS-CBN or any other company," stated Becky.

ABS-CBN executives, on the other hand, seconded Becky's statement by confirming that there's no offer being tendered to the popular young actress, nor any informal talks to lure Angel to work for the network.

But the ABS-CBN executive also said that there's absolutely no problem if ever Angel wants to work with the Kapamilya Network, provided she's free from any commitment, particularly with her former home network, GMA-7.

Part of the rumor from the grapevine was that ABS-CBN allegedly requested Becky to furnish a "release paper" just to make sure that they're not violating any legal matters.

Angel's old contract with GMA-7 was a co-managerial agreement, meaning she was being managed by both Becky and GMA-7's Artist Center. Now that she's out of that clause, Becky now controls the reins of Angel's career direction.

The young actress is currently in London to study fashion design. Becky excitedly relayed that classes will begin this coming July 23 and her ward will be back on the third week of August.

"When she comes back, Angel will enroll in a Business Entrepreneurship course," revealed Becky.