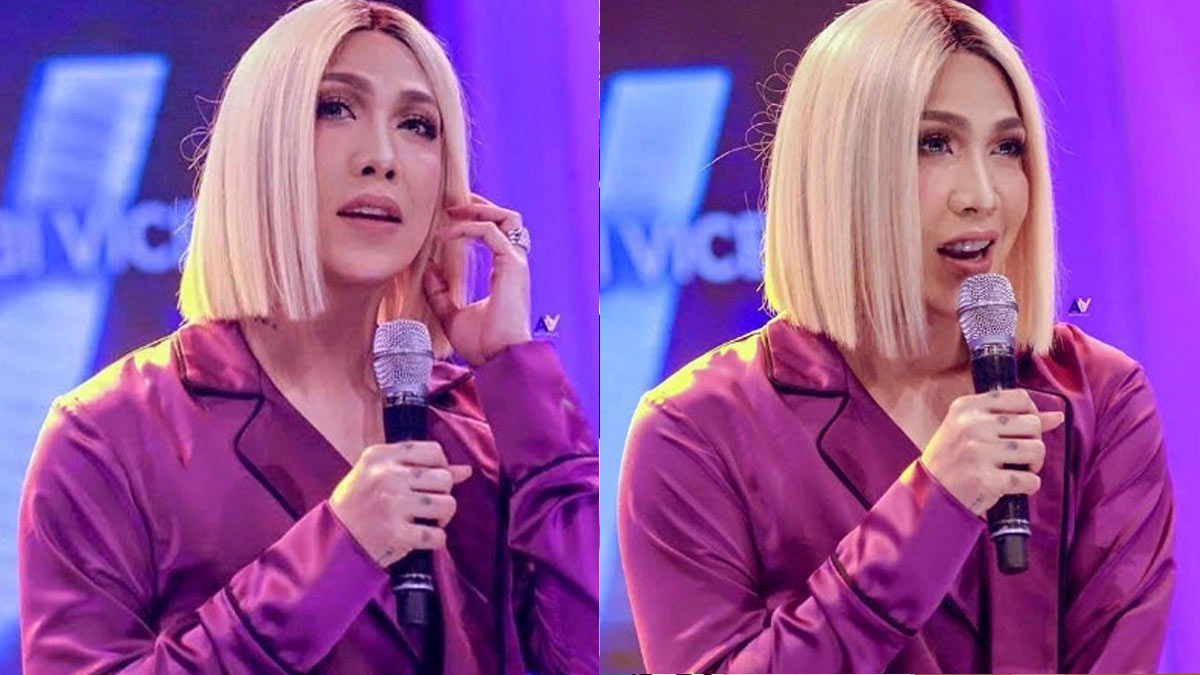 Vice Ganda, 42, admitted that he is in a relationship, but refused to reveal any names.

Vice announced his new relationship status during the "Shot or Answer" segment in the March 17 episode of Gandang Gabi Vice.

His guest for the night, Angelica Panganiban, took advantage of the segment's concept, wherein one gets the chance to ask a juicy question while the other is given the choice to either answer it or take a shot of a weird mixed drink.

This elicited kilig reactions from Angelica and the studio audience.

The Playhouse actress then tried to get a name out of the host. She teased, "Sino?"

For her next question, the ABS-CBN actress tried to push Vice into revealing more details about his new partner.

This elicited another round of kilig reactions from Angelica and the studio audience.

Early this week, netizens posted behind-the-scenes photos from a taping of Gandang Gabi Vice where Vice and Ion Perez, 28, reportedly revealed that they are a couple.

Ion, who is more known to It's Showtime viewers as "Kuya Escort," was not mentioned during the March 17 episode.

But members from the studio audience could be heard shouting Ion's name when Angelica was grilling Vice about his love life.

Based on the behind-the-scenes photos of netizes though, Ion will appear on the show during the episode with Eerie stars Charo Santos-Concio and Bea Alonzo as guests.