Nadine Lustre and James Reid: Back when they were partners in crime 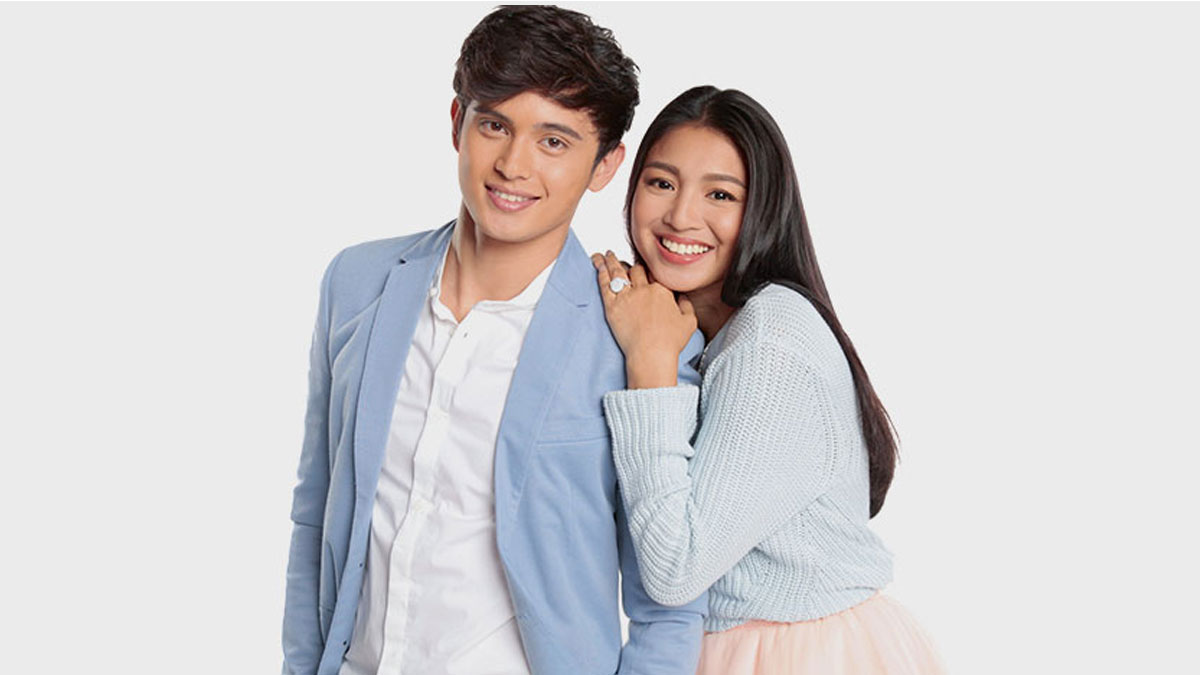 Nadine tells YES! magazine that she has been in one relationship before—“’yong serious, ha.”

She has also had two “almosts,” but she would rather just talk about that one who mattered.

The one relationship that she can talk about freely and affectionately was with a non-showbiz guy. “’Yong kaisa-isa, I learned a lot, kasi,when I was really down, he was there,” she begins. “In fact, everything was working out really good po. Kaya lang kasi… You know, he knew kung gaano ako na-depress, kasi nga nawala na ’yong career ko. Now that it’s back, sabi niya, ‘You have to concentrate.’ Parang nagbigay siya.”

Being understanding and considerate, the guy told her when he gave her some space: “I know you waited so long for this. I know na ito ’yong iniyak-iyakan mo dati. Trust me, I know, because you tell me.”

Nadine seems good with heartbreaks. She says it only takes tears for her to get over one: “Iyak lang, ’tapos okey na. One night lang po, ’tapos music lang, ’tapos the next day hang out with my friends na. ’Tapos, wala na. When I’m alone lang po, usually, pero pag may kasama po akong iba, nakakalimutan ko po.” 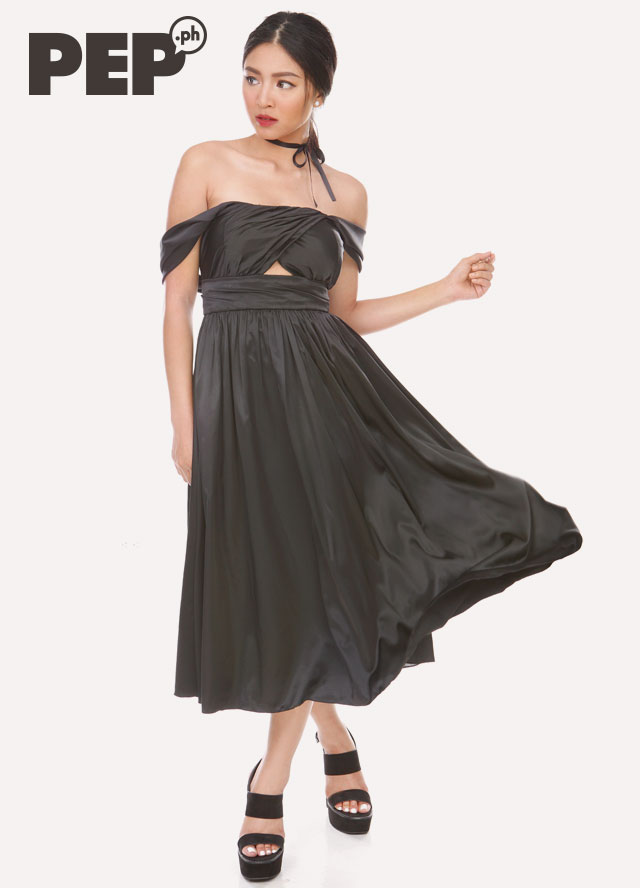 She’s not romantic, she says, emphatically. But when she’s in love, she describes herself as “mapagbigay.” She’s considerate and accommodating “to everyone naman po, e, even with my family,” she explains. “I guess ako po ’yong type na mahilig mag-alaga.”

Although Nadine confesses that she isn’t showy when it comes to her feelings (read: no PDA, or public display of affection), she exerts a lot of effort for the people she cares about. “I would surprise someone,” she reveals.

Last May 2015, she set up a surprise birthday party for love-team partner James Reid. We remind her of this. She beams. “Birthday niya naman kasi, kaya okey lang ’yong effort na ’yon.”

James, Nadine’s “partner in crime,” has become a fixture in her life since that memorable Diary ng Panget premiere night. She can talk about James as easily as she breathes.

The two of them already knew each other before their 2014 movie teamup. They first met on the set for the shooting of the music video of “Alam Niya Ba,” a song from James’s self-titled debut album, released in 2013. In the video, Nadine portrays James’s love interest. 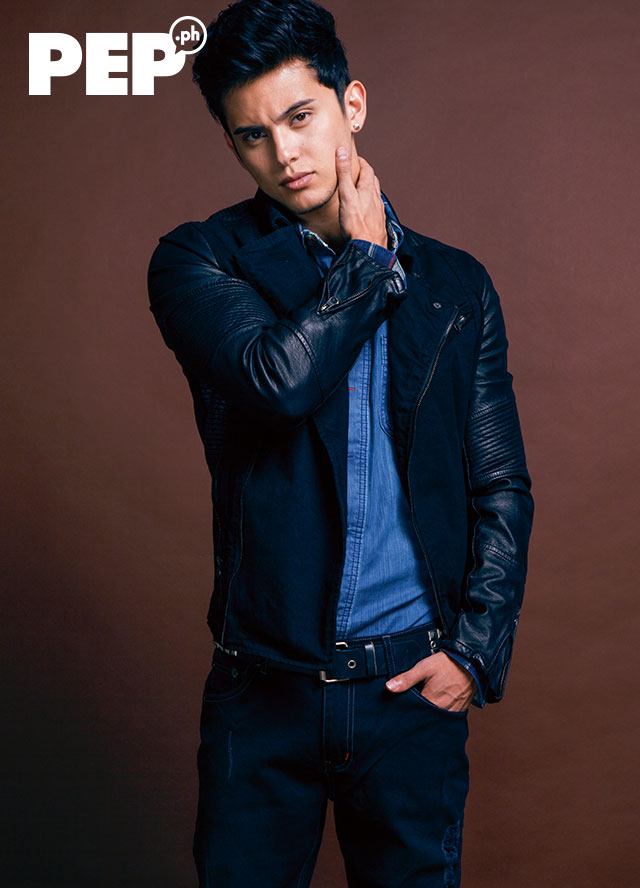 The music video required them to look like they were in love, so they had to break the ice somehow—and fast.

Several months later, Nadine and James started shooting for Diary ng Panget: The Movie. Here, for the first time in their careers, they were asked to kiss in front of the camera.

Apparently, that kiss wasn’t in the script.

Making things more awkward for Nadine was the presence of her mother, who was standing beside Direk Andoy.

“Ako, awkward talaga!” Nadine recalls. But then she immediately came to a decision. “Let’s do this,” she declared on the set. “Kasi I wanna make this really good.”

Remembering that scene, Nadine sees what she and James have gone through together—and they’ve gone far.

They also played supporting roles in the Metro Manila Film Festival 2015 entry, Beauty and the Bestie, and at press time, they’re still sharing the small screen in the hit TV series On the Wings of Love, aka OTWOL.

They had their first TV project as a love team in 2014, in the TV adaptation of another Wattpad novel My App #Boyfie, written by Noreen Capili.

James has, however, turned into one of Nadine’s most trusted friends. “He knows everything,” she says.

We ask if there is love involved in their relationship. She doesn’t have to think long to answer our question.

“I guess I have this unconditional love na din po for him, kasi nga, since we do everything together, he knows what I feel. I know what he feels. ’Tsaka parang he’s important to me.”

Nadine says that maybe being generous with her time and effort just runs in her system. “Maalaga po talaga ako kasi, e.”

Like all love teams in Philippine showbiz, Nadine and James have been incessantly asked about a possible romance. And they’ve consistently said that they’re just friends—“partners in crime,” as she puts it.“

Although it is clear to us that this is not her intention, the actress has given diehard fans of JaDine a faint glimmer of hope.

Nadine herself, even if James isn’t part of the equation, isn’t looking for a romantic interest.

For now, the mystery of the chemistry between Nadine and James will remain only that: a mystery—and a beautiful one at that.