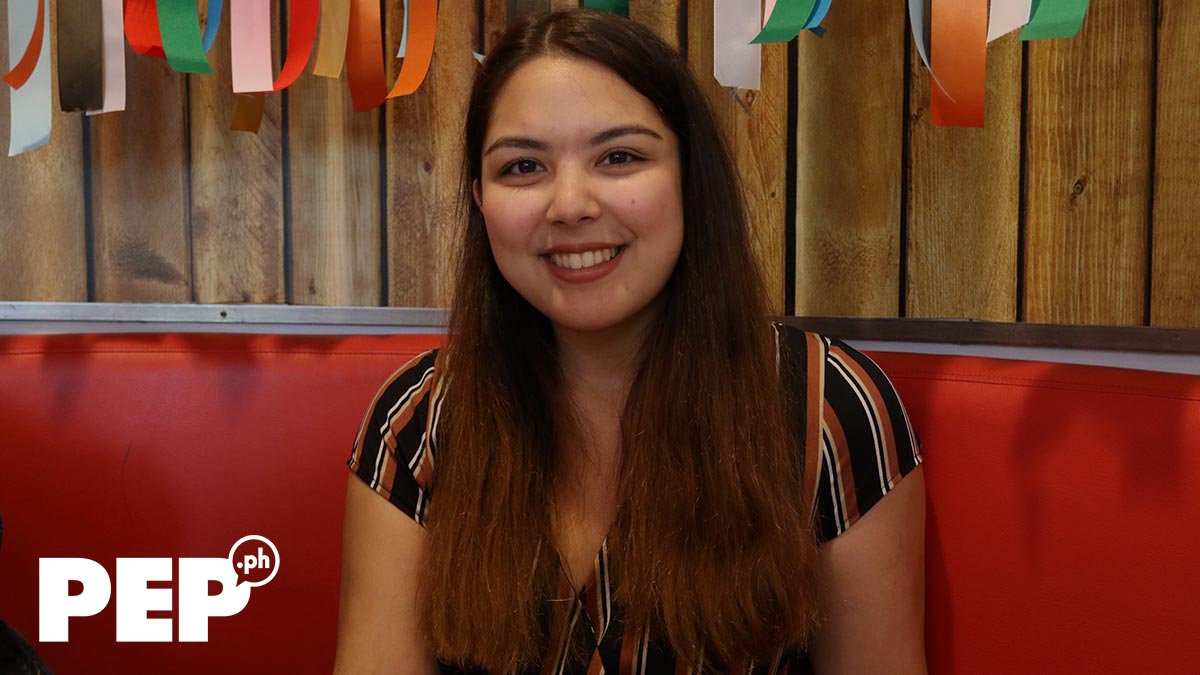 Ria Atayde calls JM de Guzman a good friend: "I think both of us have found special places in each other's lives already as friends."
PHOTO/S: Noel Orsal

"Dun tayo sa happy, basta happy," the daughter of Sylvia Sanchez and sister of Arjo Atayde told PEP.ph (Philippine Entertainment Portal) and a small group of media at a food event last May 7.

Back in March, rumors sparked that JM is courting Ria.

The actor talked about this issue during the presscon for his recent film, Last Fool Show, and said that they are "really good friends."

JM added, "Kung ano man ang mangyari or whatever, I would like to keep her forever."

Reacting to this, Ria said, "I think same naman. It goes both ways.

"I think both of us have found special places in each other's lives already as friends.

"And if it leads to anything more, then why not, di ba?

"Pero for now, we're friends, getting to know each other pa rin.

Continue reading below ↓
Recommended Videos
STORIES WE ARE TRACKING

WORTH IT NA RELATIONSHIP

Just like JM, Ria insisted that "work is still my priority."

At the same time, when time comes that she enters a relationship, the ABS-CBN actress wants to do it with someone worth the time.

Ria remarked, "It's a matter of finding somebody, I think, who is okay with my level of busy and my level of commitment to myself.

"So, parang, I need to find somebody who is worth leaving myself for.

"Imagine, if I get to a relationship talaga, that's less time for myself."

But Ria is not particular if the person should be someone from showbiz or not.

She continued, "I don't want to judge based on what they do or what they've done."