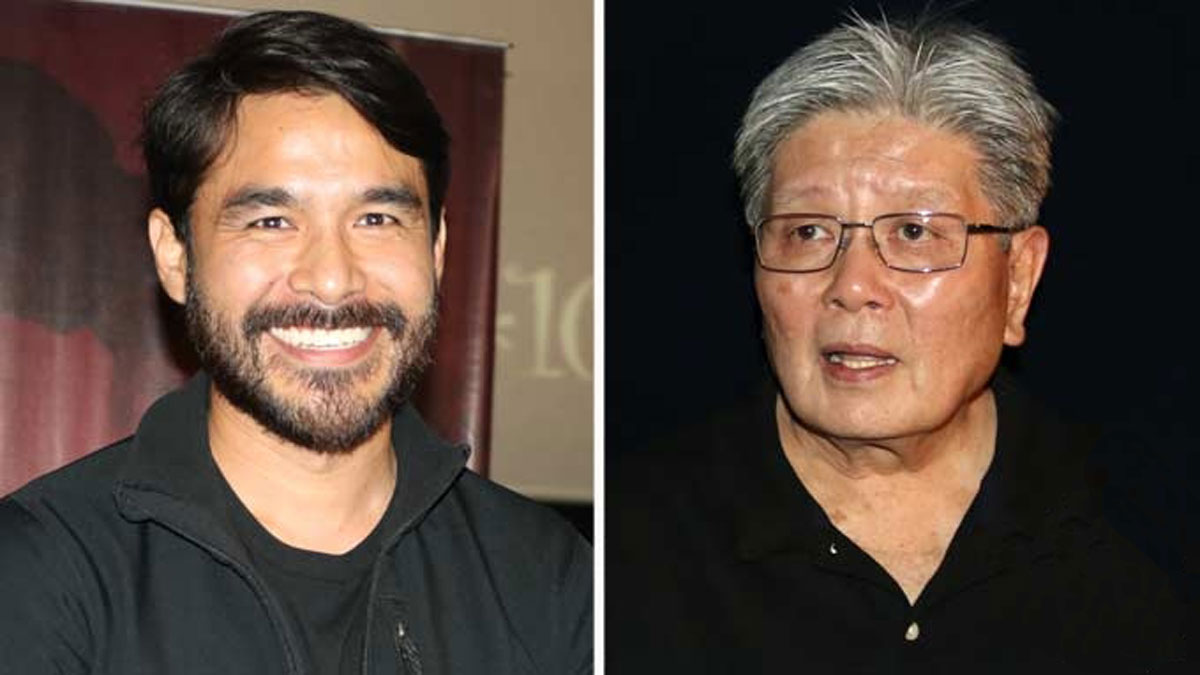 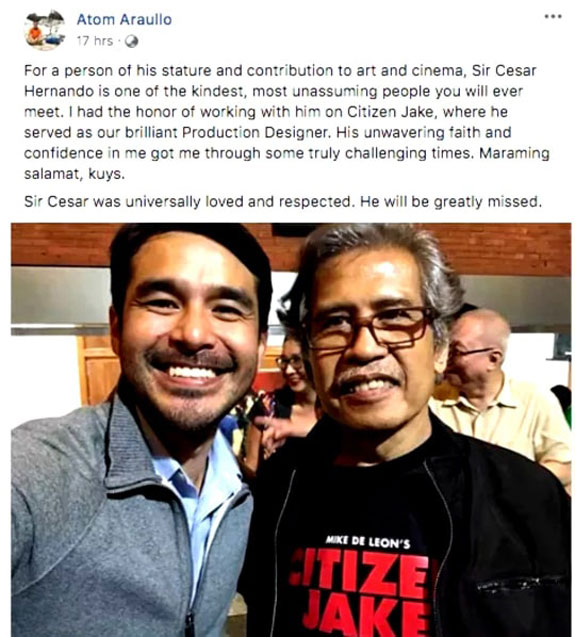 "Unfortunately, Araullo has deleted my comment on his own statement about the passing of my friend, Cesar Hernando and blocked the CJ page from one of his thousand FB pages.

"Fortunately, there is such a thing as screen capture. So I am reposting my reply ON THE CITIZEN JAKE page," ang opening statement ni De Leon.

"Araullo, how dare you make such a statement on the passing of Cesar and I quote from it 'His unwavering faith and confidence in me got me through some truly challenging times.' (meaning me again, I’m sure).

"What challenging times did Cesar help you get through? The colors of your costumes? I suppose it would seem uncaring if you did not say anything public about the untimely passing of a man of Cesar’s stature and so the lovable Araullo just had to make that public statement.

"Let me ask you - did you even know that he had been sick for over a year?

"I bet you didn't know Cesar's stature in the industry because he didn't behave like a celebrity.

"So when you saw the outpouring of grief from the CCP and the NCCA, Dakila etc. I'm sure you told yourself: Hey, this man that I ignored during the shoot e big-time pala. Kaya - 'He will be greatly missed.'

"Araullo, I deeply mourn his passing. So do not use him now to bolster your fabricated public image of the concerned journalist and actor wannabe.

"If you had stuck to a simple statement of condolences (no matter how insincere), I would have stayed silent.

"But no, you couldn't resist dragging our mutual dislike into the statement and plastering a photo of you and him in your horrible post.

"Knowing you, and if you had seen Mr. Li, my parody of the clip from Citizen Jake must have infuriated you.

"You are one person who hates to look foolish. Magagalit ang mga fans mo.

"Look closely at your FB pages. You hardly post anything meaningful about the stories you cover in your documentaries. They are all about you.

"So if Mr. Li is the reason to get back at me, then tell me to my face, lumaban ka nang harapan or post it on social media.

"But do not use that photo of Cesar and you smiling your plastic smile. He was one of my dearest friends and we go back a long way, to the 1970s.

"In making that statement, you are again revealing your absolute lack of empathy and your narcissism. By the way, that clip was an integral part of that film.

"It was a parody, plain and simple. And it worked. – the creator of Citizen Jake, Kangkungan and Mr. Li."