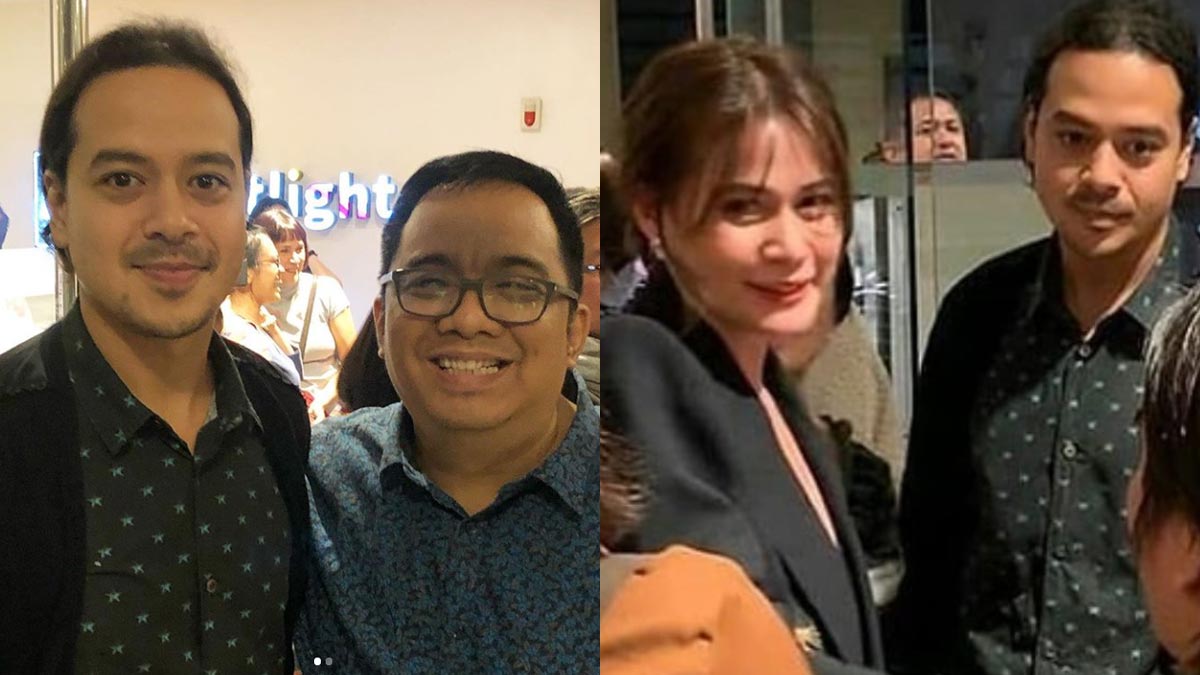 Showbiz writer-talent manager Noel Ferrer posted photos from the event, showing John Lloyd and Bea seated beside each other in the theater.

It was unclear whether they arrived at the venue together or separately.

In June 2019, the two were spotted in El Nido working on a yet-to-be-confirmed-project. There has been no update about this project so far.

The special performance of Himala: Isang Musikal was a buyout show for the members of Ricky Lee's writing workshop.

Ricky Lee (in pink button-up shirt) wrote Himala, both the film and its stage adaptation.

Other celebrity guests spotted at the event were Agot Isidro (in grey top) and Cherie Gil (in denim).

The perennial love team has appeared together in seven prime-time teleseryes and eight blockbuster films since 2002.

In 2016, there were reports that the two were romantically involved with each other. But, in separate interviews, both camps denied the rumors.

John Lloyd then took an indefinite leave from showbiz in 2017 and welcomed a son with Ellen in 2018.

Then in 2019, the respective romantic relationships of John Lloyd and Bea became subjects of controversy.

In July 2019, Bea posted a cryptic Instagram post, which was followed by a confirmation of her breakup with Gerald.

In August 2019, it was reported that John Lloyd and Ellen broke up as well. However, there has been no confirmation of this from either one.