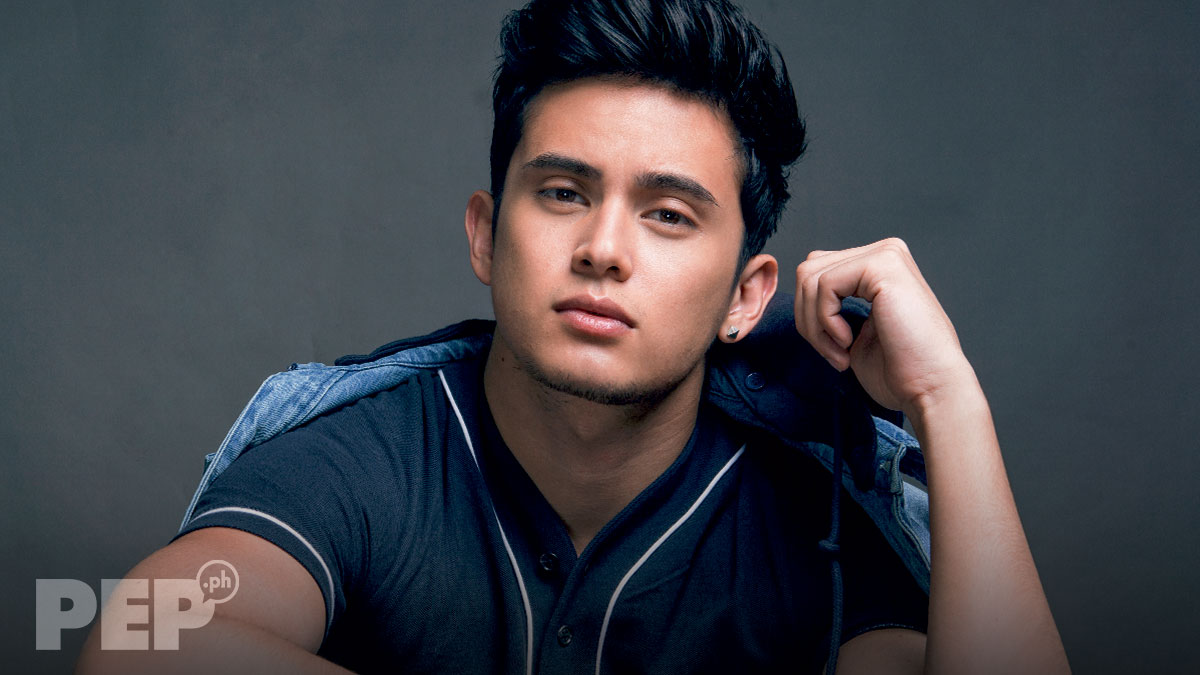 Nakasaad sa pahayag: “To put an end to all the recent speculation, Mr. James Reid would like to make it clear that, after careful deliberation, he has decided not to renew his contracts with the Viva Group.

“James greatly appreciates the enormous contribution that has been made by his friends at Viva, especially 'Boss Vic' del Rosario and the management group, and expresses his sincere gratitude to everyone at Viva who has contributed to the success of his career in the Philippines’ entertainment industry over the past 7 years.”

“He also wishes to take this opportunity to thank his friends and colleagues at ABS-CBN, especially Ms. Cory Vidanes, for their part in jointly contributing to successful career to date, and assures his fans and supporters that he will continue to dedicate his media activities exclusively to the Network.”

“Apart from creating his own record label, Careless Music, James has also established his own family management company, Reid Entertainment, Inc., and is now looking forward to the challenge of forging his own path in the entertainment industry.

“As to James’ upcoming projects, he is currently fully committed to expand his record label and promoting the activities of other Careless Music artists.

“However, the injuries he received during training for the Pedro Penduko movie are now healing, and he should also be in a position to renew his screen activities in the not-too-distant future.”

Dagdag pa sa pahayag, “Lastly, James wishes to graciously acknowledge the unwavering support of his fans, many of whom have been with him since his journey began in Big Brother, and who continue to believe in him.

“James expresses his utmost gratitude to his loyal band of brothers and sisters.” 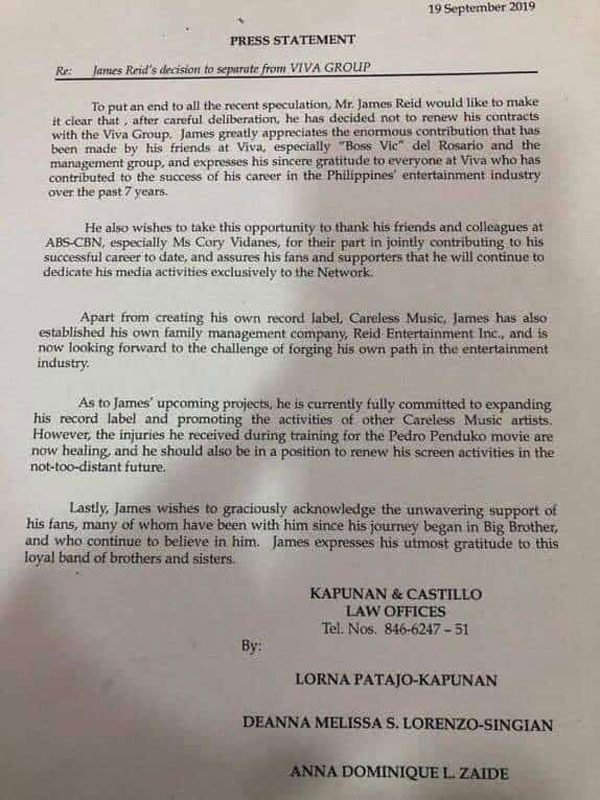