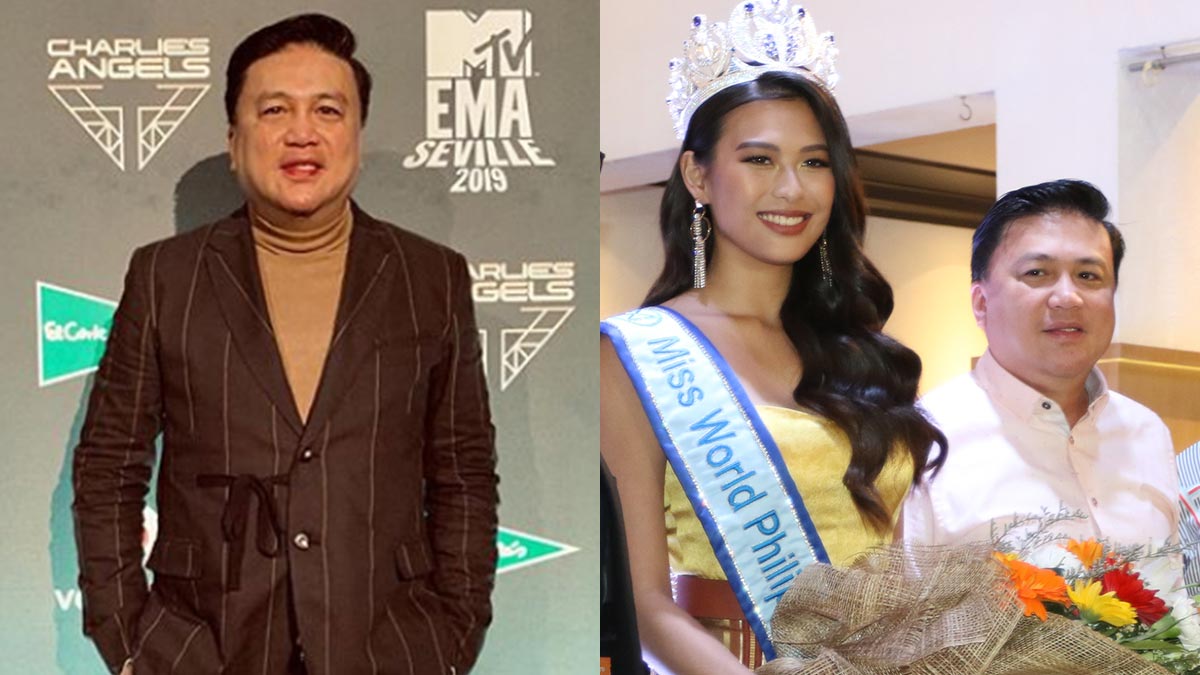 Support for Michelle Marquez Dee in social media will play a big part in her journey to win the country's second Miss World title.

The 23-year-old daughter of Melanie Marquez will be flying to London next week to represent the country in the international pageant.

In the last few years, the Miss World pageant has been receiving lukewarm reception from the Filipinos, who are generally passionate about beauty contests.

It started in 2016 when heavy favorite Catriona Gray failed make it as a runner-up even. Laura Lehman and Katarina Rodriguez also failed to enter the pageant's final rounds in its 2017 and 2018 editions, respectively.

Michelle was asked by the press during her send-off party on Wednesday, November 13, at the Nanka Restaurant how she will urge Filipino pageant fans to support her bid for the Miss World title.

She answered, "I've done everything I can to promote Mobstar. I've sought help with media outlets, other celebrity friends.

"It's really just up to the Filipino people to help me with the multimedia fast track challenge 'cause that's where it's included.

"I just really hope we can help each other, we can support the country, we can come together, and really prove that we, the Philippines, is a pageant powerhouse and that's one of the ways we can show that."

He said, "The fans should think that the Miss World Organization is the only pageant organization that helps a lot of different charities in the Philippines.

"They have to think about that... That's a competition and so is a reality show. It's not controlled by the organization whatever the choices of the judges.

"But this is the only organization that helps a lot. You check PGH, who has the building for children with cancer. That's the Miss World Organization charity 'yan.

"During the time of calamities, what pageant organization is helping the Philippines? It's Miss World Organization.

"Do you know how many thousands of dollars ang binibigay ng Miss World Organization that that charity? That's continuing until now."

The Tuloy Foundation spearheaded by Fr. Marciano "Rocky" G. Evangelista helps homeless Filipino street children and it has been a long-time beneficiary of the Miss World Organization.

The talent manager continued, "But we're not vocal because this is help, e. You don't have to announce it.

"How many street children ang tinutulungan ng Miss World Organization? How many scholars?

"But they are not vocal that this organization is helping a lot of charities in our country, because they have big hearts, they have so much passion, and they like the Filipinos because they are pageant lovers.

"That's why they're very focused in Asia, they're focused more on the Philippines.

"I think they have to think many, many times before they give a negative outlook about the Miss World Organization. So think how this organization helped the Filipino people, the underprivileged Filipinos."

Arnold also disproved the issue hurled by some netizens that the Miss World pageant is rigged.

He said, "I'm trying my best to send the best candidate of ours.

"So when it comes to the international competition, I was part of the judges for how many times but I'm not the only one ang magja-judge.

"There are a lot of judges from different countries. So that would be the choice, we can't do anything.

"Wala namang dayaan na nangyayari because I saw it, I saw the competition.

"I saw how the people judged, they are my co-judges. There's no such thing as ano... I hope this time, ma-clear na yung issue."

Arnold served as a judge during the 2017 edition of the Miss World pageant, which crowned India's Manushi Chhillar.

To end his speech, he said, "I just want to clear this issue ng negativity na binibigay nila. It doesn't help the candidate. It won't help.

"But this, no matter what the people say about the organization, they still continue giving work and charity to all the underprivileged Filipinos."

Arnold revealed that he was also invited to become a judge in the upcoming Miss World pageant. However, the talent manager opted to sit out this time.

Vanessa Ponce of Mexico will crown her successor at the Miss World 2019 pageant happening on December 14, 2019 at the ExCeL London.