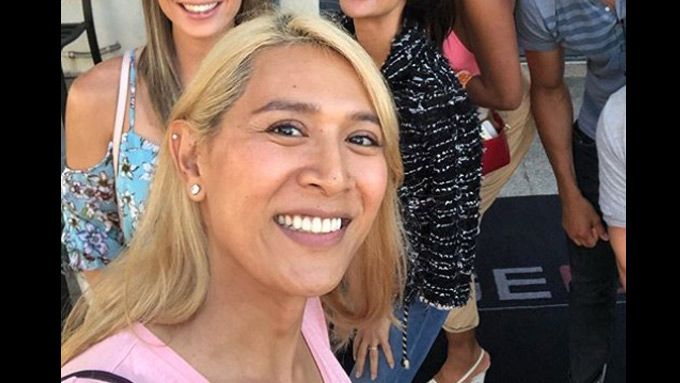 Transgender woman Angie King—known race car driver, hotelier, restaurateur, and owner of motor companies that specialize in vintage and classic cars—pays higher wages for people with disabilities in her employ than what the law requires.

And the first to benefit the most from her advocacy are the people in her employ.

"Women do get paid less in general. It’s harder for them to get promoted than the guys...

"Not just women, the PWDs [persons with disabilities]. We have PWDs in our restaurant, and we actually pay them the same as a regular staff.

"But, legally, by law we can pay them lower. I don’t understand that notion...

"Shouldn’t they be paid more because they have a disability? I don’t understand how that works in that area."

Angie further revealed, “In my own office, we actually do employ a transwoman and we’ve been open to hiring people of diversity.”

LGBT: TOLERATED BUT NOT ACCEPTED

She went on to say that the Philippines, although progress has been made in addressing equality concerns on a global scale in recent years, remains far behind when it comes to LGBT (lesbian, gay, bisexual, transgender) rights.

"It’s part of the industry already but, again, there [are] no rights.

"If you’re a gay couple and your partner gets sick, in the hospital, even though you’ve been partners for, say, 15 years, you have no say.

"So, let’s say your partner passes away, you cannot claim the body.

"If the partner goes into coma, you cannot decide for the operation because legally they have no rights because they’re not married."

Angie and model-host Joey Mead King have been married for several years when she decided to come out as a transgender woman on July 2, 2016.

According to Angie, “Normally, gay people cannot get married because the law here does not recognize it.

"Obviously, I’m different with Joey because I was a man and my marriage on paper is still man and woman.

"But if lesbian-lesbian or a gay-gay, they have no legal rights to the partner, especially in terms of, in times of illness and stuff—how’s that possible in the Philippines where there are so many gay couples?

"Ang dami dito, hindi ba? And yet those basic human rights, they do not have them.”

To this end, Angie said she has been working with Senator Risa Hontiveros on the SOGIE (Sexual Orientation and Gender Identity Expression) Equality Bill, which is also known as the Anti-Discrimination Bill (ADB).

She related, “We’re trying to push part of the SOGIE Bill to give legs into the LGBT community and make a bill that helps everyone and not just the LGBT.

"It basically educates everyone because the bill is to protect people like me and to educate people like yourself and everyone else.

PEP.ph (Philippine Entertainment Portal) spoke with Angie recently at the TLC Festival, an event that she lauded as a celebration of the “difference, authenticity, and unique personalities,” which make up the cable network’s family and viewers.

Angie told PEP. ph a big reason she decided to be part of the TLC Festival was because of its campaign I AM TLC.

She said, "I wanted to be on board because for them to actually use a transwoman as part of their campaign for Asia-wide—there’s Singapore, Manila, Thailand, and even Malaysia.

She singled out Malaysia because Islamic laws prohibit crossdressing and are tough on transgender people.