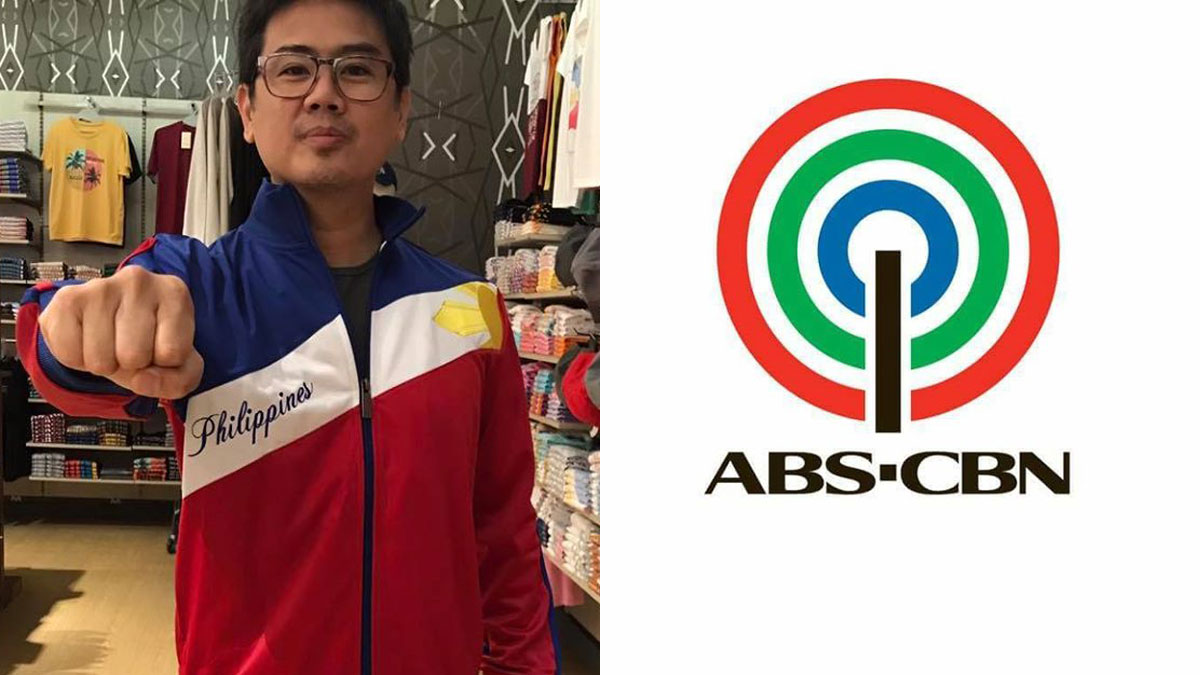 Jimmy Bondoc, Assistant Vice President for Entertainment of the Philippine Amusement and Gaming Corporation (PAGCOR) and a staunch supporter of President Duterte, makes a suggestion on how ABS-CBN can survive its looming closure.
PHOTO/S: Courtesy: Jimmy Bondoc / ABS-CBN News on Facebook

Saad niya (published as is), “The renewal of ABS's franchise has really been touchy, because though they have perpetrated horrible acts against public interest, there remain some very good individuals inside the network.

“Though we should not confuse good individuals with the network as an entity, syempre mahirap pa rin paghiwalayin.

“HOWEVER, as we all saw during the SEAGames demolition job, EVEN GOOD REPORTERS were manipulated by their bosses to create HORRIBLE slants and OUTRIGHT LIES which almost ruined the games.”

Saad ni Jimmy, “I was a first-hand witness, as I was interviewed by many of their reporters.

"Even before interviewing me, it was evident that they had already been ANGERED by their network.

“It is clear that the NETWORK as an ENTITY has its own life, and this entity controls its employees.

“These journalists and reporters sometimes DON'T EVEN KNOW that they are manipulated, because tribe mentality is difficult to combat.

“They think that they are independent thinkers.

"They think that the data the network presents to them are empirical.

“And yet? They were kikiam-ed.

“This is clearly why PDuterte wants this station closed.

“They are ungrateful recipients of a GOVERNMENT grant of a privilege.

“A franchise is a PRIVILEGE.

“That is the SOLE PREROGATIVE of the Representatives of the People, who now happen to listen and cooperate with the President of the land.

“And I can honestly say I am NOT in a state of schadenfreude. Not at all.”

Saad ni Jimmy, “In fact, I was wishing that the REPORTERS THEMSELVES would SAVE the network.

“It is actually in the reporters' hands to come together, and to agree amongst themselves to create better news.

“And by 'better,' I do not mean 'favorable to the administration.'

“But the Kikiam episode (and everything connected to the demolition) shows that the NETWORK is still hellbent on pursuing its own agenda.

“The simple point is that this network is no longer capable of creating balanced news.

“Not with its current structure, and "beholden-ness" to too many political organizations and individuals.”

Tanong pa ni Jimmy: “So, is it best to DENY the extension?

“Unfortunately, it seems that the only logical answer is YES.

“And sadly, even the network's employees, kung mag-iisip lang sila ng diretso, can blame no one else but the network itself.”