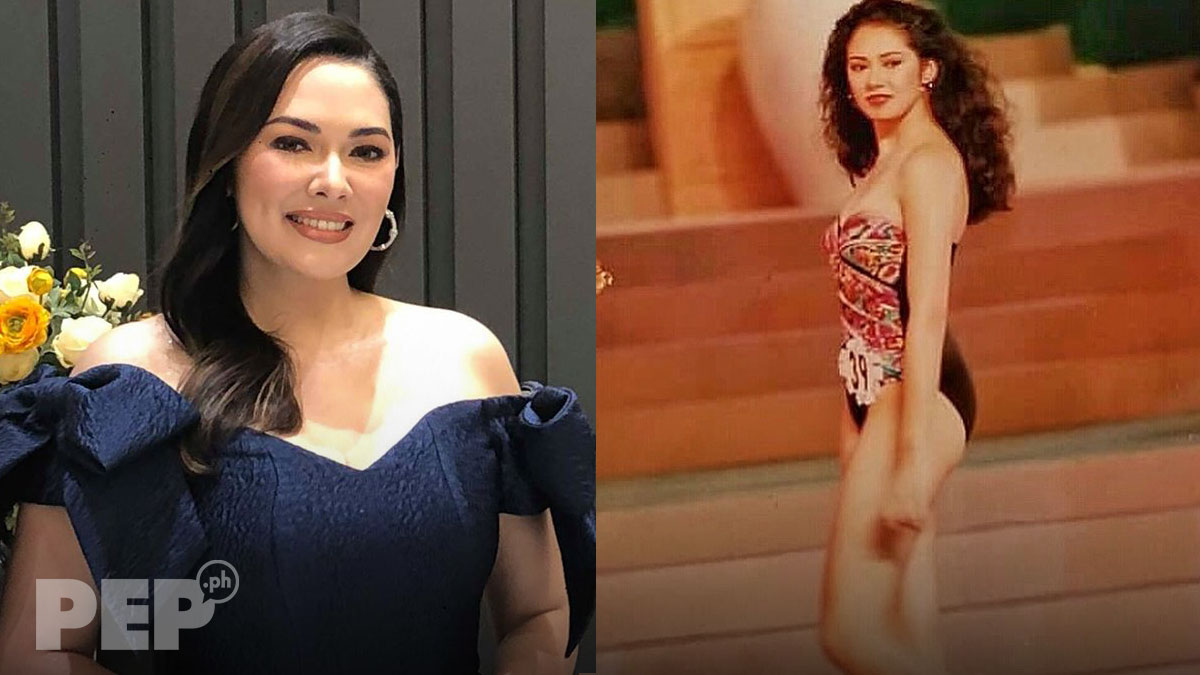 Ruffa Gutierrez on the departure of the Miss Universe franchise from BPCI: "Huwag natin kalimutan na the franchise was with them for more than 50 years."
PHOTO/S: Jerry Olea / Instagram

"It was really timely when I posted 'once a Binibini, always a Binibini,' because I grew up with Miss Stella Marquez de Araneta," she told PEP.ph (Philippine Entertainment Portal) at her launch as the newest face of CV Premiere Aesthetic by Cathy Valencia.

Stella Marquez de Araneta, a former Miss Colombia, is the chairman of BPCI and the first Miss International titleholder in 1960.

How did she react to the departure of the Miss Universe franchise from BPCI?

"Nagulat na lang ako when they posted the official statement, so I really can't speak much. I don't know the full details."

Ruffa remembered how in 1992, at the age of 17, she was the candidate chosen to represent the Philippines in the Elite Look of Year modelling competition in New York.

It was a prestigious competition that saw the likes of supermodels Cindy Crawford, Melania Trump, and Gisele Bundchen join from 1983 to 1995.

Ruffa related the statement by the BPCI to real-life situations that take us by surprise.

"Just like in life, people go through a lot of changes.

"I was part of that also for Miss World in South Africa, so if now times are changing, huwag natin kalimutan na the franchise was with them for more than 50 years.

"So I will always be grateful to Stella Marquez de Araneta."

As Miss World 1993 Second Princess, Ruffa couldn't be prouder of the queens who followed in the years after her.

"For me, we have been doing really, really well.

"The Philippines is always a top contender and I am just so proud in how we are able to overcome all the challenges in the past and be the way we are now."

She believes the Philippines is becoming known worldwide as a powerhouse of beauty queens, just like Venezuela and Colombia.

"In Asia, it's really Philippines, more than Thailand.

RUFFA ON Beauty queens THIS 2019

Ruffa said that she wished Michelle Dee would do well in the Miss World 2019 pageant held in London on December 14.

Michelle finished in the Top 12.

She also believed Patch Magtanong, the country's bet in Miss International 2019 held in Tokyo, Japan, should have placed higher than her Top 8 finish.

"Patch, the lawyer, she's very intelligent and I really believe she should try again. I think, sali na siya ulit."

Her message to Patch and the other beauty queens who failed to bring home the title?

"You know what, hindi naman ibig sabihin na hindi ka pumasok sa Top 5 or hindi ka nanalo, you don't have the makings of a beauty queen.

"It's also up to the judges. What's beautiful for me, may not be the same for them.

"You really have to thank your lucky stars as well..."