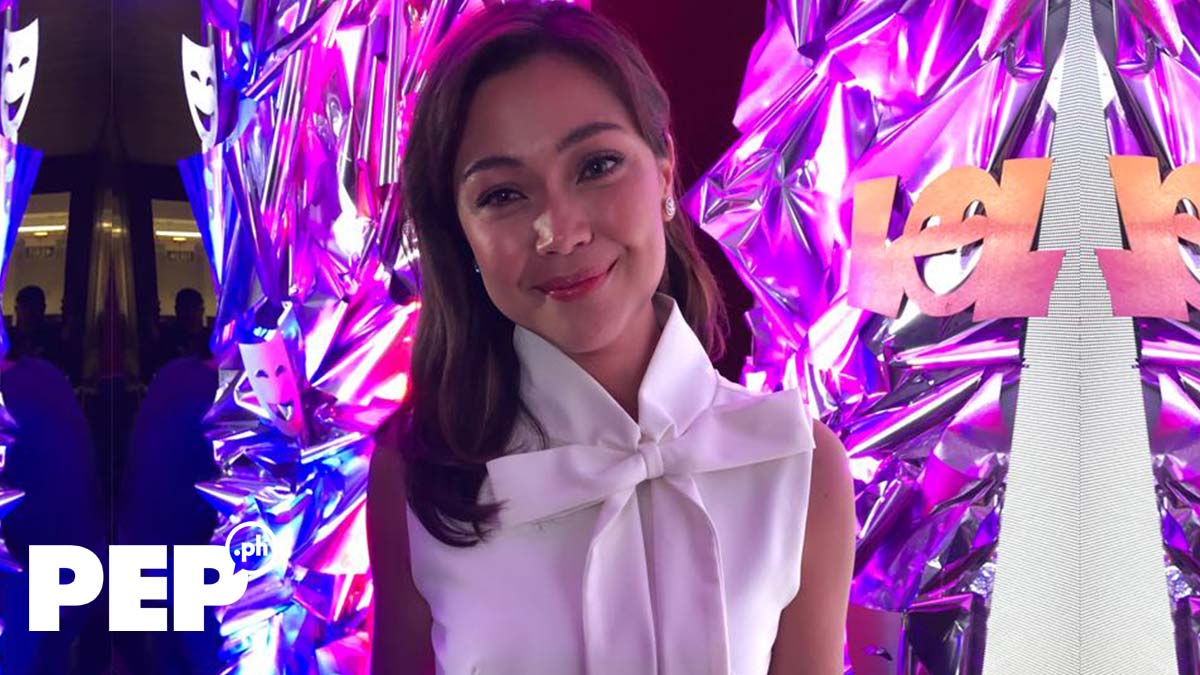 Jodi Sta. Maria embraces her "single blessedness." She leaves the idea of marriage to God's will, saying, "If it's the Lord’s will for me to get married in the future, why not? Kung hindi pa, then I will wait for His plans and purposes for my life. Ganoon lang po."
PHOTO/S: Noel Orsal

Jodi Sta. Maria is happy being a single woman.

"I am actually embracing my single blessedness."

Through her new series, which highlights the story of a single mother, Jodi hopes audiences will see the positive side of being single.

The Kapamilya talent continues, "Maraming mga tao kasi na, parang, minsan nagiging issue pagiging single. But then, you know, it's actually a blessing and it can actually be a very good thing.

"Natutunan mo na mag-rely sa love na meron si God for you and, eventually, yung love na meron ka for yourself instead of a love for a man.

"Of course, it's a nice stage where you can grow and discover a lot about yourself."

The My Single Lady media conference was held on January 10 in ABS-CBN.

THE IDEA OF MARRIAGE

Before embracing her new phase as a single woman, Jodi was in a six-year relationship with Cavite Vice Governor Jolo Revilla.

Without mentioning Jolo's name, the press asked Jodi for a comment about his recent wedding during the conference.

Does Jodi still have plans of getting married again?

The actress replied, "If it's the Lord’s will for me to get married in the future, why not? Kung hindi pa, then I will wait for His plans and purposes for my life. Ganoon lang po."