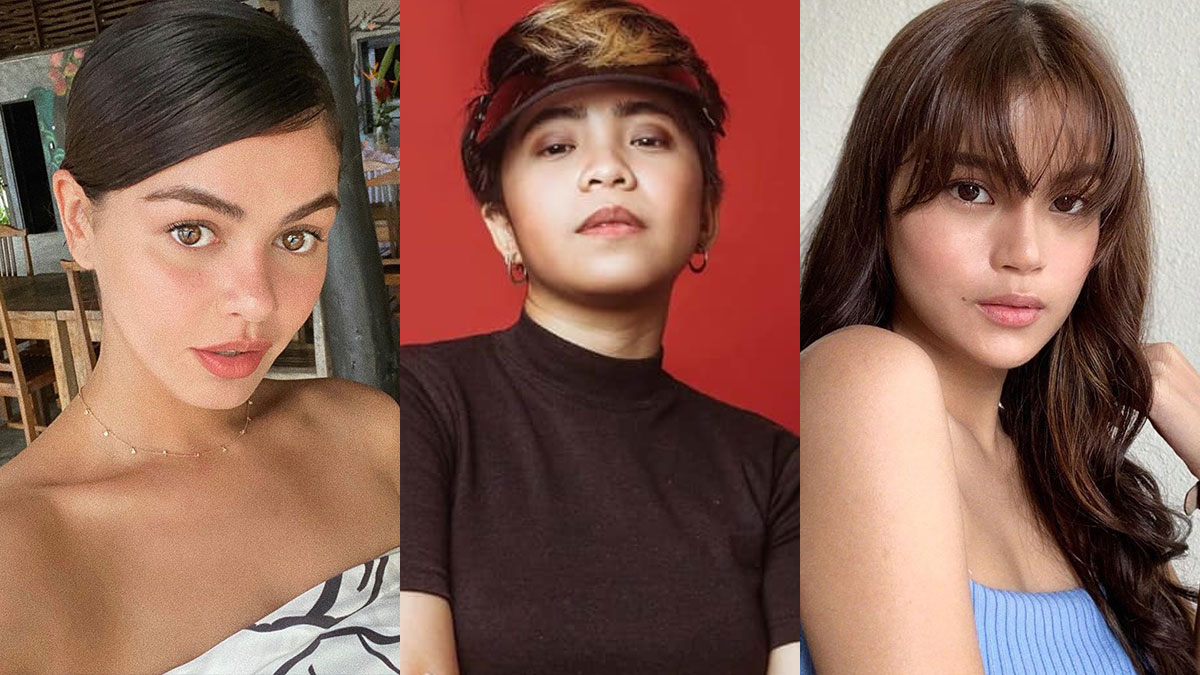 Janine Gutierrez (left) and Maris Racal (right) are among the celebs who called out multimedia artist Sam Morales (middle) for allegedly emotionally abusing a number of transwomen, including Jzan Vern Tero (not in photo), through catfishing.
PHOTO/S: @janinegutierrez on Instagram / Sam Morales on Behance / @mariesteller on Instagram

Multimedia artist Sam Morales became a trending topic on social media overnight after several transwomen stepped up and shared their stories of how they were catfished by her.

"Catfishing" is when internet predators fabricate online identities and entire social circles to trick people into a deceptive relationship.

In a series of tweets on Monday night, March 30, Cebu-based transwoman Jzan Vern Tero alleged that Sam preyed on her and used the identity of a guy named "Bill Iver Reyes" to trick her into a relationship.

Jzan met "Bill" on an online dating app, and the two engaged in an eight-month-long relationship.

According to Jzan, Bill said he was a 24-year-old art director and model based in Manila.

Later, she said she met Sam, who said she was Bill's "cousin/friend," who was willing to serve as their bridge after Jzan and Bill's first major fight.

Jzan went on to talk about her on-off long-distance relationship with Bill, including several canceled meetups and the sweet messages that made Jzan fall more in love, despite the red flags.

Jzan said she tried looking Bill up on social media but found nothing. Jzan later learned through a friend that Bill's identity was fake and that his real name was Bilko Wagan Argana.

Fast forward to March, Jzan flew to Manila to meet Bilko for the second time. They went on a date, with Sam hanging out with them.

It was after Sam left them alone at Jzan's hotel that Bilko confessed that their entire relationship was false and had been orchestrated by Sam.

According to Bilko, Jzan had been talking to Sam the whole time, not him.

Bilko also revealed that he did not have a Viber account, which is where their chats usually happened.

Bilko said he played along because Sam manipulated him into doing so. The price, said Bilko, was that he could lose his work as Sam's shoot assistant. He could also lose the modeling gigs that Sam gave him.

Jzan flew back to Cebu heartbroken.

Eventually, Jzan said, he received a call from Sam, who revealed that she was bullied by homosexuals in her youth, and was now exacting revenge.

Aside from Jzan, several transwomen also shared their stories about how they were catfished by Sam. Allegedly, Sam's other victims are Ish Colduza and her own friend, Josh Dela Rosa.

A number of celebrities weighed in, angry.

She posted on Twitter: "Evil takes a human form in Sam Morales."

"The emotional manipulation is a whole new level, and what happened to Jzan should be counted as rape!!!! Sam Morales should pay for this!"

BJ wrote on Twitter: "Habang wala pa silang statement, eto muna: THAT "level" of abuse manipulation towards our trans sisters (OR ANYONE) is unacceptable.

"If you really did THAT and you work in this industry, well, say goodbye to your career. There's no room for bigots here."