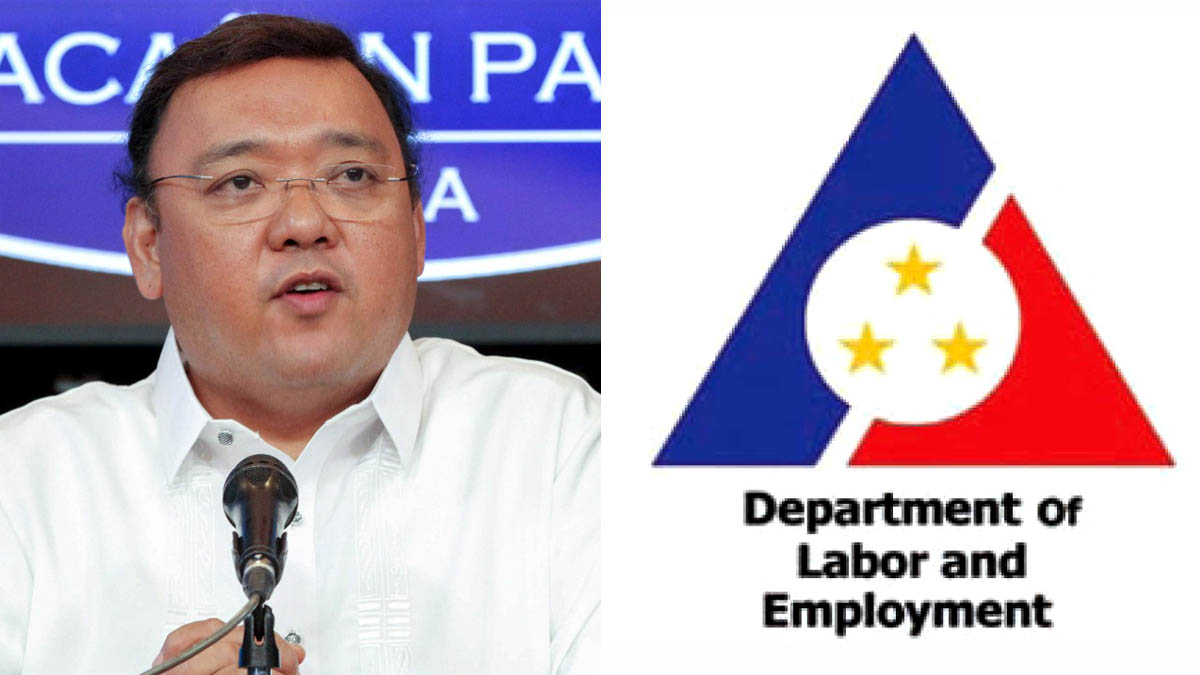 Malacañang on Monday, April 27, promised to look for more funds to finance cash subsidies for workers displaced by the enforced quarantine against the coronavirus pandemic.

In a virtual press briefing today, Presidential Spokesman Harry Roque admitted that the Department of Labor and Employment (DOLE) ran short of funds for its cash aid programs.

But on April 15, DOLE stopped accepting applications for CAMP after being overwhelmed by the volume of requests for aid.

The other DOLE effort is Tulong Panghanapbuhay sa Ating Displaced/Disadvantaged Workers Program (TUPAD) for workers in the informal sector.

TUPAD is an emergency employment program where beneficiaries are required to work for 10 days.

Workers will be paid based on the daily minimum wage rate in their region. 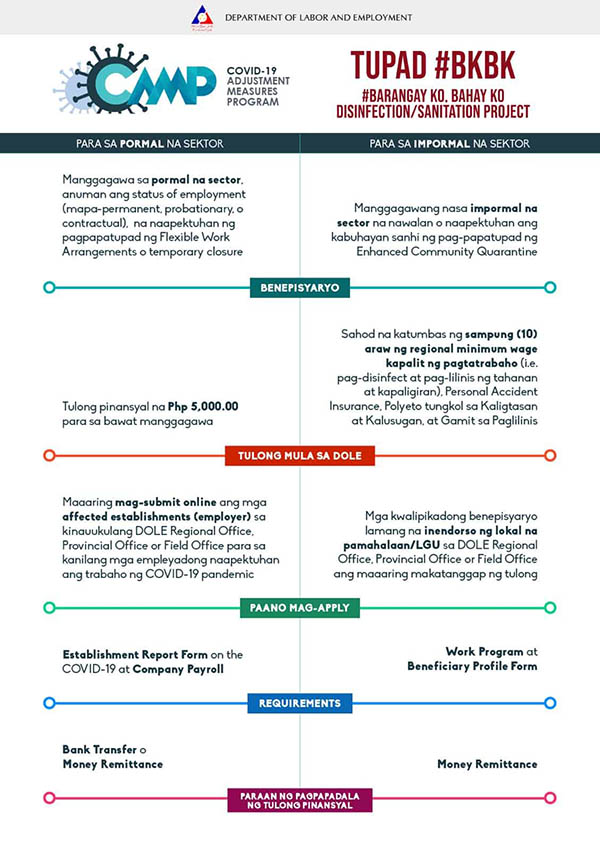 But like CAMP, the TUPAD program is now closed and will simply complete the ongoing employment until April 30, according to DOLE.

Roque assured the public that the government will provide other financial assistance programs for workers affected by the pandemic.

The program will provide PHP5,000-PHP8,000 monthly cash aid, for two months, for 3.4 million workers in SMEs (small and medium enterprises).

The amount will be based on the regional minimum wage rate.

Employees of small businesses who want to receive the SBWS will have until May 8, 2020 to apply, according to Department of Finance (DOF).

The employers, on behalf of their workers, will have to submit the application to the Social Security System (SSS).

Businesses that are compliant with the regulations of the SSS and the Bureau of Internal Revenue (BIR) will be prioritized.

The cash subsidy will be distributed by the SSS through the employees’ SSS Unified Multi-Purpose ID (UMID) cards enrolled as ATM.

As of April 25, Roque noted that DOLE has released PHP1.7 billion for the one-time financial aid for 345,865 CAMP beneficiaries.

Around 259,449 benefited from the emergency employment of TUPAD, amounting to PHP1.14 billion.

The DOLE, according to Roque, is currently implementing the PHP1.5 billion cash assistance program for 150,000 displaced overseas Filipino workers.

On Sunday, April 26, DOLE reported that more than two million local workers have been affected by the pandemic.

Nearly 1.4 million workers have been displaced by the temporary closures. More than 687,000 have reduced income.

Meanwhile, more than 230,000 OFWs affected by the pandemic have also asked for government assistance.

Roque said the biggest chunk, amounting to PHP250 billion, was released for the Department of Social Welfare and Development’s Social Amelioration Program (SAP).

According to Roque, the amount was downloaded to local government agencies (LGUs) for distribution.

SAP beneficiaries will each receive PHP5,000-PHP8,000 monthly, in April and in May.

With this, the total cash subsidies distributed to the public through SAP and DOLE are now at PHP305.3 billion.

Roque noted that the separate amount of PHP46.66 billion was spent in other COVID-19 response initiatives, such as the purchase of medical equipment and supplies for the Department of Health (DOH).

It also funded cash subsidies for poor rice farmers, with the help of the Department of Agriculture (DA).

Although that would leave the government just PHP45 billion budget for pandemic response, Roque assured the public that the administration still has enough funds to last until May 15.

The government, however, needs authority from Congress to use more funds for COVID-19.

Republic Act No. 11469 or the Bayanihan to Heal as One Act gave President Duterte the power to realign the 2020 national budget to fund programs that will help cushion the economic setbacks brought about by the pandemic.