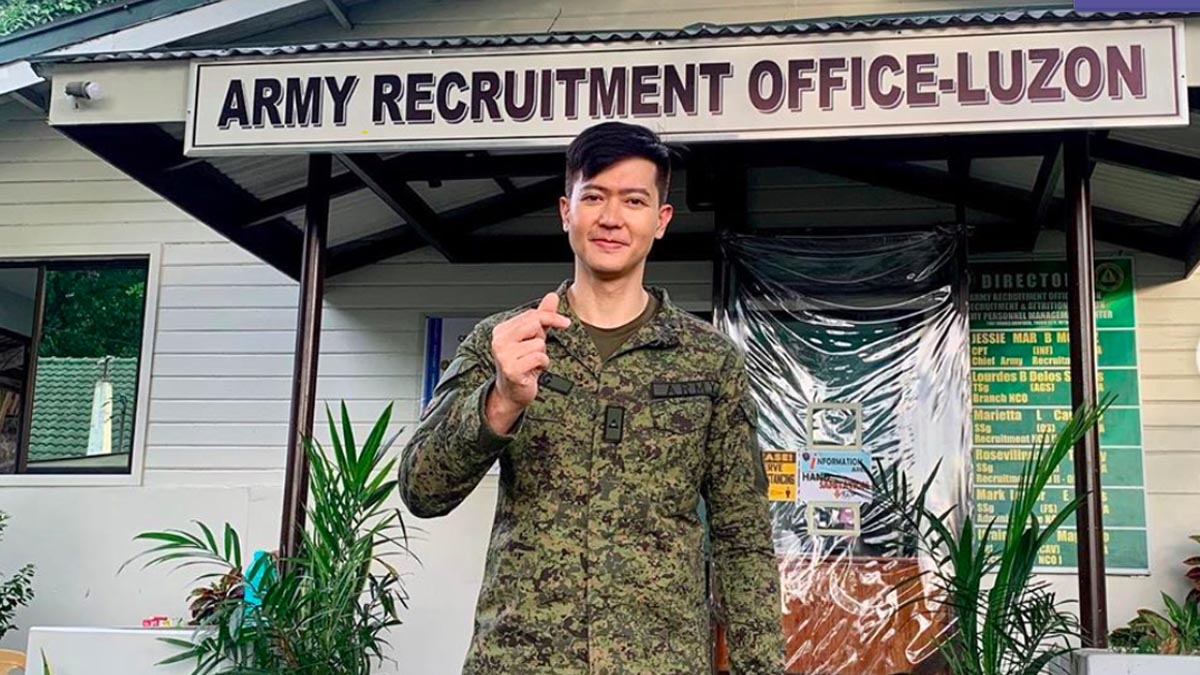 Singer and army reservist Ronnie Liang has been at forefront of the country's battle against the COVID-19 pandemic.

As he has witnessed the daily struggles of locally stranded individuals (LSIs), Ronnie decided to do something to help his fellow kababayans.

On July 29, Ronnie visited them at the Rizal Stadium and Army Gymnasium, and handed them free plane tickets.

He also performed a number of songs to boost the morale of his fellow frontliners.

He also recalled his own experience of being stranded, back when he was still shuttling between Manila and Pampanga at the beginning of his showbiz career.

He said in a Facebook post on the same day, "I know the feeling na gusto mo na talagang umuwi pero wala kang pamasahe. When I saw them, nabasag ang puso ko and it reminded [me] of the day na wala din akong pamasahe."

Ronnie also urged other Filipinos to help, unite, and stand together despite political differences.

“Seeing our LSIs like that, it breaks my heart. And we have coronavirus pa to face as a nation. Doble-dobleng pagsubok kaya doble-doble rin ang ating pagtulong,” he expressed.

Recently, the Viva artist recorded the song “Awit Kawal” as a tribute to soldiers killed by Sulu cops. As the song features soldiers’ service and dedication to nation, Ronnie also invited fans to consider joining the army as a way to serve the country.

Ronnie is set to resume shooting for his new movie Harang very soon.

In the meantime, the singer is excited to announce his new venture as an entrepreneur.

“Sabi nga nila, in the midst of chaos, there is also a good opportunity. Soon malalaman nila kung ano ang bago, but it’s a wellness center business," he said.

The current challenges brought by the COVID-19 pandemic inspired him to create this new business.

"Lalo na sa panahon ngayon, we need to really take care of ourselves. It’s important to have a healthy living.

"I want to build a business that will journey with people in attaining quality of life,” he ended.