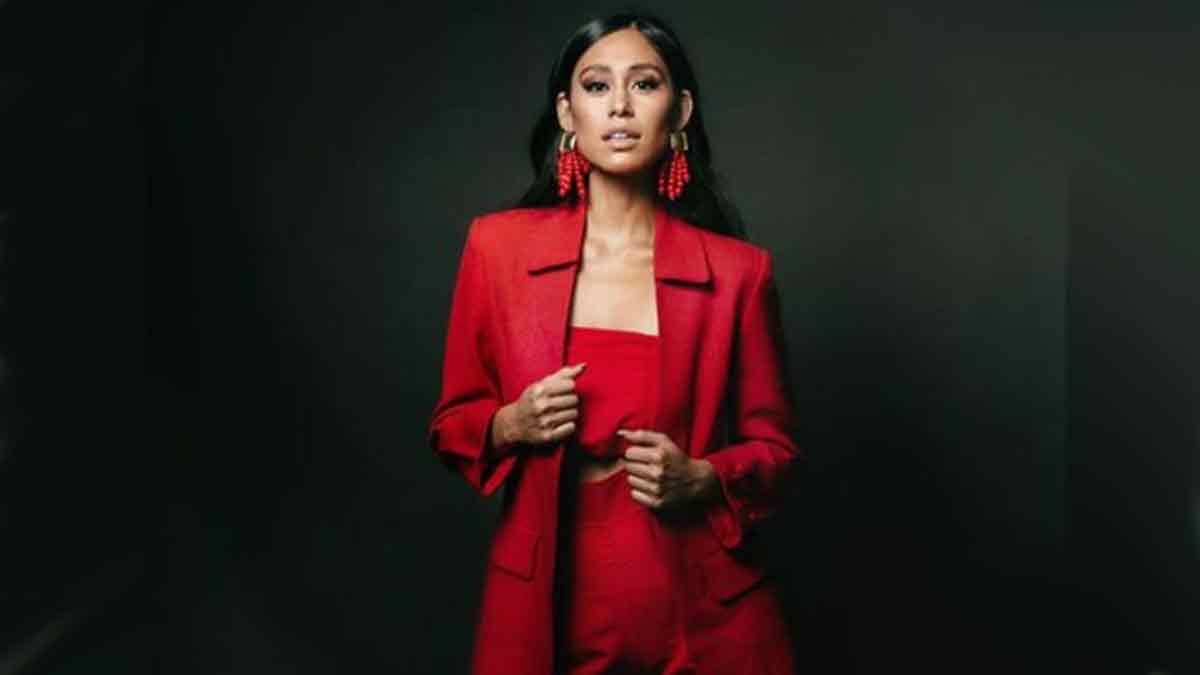 Christelle Abello represents the province of Aklan at the Miss Universe Philippines 2020 competition. The 26-year-old beauty queen is born and raised in the States, but she is pure Filipino.
PHOTO/S: @christelleabello on Instagram

Miss Aklan Christelle Abello almost quit the Miss Universe Philippines 2020 competition when the pandemic took a toll on the pageant.

"When the pandemic hit us, it's been really hard for us candidates, and I've reached the point when I thought about quitting and going home, and just saying goodbye to the pageant," the 26-year-old beauty queen told the press at her launch as the 2021 calendar girl of Ginebra San Miguel.

In her exclusive interview with PEP.ph (Philippine Entertainment Portal) after the virtual launch, Christelle elaborated on how the COVID-19 pandemic affected her psyche.

For one, preparations for the Miss Universe Philippines pageant have "changed drastically."

She said, "We had to shift from going out all the time to staying inside.

"And it also, of course, affected my mental health because I'm here sa Pilipinas alone, unfortunately."

Christelle's parents are currently based in Japan, while her sister is in the U.S.

"So, siyempre nakakalungkot din. It really affected my mental health."

But Christelle found a good reason to stay in the competition and see it through to the end.

"At the end of day, you know, I said, 'I'm here. I came here to be in this pageant, so there's no point of stopping.' I gotta keep on pushing and really still try to do my best."

Becoming a Miss Universe Philippines candidate had empowered her to launch a fund-raising campaign, which managed to raise USD1,200 or PHP58,305 and benefit five different organizations.

She said, "And also, what really pushed me is nag-shift na rin iyong vision ng Miss Universe Philippines. They shifted their vision to hone us as role models, as harbingers of hope, and they really wanted to push us to use our platforms to really uplift our community."

At the start of the pandemic, Christelle put up the "Kapit-Bisig Tayo" fundraiser, which went hand-in-hand with her advocacy "Bayanihan."

"Kindness can go a long way whether big or small. It really touches your heart. Like you've helped someone who probably is not in an as-fortunate role as you are.

"Because you know, at the end of the day, even if I am affected by the pandemic, a lot of people are having it a lot more worse. It's really sad, so I wanted to bring the spirits up."

Before venturing into the world of beauty pageants, Christelle was actually interested in entering showbiz.

Born and raised in the U.S., Christelle watched the original ABS-CBN series Pangako Sa 'Yo and admired its lead stars Kristine Hermosa and Jericho Rosales.

The Miss Universe Philippines candidate set out to make this dream a reality. At first, she thought of auditioning for reality show Pinoy Big Brother.

Then the chance to play bit roles on television came along.

"Actually, noong 2015, I was under a modeling agency and I actually booked my extra roles.

"I don't know if you know that movie All You Need Is Pag-Ibig with Kim Chiu, Xian Lim, Kris Aquino? I was an extra in that movie. Barkada ako.

ABS-CBN did a remake of Pangako Sa 'Yo in 2015. This time, young A-listers Kathryn Bernardo and Daniel Padilla took over as leads.

Christelle added, "And then after that, I was also a kinda of a nurse extra for GMA’s Eat! Bulaga for the segment 'Doktora the Explorer'... Every now and then I would speak sometimes, but I was there in the segment every single time. So, I have had some experience, but nothing crazy."

But before anything could come out of her efforts to join showbiz, Christelle began making waves in the pageant circuit instead.

She joined Binibining Pilipinas USA in 2014, a year before her first showbiz stint.

"They always encourage me to try and to try, and then I ended up winning the first pageant that I joined.

"Since then, parang, I gained the confidence to keep trying and to keep joining."

In 2015, Christelle joined the Miss World Philippines competition and finished in the Top 13.

Five years later, Christelle is back to represent her father's hometown Aklan at the Miss Universe Philippines 2020 competition.

The event is set to crown its next titleholder this October 25.

The preliminary round started with interviews.

Asked about her preparations, Christelle told PEP.ph, "Siyempre, I'm sobrang nervous. Pero, you know, I just have to do my best talaga.

"You know, just believe in myself and really have the confidence and just pray. That's just my mindset."