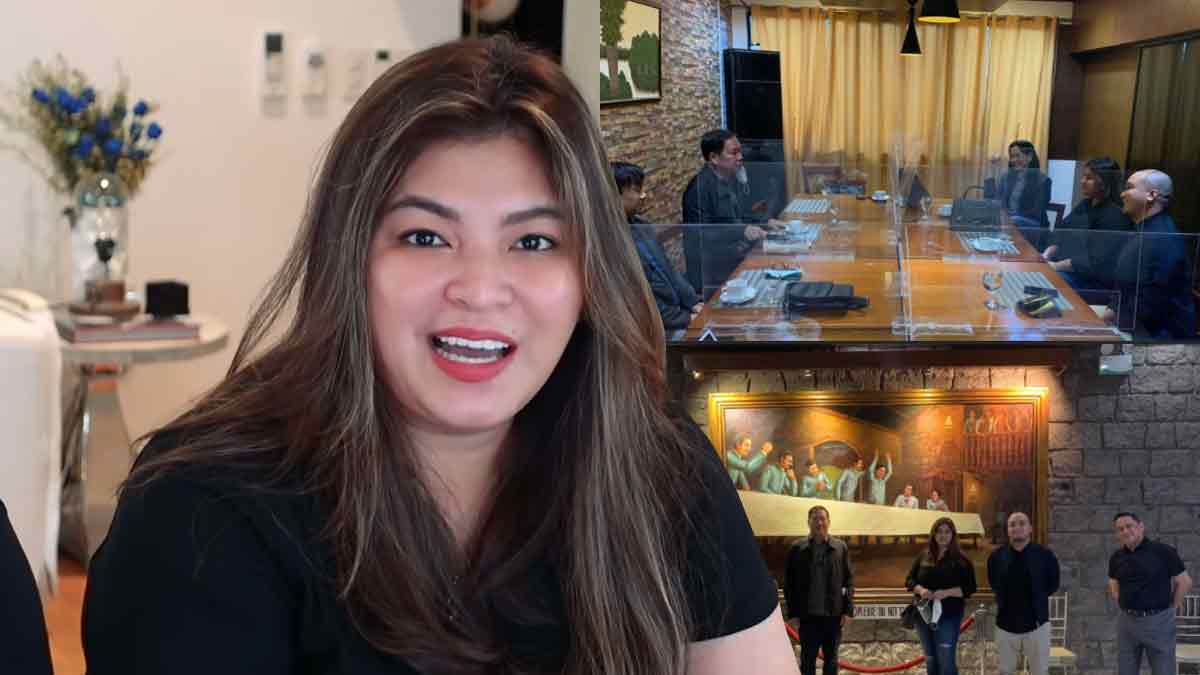 Atty. Joji posted photos of their meeting on her social media accounts and summed up the highlights of the meeting in the caption.

It read (published as is): "In a meeting held today between AFP Southern Luzon Command Chief Lt. General Antonio Parlade, Jr. and actress Angel Locsin, the issues that cropped up these past weeks including the allegations against her and her sister Angela 'Ella' Colmenares, were discussed, threshed out and cleared.

"Miss Locsin expressly denounces violence and terrorism in any form and supports all efforts of the government to maintain the safety and protection of its citizens.

"For his part, Lt. General Parlade conveyed to Ms. Locsin his appreciation for her contribution to the AFP and her continuing advocacy to help the poor, the impoverished and the helpless." 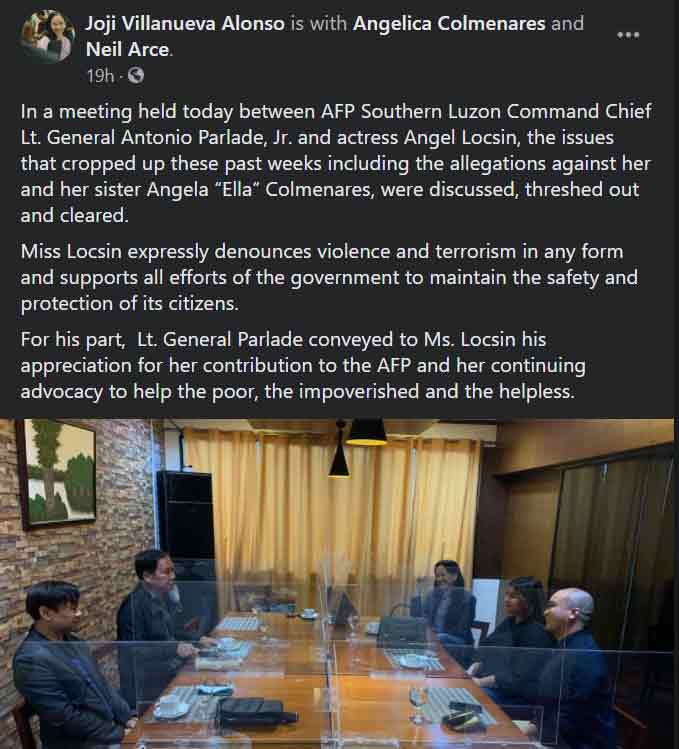 Parlade is the chief of Southern Luzon Command in AFP and is the spokesperson of National Task Force to End Local Communist Armed Conflict (NTF-ELCAC).

On October 14, 2020, a vlogger accused or "red-tagged" Liza Soberano of being a part of communist group New People's Army (NPA) after the actress participated in a webinar for Gabriela Youth.

Gabriela Youth is part of the women's right group Gabriela.

On October 21, Parlade took to NTF-ELCAC's Facebook page to weigh in on the accusation on Liza and said that it was "not fair" to red-tag her.

But the military general warned the young actress to stay away from Gabriela, a group that he insisted is a front of communist groups.

If Liza wouldn't do so, Parlade said she will suffer "the same fate as Josephine Anne Lapira."

Lapira is a 22-year-old UP Manila student who was killed in crossfire between military and NPA in 2017. She was a deputy secretary general for Gabriela Youth.

It read: "The choice is yours Liza. And so with you Catriona. Don't follow the path Ka Ella Colmenares (Locsin) took in the underground and NPA Quezon. I am sure Angel Locsin and Neri Colmenares will not tell you this."

Celebrities and fans reacted to these grave accusations and rallied behind Liza.

Defense Secretary Delfin Lorenzana in particular directed Parlade and other miliary officers to not red-tag anyone unless evidence is provided.

He said, "Kung wala kang ebidensiya, do not talk about it.

In an interview with ABS-CBN News that week, Parlade clarified he "wasn't threatening these women" and insisted, "Wala akong ni-red-tag." 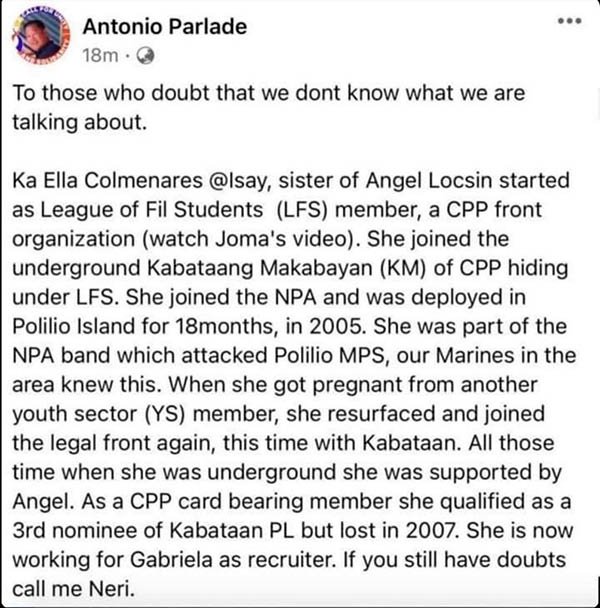 On October 31, Angel appeared on Teleradyo to answer the accusations thrown at her and her family.

Tearfully, Angel insisted that she "never associated [herself] with the NPA" and it was Parlade who was insisting otherwise.