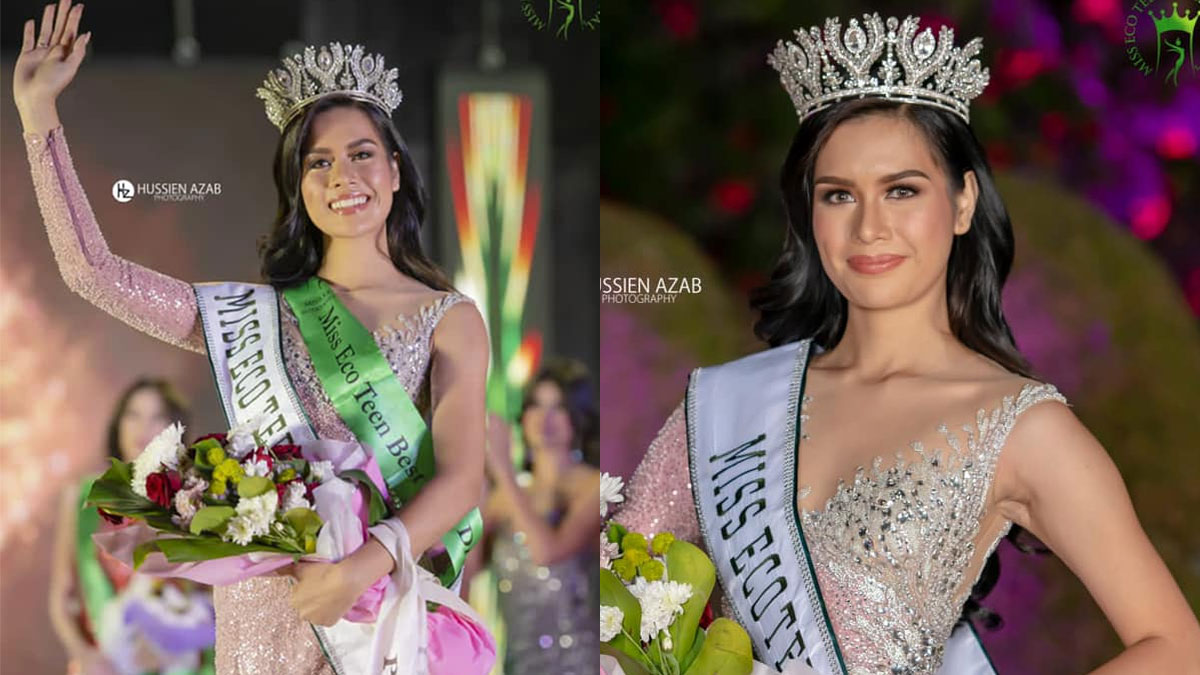 Ro-An was crowned Miss Eco Teen International 2020, Sunday, December 6, at the pageant's grand coronation night in the city of Hurghada in Egypt.

The 18-year-old beauty queen from Laguna bested 34 other contestants from all over the world participating in the sophomore edition of the competition.

Ro-An was among the standouts during the question-and-answer round of the competition with the top 15 candidates.

She was asked: "Do you think technology is hurting personal relationships and why do you think?"

Ro-An's winning answer: "Okay, first of all, social media is a very powerful tool that we use nowadays. It can be used as entertainment, communication to your loved ones—your family or your friends—and third is information.

"But more than that, I want to know... to the people, that social media can be a powerful change to use as information about what's happening to the environment.

“And that's my advocacy—spread awareness to the youth with regards to environmental issues via social media.

"Because social media is a very powerful tool that we use and we want that to be the voice of change. Because at the end of the day, this is our one and only home."

During the coronation night, Ro-An also bagged the award for Best National Costume.

Earlier in the competition, Ro-An won the Best Eco Dress award with her Filipiniana-inspired costume made of reusable plastic bags.

Ro-An was announced as the country's representative to Miss Eco International last November 18, 2020. She only had less than a week of preparation before she flew to Egypt on November 25, 2020.