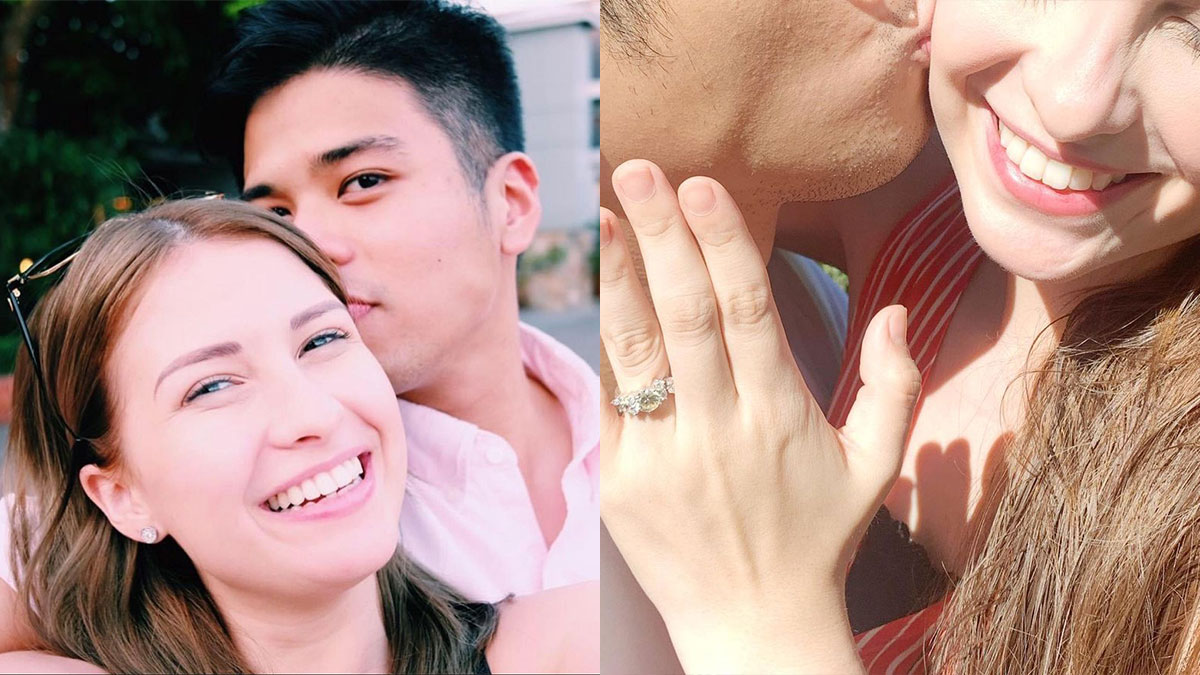 For her caption, Tippy wrote, "I love you, @porcunamatata [emoji] Since October 30, 2016, after flight PR102, you have made each day brighter. [emoji]

"I can’t wait to start this new chapter with you, my love. Everyday in every way. [emoji]

"Thank you for all the congratulatory messages, everyone! We are grateful for your love and support. [emoji] Merry Christmas!" 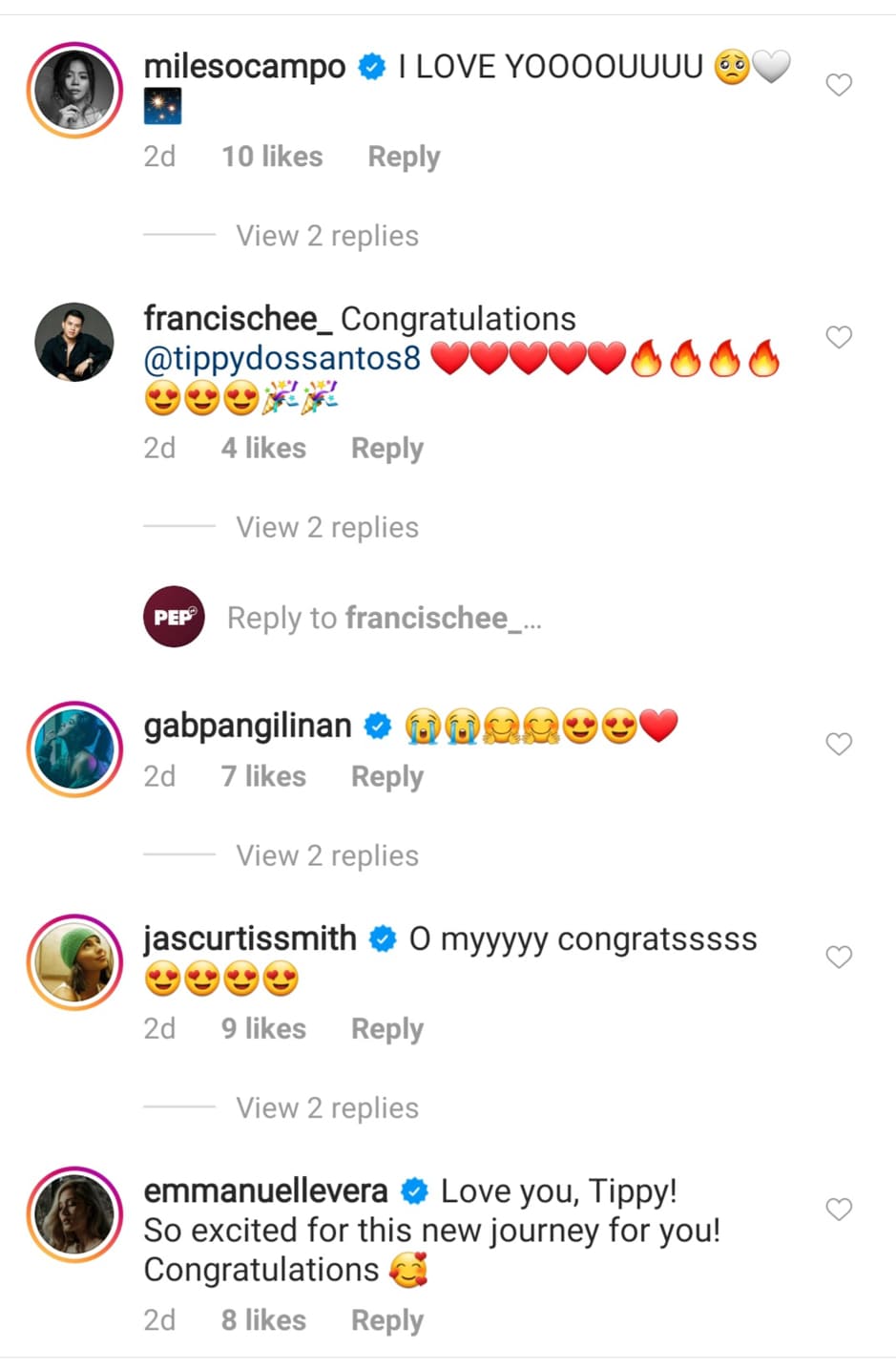 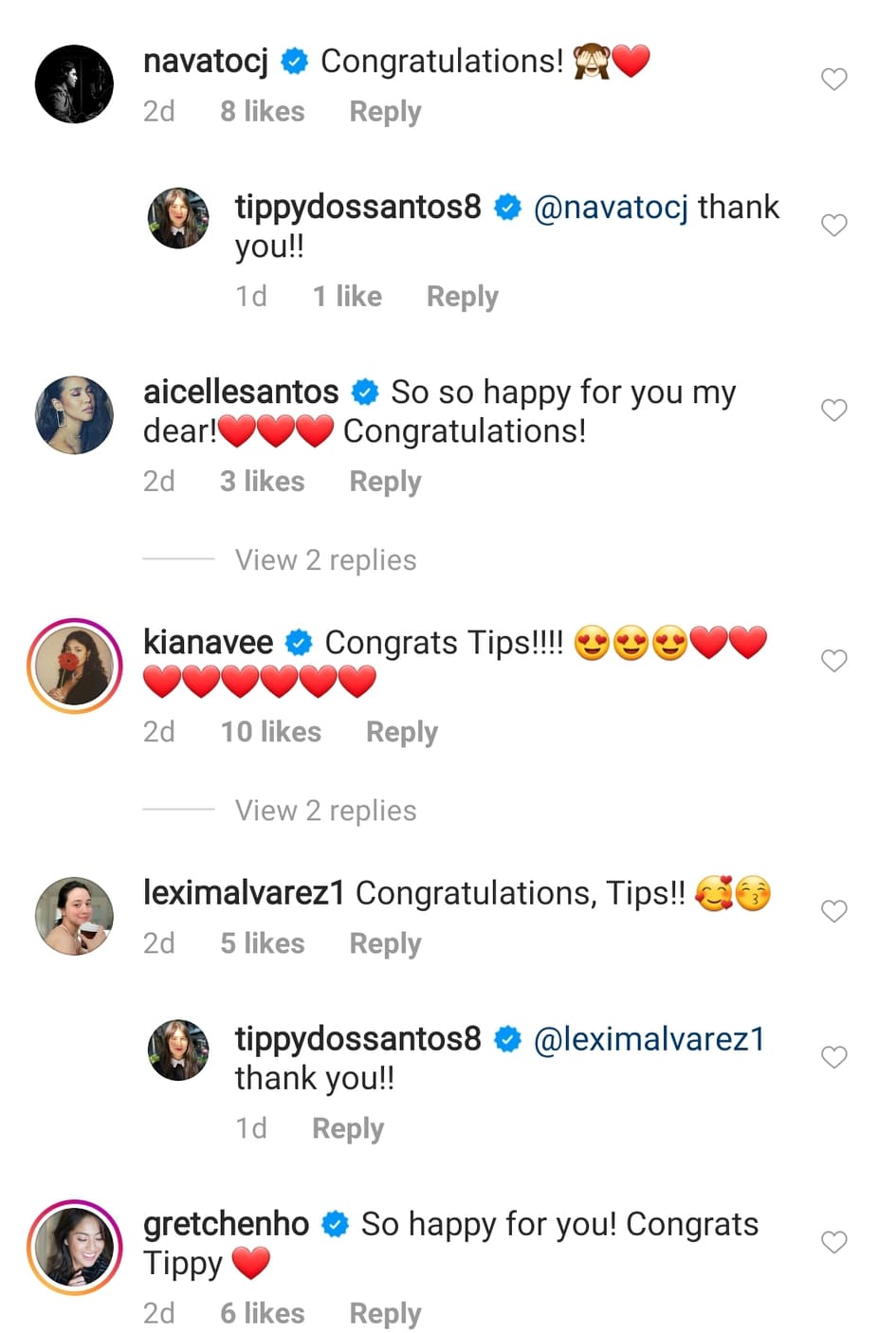 In a vlog posted on YouTube last February 22, 2020, Tippy said that she and Miguel have officially been together for two years and ten months at that time.

Miguel also courted her for seven months before they made their relationship official.

In the same vlog, Tippy and Miguel revealed how their relationship started. The two actually met around 2008 or 2009, through Tippy's cousin.

Miguel added, "Kasi Oh Wonder and Churches yun, e. Oh Wonder was opening for Churches and I love them both talaga."

He also sent Tippy some flowers on Valentine's Day in 2016.

"I tried to listen to that CD, but I was never able to listen to it. May mali sa pagka-burn. Burning pa nun, burning pa yung ginagamit nung time na yun. Wala pang USB-USB."

After a few months, Miguel said Tippy started appearing in his dreams.

"So, tinext ko si Yen and si Chot, sabi ko,'Should I act on this?' Si Chot, sabi niya, 'Maybe the universe is telling you something so just patiently wait for it or whatever.'"

Fate actually brought the two together.

At that time, Tippy and her family were set to visit her grandmother in the U.S.

Miguel later found out that Tippy and her family are boarding the same flight he's currently in as a flight attendant.

Tippy added, "Nung time kasi na ito, nung night before I left for the States... This is for me to see my grandmother wo is very sick at that time."

Miguel went the extra mile and took Tippy and her mom around the following day.

Tippy recalled, "After we met dun sa airplane, may dalang cookies, nag-aano siya na he will take us out the next day.

"And then, as for me, nahihiya ako kasi hindi ko naman talaga siya masyadong kilala.

"Pero my mom was, like, 'Maybe it might be nice for somebody who doesn't really know what we're going through right now.' Because my grandmother was really sick, na to take us around.

"And that's what happened. Nag-Panda Express, he helped us Christmas shop. And that's it. And the rest is history.

"It was a slow start for us. I really didn't feel anything. So ayun, and here we are."

Tippy hasn't been active in showbiz for some time to focus on taking up law at the University of the Philippines in Diliman, Quezon City. But the Star Magic talent keeps her fans updated through her YouTube channel.