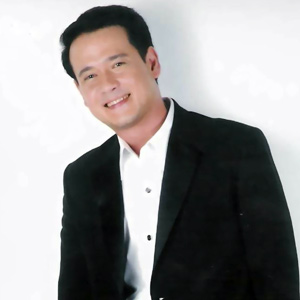 "When we started with the Bagets Foundation, everyone was so excited. There's this and that as far as projects are concerned; including this movie na nga. Kaso, I think Aga [Muhlach] doesn't want to do it anymore... Ako, nawalan na rin ng gana. It's just that not everybody is cooperating," explains Raymond Lauchengco about Bagets reunion movie.

Full circle si Raymond Lauchengco sa pagbabalik niya sa Viva, his home studio. Introduced noon as one of the stars of the quintessential youth movie of the ‘80s, ang Bagets, which also launched the careers of Aga Muhlach, JC Bonnin, and Herbert Bautista while firmly establishing William Martinez at the forefront of matinee idols.

Raymond went on for a while, naghahati between being a singer and an actor. Then, nawala na lang siya.

"I was so young then, and everything came to me suddenly—the popularity and all. I got burned out. When I was young, I thought showbiz will not be my life, I wanted to study, become a pilot, a doctor. So I left. I was also a late bloomer," paliwanag ni Raymond sa isang mini-press con kahapon, December 10, na ibinigay ng Viva Artist Agency (VAA) kung saan pumirma si Raymond ng management contract.

Three years ago pa lang nakapag-asawa si Raymond, kay Mia Rocha. While out of showbiz, Raymond tried everything from photography to teaching. It was lately that he realized that singing is his true passion.

Last year, Raymond launched a comeback album from Vicor Records featuring all his hit songs—from "Saan Darating Ang Umaga" to "Farewell." He also did several concerts, solos and with partner. For his collaboration with Ayen Munji sa The Best of Us, they won the Best Concert Performance-Collaboration sa Aliw Awards.

Sa interview namin, we likened his album to that of Michael Buble, but Raymond said it was in the fashion of Tony Bennett.

"When we started with the Bagets Foundation, everyone was so excited. There's this and that as far as projects are concerned; including this movie na nga. Kaso, I think Aga [Muhlach] doesn't want to do it anymore. I can understand his point of view. Noong nagsisimula naman talaga kami, Aga wanted to go solo. That's why after Bagets, he didn't return na rin sa part two. Ako, nawalan na rin ng gana. It's just that not everybody is cooperating," lahad ni Raymond.

"No, discouraged is the word," sagot niya. "They kept on bugging Aga to do it, pero ayaw na niya nga and I respect that. Ang sa akin, it's gonna be all or nothing. Do the movie with all the original cast or don't do it at all."

While he is lukewarm sa reunion movie ng Bagets, Raymond is all for its remake na gagawin naman ng ABS-CBN.