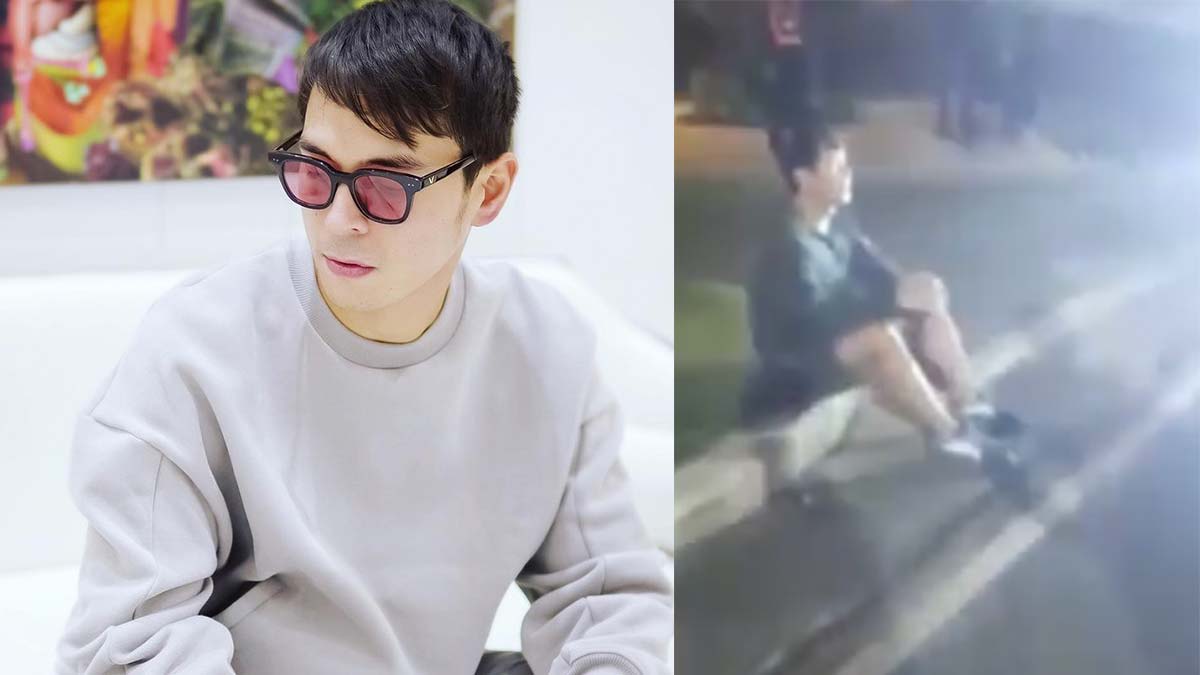 Actor Jake Cuenca allegedly got involved in a police car chase from Mandaluyong to Pasig that ended up getting a Grab driver shot on Saturday night, October 9, 2021.
PHOTO/S: @juancarloscuenca on Instagram / Screengrab from El Theatre on Facebook

Actor Jake Cuenca was reportedly involved in a car chase with police that ended with a Grab driver shot by a stray bullet on Saturday night, October 9, 2021.

According to Facebook postings, the incident happened at the corner of Shaw Boulevard and Meralco Avenue in Pasig City.

Actor Jake Cuenca allegedly got involved in a police car chase from Mandaluyong to Pasig that ended up getting a Grab driver shot on Saturday night, October 9, 2021.
Video: FM Ganal.

Facebook page El Theater uploaded a video of the incident, and wrote a video description saying there was a gunshot and that a Grab driver was hit.

In the video, the person recording went close to the actor and can be heard saying: "Si Jake Cuenca iyan, yung artista..."

Another one responded: "Oo nga lasing..."

The video did not have a clear view of the person they said was Jake Cuenca, but at one point the actor's voice can be heard saying: "Bossing, wala talaga akong sinagasaan."

Facebook page Marth TV uploaded a video of the Grab driver being rescued by an ambulance.

According to a netizen, Jake was allegedly being chased by the police from Mandaluyong to Pasig.

During the chase, the Grab driver was allegedly hit by a stray bullet.

The netizen later alleged that Jake was involved in an accident earlier that evening and had made the move to run from the police.

Another netizen commented on the post, saying the Grab driver was brought to Rizal Medical Center in Pasig. 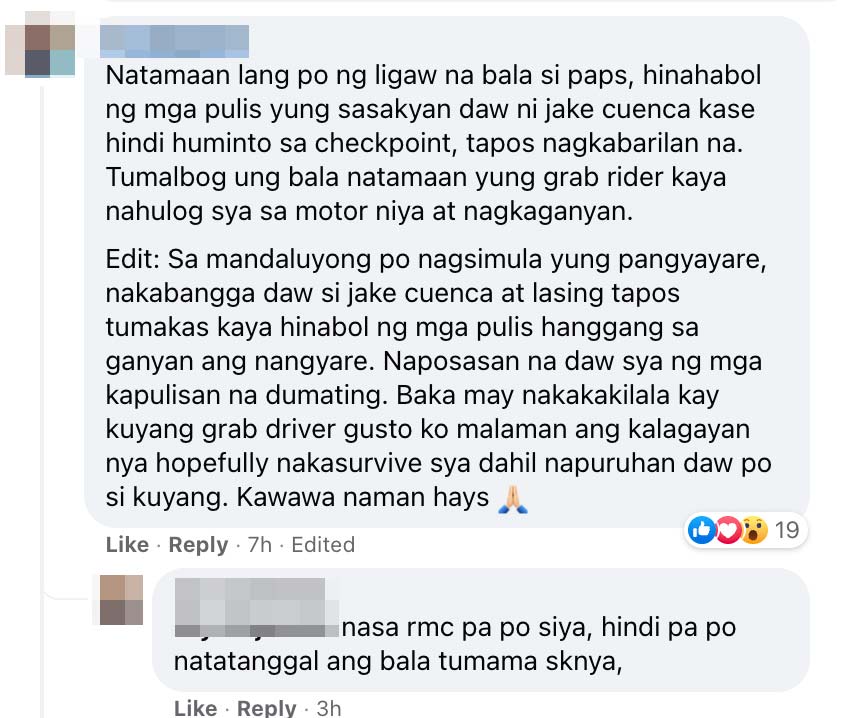 According to Baccay, a passing SUV bumped against a police vehicle at around 9 p.m. on October 9, while there was an ongoing anti-Marijuana operation in Mandaluyong.

The driver of the SUV, which the police later identified as Jake, did not stop and continued driving until they reached Shaw Blvd. in Pasig City.

Eastern Police District Director Baccay also did confirm that there was a victim of a stray bullet during the police chase.

In his update on the Grab driver, Baccay said that the gunshot victim was already in stable condition.

"But nonetheless, I instructed to POP ng Mandaluyong, Col. Mel Onos, na to take care of all the needs of this victim. Yung tinamaan ng stray bullet."

Baccay told Dobol B TV that Jake is now in police custody, and was undergoing a medical examination at the time of the radio interview.

He neither confirmed nor denied whether the actor was under the influence of liquor until the results of the medical examination is released.

Eastern Police District Director Baccay added that nothing illegal was found inside the actor's car.

The actor will face inquest proceedings for reckless imprudence resulting in damage to property.

PEP.ph (Philippine Entertainment Portal) has reached out to Star Magic, Jake's management, for a statement regarding the incident.