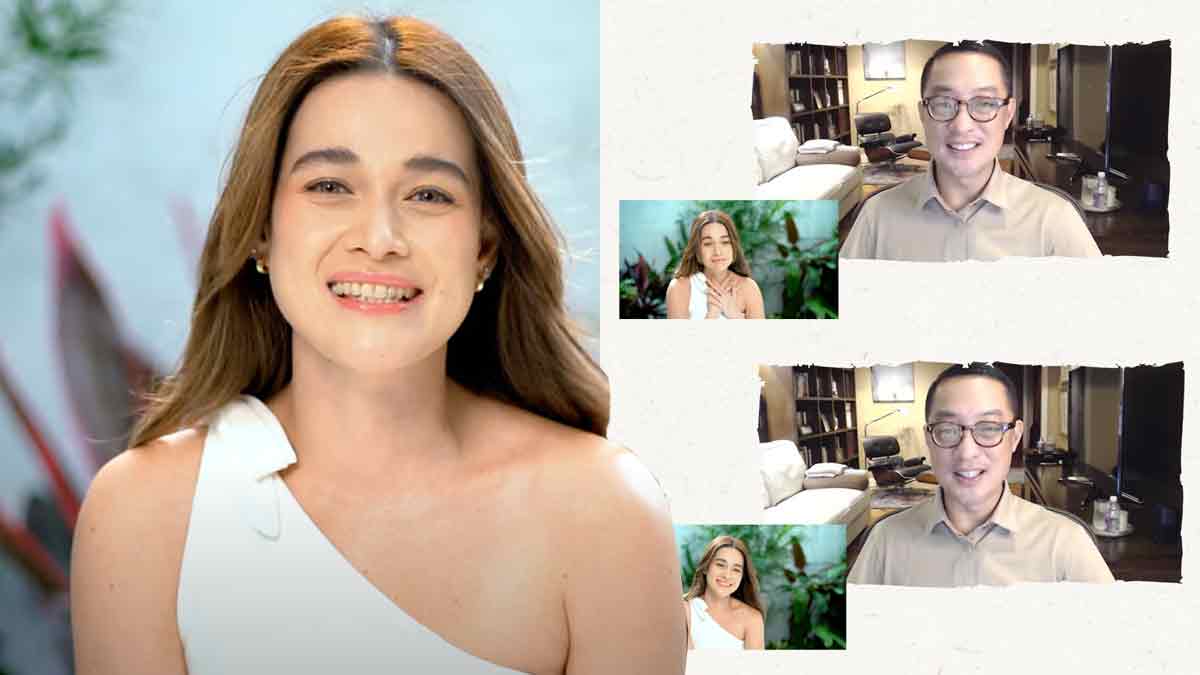 Despite her transfer to GMA-7 a few months back, Bea Alonzo remains on good terms with her former network's prized artists and top executives. Among the latter is ABS-CBN president, Carlo Katigbak, who surprised Bea with his short but heartfelt video greeting.
PHOTO/S: Screengrab from Bea Alonzo on YouTube

ABS-CBN President Carlo Katigbak was among the surprise birthday guests featured by Bea Alonzo in her vlog.

Bea, who turns 34 on October 17, received a surprise from her video team. They rounded up some of the actress's closest friends and colleagues to make a special edition of #AskBea.

Among the top personalities who appeared in the special clip was Katigbak, who fondly recalled Bea's love for singing.

He said, "You know, I’'ve heard you sing twice—once with Anne [Curtis] in ABS[-CBN] and another time onstage during one of your birthday parties. So, my question for you today is: will you sing for us on your birthday?

Bea, who was visibly shocked by her former boss's appearance, immediately gave a message in response.

"I hope we can do it again kapag lahat na ay safer. I hope we can get together again. Thank you for the message! I love you, I miss you so much."

Bea's close friends from the Kapamilya Network also took part in the video. Angelica Panganiban, Angel Locsin, Enchong Dee, and Judy Ann Santos were among those tapped to ask a question.

Johnny Manahan or Mr. M also appeared in the video.

Bea made headlines this year when the homegrown ABS-CBN talent decided to transfer to GMA-7.

The actress signed her exclusive contract with the Kapuso network on July 1, 2021.

In her vlog, Bea opened up about leaving her first home network. She said, "Gusto kong mag-focus ngayon sa positibo, and alam ko in my heart na I got the blessing of my past bosses.