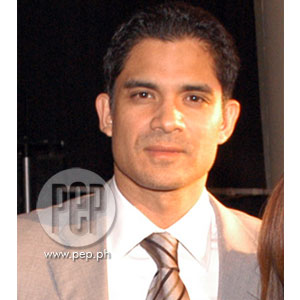 David Bunevacz, the former president of Beverly Hills 6750, is presently in Manila working on his case against his former business partners.

The Agreement was "entered into 8th day of September 2005" and signed by both parties on "December 2005." The Agreement stated that the Beverly Hills Surgical Institute held office at 2236 S. Barrington Avenue, Los Angeles, California, USA, 90064.

PEP tapped a private investigator-female, professionally licensed, and based in Los Angeles-to secure photographs of the office building mentioned in the Agreement. She did. Those photos are uploaded HERE.

Clearly, the building façade bears no sign of the Beverly Hills Surgical Institute.

It is now 2008. Could the Institute have been an occupant in 2005 but moved out after December that year? To find out, our U.S.-based investigator did additional research on the office building's history. She focused particularly on 2005, the year the Agreement was presumably prepared and signed, and the year the Agreement clearly stated that the Institute held office there.

These disturbing facts emerged: In the months of September to December 2005, when the contract was purportedly prepared and signed by Beverly Hills Surgical Institute and Beverly Hills 6750, the building in question was vacant. It had no occupants.

Inquiries made by the American researcher with listed U.S. brokers also revealed: "The location had been vacant since February 2005."

In other words, the Beverly Hills Surgical Institute could not have held office in 2236 S. Barrington from September-December 2005 because the building was empty at the time. The building had definitely no tenants from February-December 2005, and possibly beyond that time. How then could the Institute have claimed, in a legal document such as the Franchise Agreement, to be holding office there?

The U.S. investigator further reported: "But in early 2002, the partners were said to have a falling out and BSSI's assets were dissolved into two separate entities. The first group, consisting [of] two of the three original partners formed a new corporate group called Beverly Hills Physicians, which held offices in Beverly Hills, Encino, Oxnard, San Gabriel, Thousand Oaks, Torrance, and Valencia. http://www.beverlyhillsphysicians.com/facilities/encino.php

"The other group was led by the third partner, Dr. Daniel Shin and retained the name Beverly Hills Surgical Institute. However, as part of the agreement among original partners, he did not get the Beverly Hills address. Instead, the main office was set up in Long Beach. It also had offices in Upland, Irvine, Pasadena, and Riverside-all in California.

"By early 2005, three of its [Dr. Shin's] five offices closed down, leaving the Long Beach and Upland offices open. By end of 2006, these two remaining offices were closed and, to date, BHSI no longer has an office."

Bunevacz wrote in his email to PEP (published as is): "It was only a few months after we signed our agreement had Dr. Shin separated from his partners and went on his own..." Actually, David and Dr. Shin signed their Agreement during the period September-December 2005, but Dr. Shin had severed ties with his partners as early as 2002.

Therefore, when David told the Filipino public in November 2006 that Beverly Hills 6750 was affiliated with a highly successful franchise, he conveniently forgot to mention that, four years earlier, the franchise he was crowing about had been cut to less than half of its original clinic reach. Dr. Shin's side of the business, according to our U.S. investigator, could not claim to have more than five clinics, and these were around for the rough total of only one year.

David's email continued (published as is): "[Then] recently, as in the past few months have they shut down their other clinic because of financial problems that they had."

David's email was dated December 27, 2007. Our U.S. investigator asserts that the last two offices of Beverly Hills Surgical Institute, the operation Dr. Daniel Shin ran, closed down "by the beginning of the fourth quarter of 2006."

That puts the Institute's closure at September 2006, or more than a year before David's email, and not "recently, as in the past few months," as he claimed.

More disturbing, if no one had asked, the public would not even have been told that the Institute had closed as far back as 2006.

DAVID'S SIDE. PEP's latest email to David, sent two days ago, January 28, was upfront in telling him about the discrepancy in dates. We told him that the year he says the remaining Institute clinics closed down, 2007, contradicted the claim of our American investigator, 2006.

PEP also told him that this posed a big issue: At the time Beverly Hills 6750 was launched, the Institute no longer had a single clinic in operation.

David wrote back (published as is): "Absolutely not, they had a clinic in upland, long beach, and were building out the new beverly hills location and just about finished it when they had to stop. They even asked permission to use our logo which i designed. When we started negotiations they had many locations then the partners split but I was assured that they were going to build out a new beverly hills location which they did start."

PEP replied with this follow-up question: "Would you, by chance, know when the partners had the split up? A researcher in the US said it was in 2002. Would you remember the month and year when the last office of BHSI closed down?"

David's reply to PEP (published as is): "december 05 was the split and the last Beverly Hills Surgical Institute office in Long Beach closed last August of 07. I just Talked to Tom Oseransky. He along with I don't know where the year 2002 came up but that is definately a false research outcome. I am sure they researched another beverly Hills company or got their information mixed up. I wasn't even thinking about doing this business in 2002."

David said the investigator was wrong: "No, the last bhsi site just closed in 2007 August in Long Beach.I had dinner with the original partners in 2005 summer and they were still going strong. This is when I started to put together the company.We were originally contracted to pay 75kusd [75 thousand U.S. dollars] as a downpayment but since they seperated I was able to bring it down to only 10k usd. If there has to be I am sure Tom Or Dr. Shin can prove that their upland and long beach offices were going strong in 2007 until August."

PEP asked him for the exact address of the main office. He did not give one.

Instead, he emailed: "When I visited them i would go to their main office and call center building on Olympic when the negotiations were going on when the partners were still together.Then after I would visit them in their Upland office which was in the website."

PEP persisted in asking for the address: "Do you remember the address? The website did not specify the actual address."

David, to this date, has not emailed his reply to the question, nor has he forwarded any address.

Since then, PEP has communicated with its L.A.-based professional investigator again. She reaffirms the correctness of her data. (The full response of the investigator will be posted in PEP in the coming days.)

If Beverly Hills 6750 did not know about the closure of the U.S.-based Institute, then was David Bunevacz the only one who knew?

If Beverly Hills 6750 knew, then who conspired with Bunevacz to keep the information hidden from the public?

As it is, all the existing publicity materials of Beverly Hills 6750 still proclaim its affiliation with the Beverly Hills Surgical Institute, announcing with pride that it is the only the Institute branch outside the U.S.

The following text was taken from Beverly Hills 6750's website only this January 29, 2008:

"Beverly Hills Surgical Institute (BHSI), more than 10 years ago, started and brought aesthetic plastic surgery into the mainstream of the Hollywood community. Over the last few years, they have added aesthetic dermatology and weight loss programs to their menu of services. They take pride in their fully accredited state of the art facilities, multiple convenient locations, and the support of a strong team of medical professionals and technicians. Their facilities are located throughout Southern California, including Beverly Hills, Brea, Encino, Irvine, Long Beach, Palm Springs, Pasadena, Riverside, West Hills and Upland."

PEP asks these questions: Why does Beverly Hills 6750 still claim to be affiliated with something that no longer exists? Why does it position itself as the first and only branch outside the U.S., when the Institute no longer had a single viable clinic at the time of 6750's launch?

NO COMMENT. PEP attempted several times to get an official statement from Beverly Hills 6750.

Last January 7, PEP, again through Karen Pagsolingan, asked for a meeting with the representatives of the clinic. She said PEP would like to speak with its spokespersons, or board members, or officials. She was told to wait a few days. But clinic receptionist "Jomarie" assured Karen that PEP's request and inquiries have been relayed to "management."

On January 11, not getting word from the clinic, Karen called again. This time she was directed to a certain "Mia." Again, the waiting game. Mia said "management" was going to have a meeting, and could discuss PEP's inquiries there. When Karen asked if PEP could email its questions to the board, she was told to fax them. PEP did.

Karen called the next day and the next, until finally she got hold of Mia again. This time Mia was apologetic: "Wala pang feedback." Presumably, this meant no one in the clinic had time to attend to PEP's inquiries.

Last January 24, Karen called again. This time she informed the receptionist that PEP was ready to upload the story, but it would wait a few more days for Beverly Hills 6750's official statement. No statement came.

Finally, on January 28, Nerissa Almo, PEP staffwriter, called the clinic. She asked for the full names of Jomarie and Mia, and their official designations in Beverly Hills 6750. The person on the other line, who had given her name as Jomarie, wanted to know why. Nerissa said PEP was ready to upload the story and needed their full names. Jomarie then told Nerissa to wait while she asked management how to deal with this.

At press time, there was still no statement from Beverly Hills 6750.

Also at press time, the former president of the company, David Bunevacz, said he was in Manila working on his case against his former business partners.

In late 2007, these former partners had resorted to legal action against Bunevacz for alleged "anomalous transactions which have cost BH 6750 a considerable amount of money." They sent David a demand letter.

PEP now asks this question: Who is going to tell the public about the Institute that no longer exists? David or his former partners?