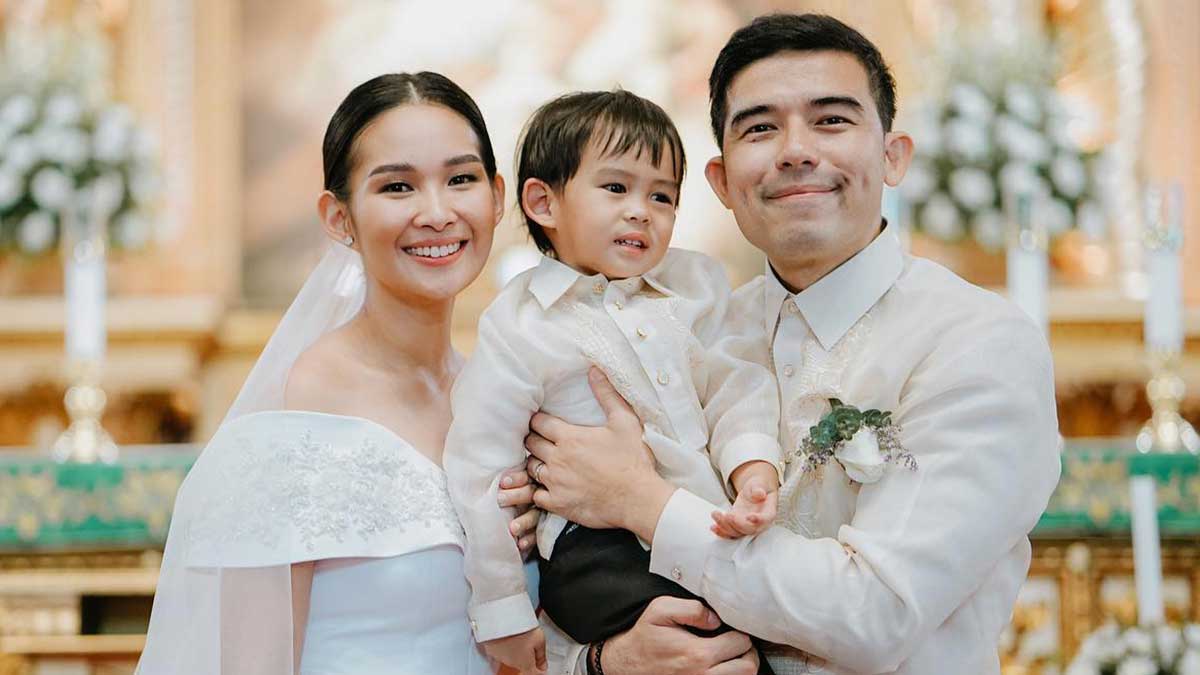 Champ and Claire tied the knot in an intimate church wedding on Sunday, January 23, 2022. It was held at St. James the Great Parish in Alabang, Muntinlupa City.

"Mr & Mrs Lui Pio," Champ wrote in the caption of his post.

In a separate post, the rockstar/businessman shared a photo with their two-year-old son Caden.

MMA athlete Ali Khatibi was also present and was part of Champ's groomsmen.

Celebrities who congratulated the couple include Sam YG, Kaila Estrada, Kean Cipriano, Ervic Vijandre, Yasmien Kurdi, among many others. 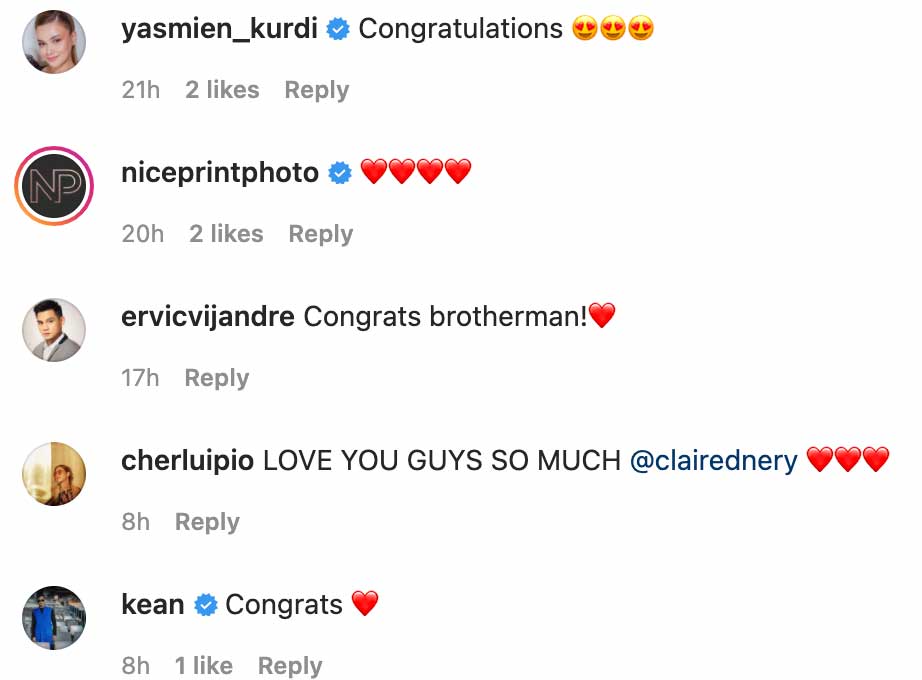 A few weeks before their wedding, on January 3, 2022, Champ took to social media to share his prenup photos with Claire.

The photos were shot by Nice Print Photography in La Union.

"This 2022 there’s no stopping us #LuiPios [engagement ring emoji]," the 39-year-old singer/songwriter wrote in the caption of his post.

Champ and Claire have been together for around four years before they got married.

They got engaged in August 2018. They welcomed their son Caden in October 2019.

Champ is the lead singer and guitarist of Hale, the band known for hit songs "Kung Wala Ka," "Broken Sonnet," and "The Day You Said Goodnight."