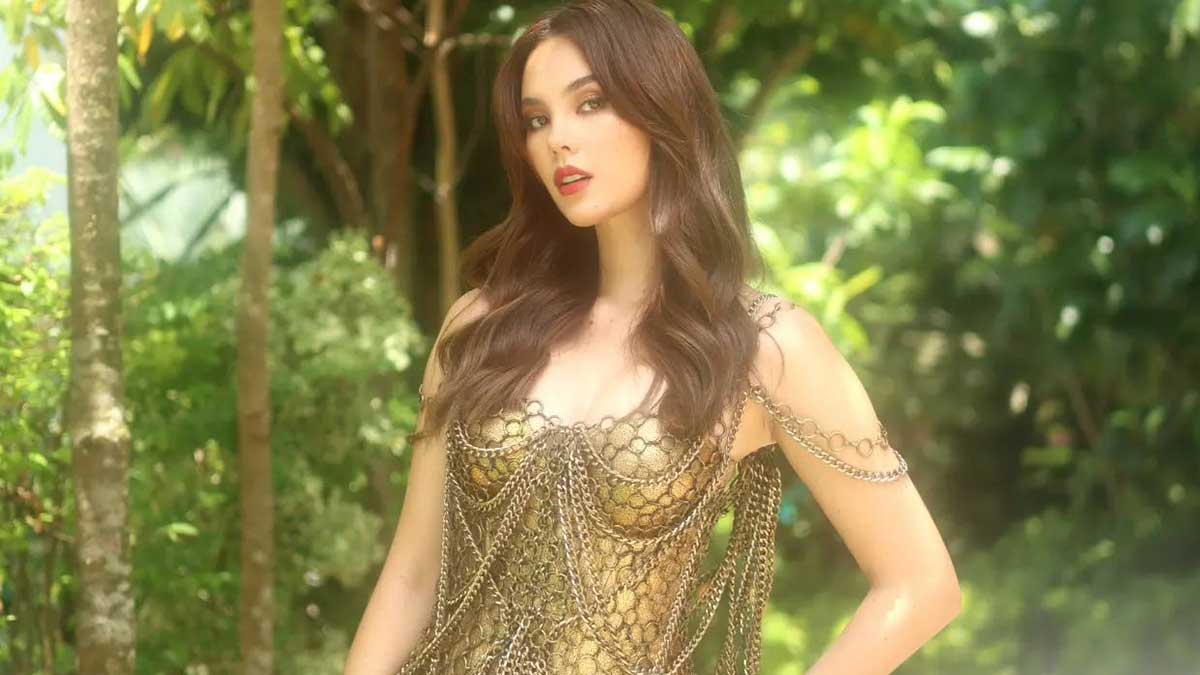 "I am not sure, I do believe I just received an invitation yesterday with my management," sabi ni Catriona matapos ang virtual press launch nito para sa Myra E #BeautyNgEmmunity.

Patuloy nito, "Hopefully, I would love to be there if it doesn’t coincide with any other schedule because yeah, I think it would be great that Miss Universe is coming here, Haraanz.

"And I would love to meet her in person. Of course, Iris and Demi who I’ve met previously as well, will be here so that would be great if we could all be together."

Aniya, "I think the thing that, I guess, concerns me a little bit is now that it’s all online...

"And there are all these challenges that the contestants are required to participate in, of course, you have those contestants that have the resources that have teams of photographers they can easily approach...

"Or have the money to spend on creating beautiful content for these challenges.

"But, I guess, my thought is, what about those from maybe the province or those that aren’t necessarily financially well-off that can really splurge that type of money at this time to really produce beautiful content?

"Does that affect their chances of doing well in the competition?"

"I don’t really understand the way the mechanisms of how will these challenges actually build-up to the result on the final night.

"But I’m always concerned about that because I really believe in people being on equal footing and having equal opportunity to really be at their best.

"And I could be wrong in that [maybe] the actual orgs give out monetary values to these girls to be able to produce their content.

"I don’t have the knowledge of that but that’s always my thought with these online challenges.

"I would love it if each and every one of them got the opportunity to work with beautiful camera teams and have, you know, beautiful dresses and everything.

"But I know that’s not the reality for everyone. But I could be wrong, they could be given a supplement for that so yeah, that’s just my concern."

Dagdag pa nito, "I think it’s great to encourage the participation of the public but then again, it comes with the mindfulness of like what we’re putting out there in terms of comments and feedback for these young girls.

"Hopefully, we’re just lifting them up and encouraging them instead of, you know, detracting for them or bashing them or criticizing them."

Paliwanag ni Catriona, "Because I really think, nowadays, with the pageant mainly residing within social media, there is such a huge participation in the general public when it comes to commentating or making comments...

"Or participating within the pageant which is now existing majorly online.

Patuloy nito, "At the end of the day, I’m such a huge believer that you do represent your country but you also represent who you are because you’re the one up on that stage, you’re speaking from your knowledge, your experiences.

"You might as well make the journey your own, so that’s what I would encourage them.

"And I know that lots of people compare me, my journey, what it looks like. I mean, that would be unique to me, and I would love to see our candidates embrace what is unique to them, their journey to be unique to them."

"Because I honestly believe that that’s what beauty titlists should be.

"They should be role models or people who are using their influence within the community for something.

"That could be through, you know, raising their voice for something that they believe in or working with an NGO or a group that they feel needs more awareness or whatever it could be.

"But I love seeing women who really use their platforms for others. And I feel like that’s what us, Miss Universe, do as our job.

"So that’s what I would love to see in the candidates even before the competition, to see how they utilize that platform.

"Because it would give me sort of a positive impression on how they would go on and use the platform of the title of Miss Universe."