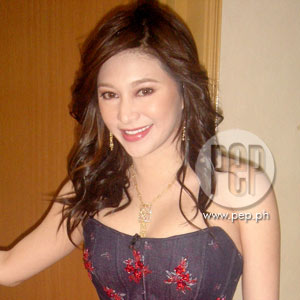 In her recent interview with YES! Rufa Mae Quinto dropped names that, in one way or the other, were romantically linked to her in the past. Last week, the sexy comedienne found her name on the grapevine again after she was spotted beside First Gentleman Mike Arroyo in a plane bound for Hong Kong.

As expected, rumormongers quickly surmised that something was going on between the two well-known personalities.

Rufa Mae quickly explained that everything was purely coincidental. Both of them did not know that they'd be sitting together throughout the flight.

OFF FOR A HOLIDAY. By coincidence, Rufa Mae and Mr. Arroyo left the country to take a much needed respite. But while the President's husband was off to escape further controversy brought about by the ZTE scandal, Rufa Mae simply wanted to unwind and recharge her batteries.

John Lapus asked if she and the First Gentleman exchanged pleasantries during the short trip.