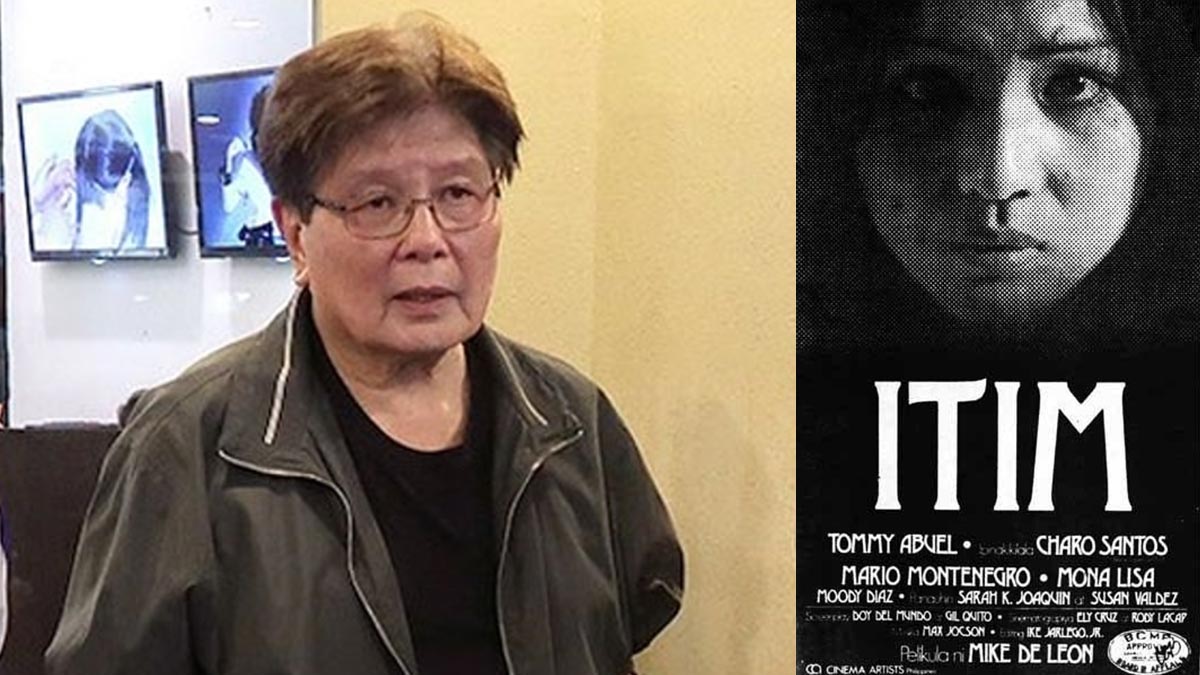 Mike de Leon's 1976 classic film, Itim, has been selected for screening at the Cannes Film Festival for 2022. While the acclaimed director is happy to be participating in Cannes, he says he is "utterly humiliated to be a Filipino" today. Because, he says, "the monsters of Philippine politics, monsters that, after a long wait in the subterranean caverns of hell, have returned to ravish and rape my country all over again. The crazy thing is that we invited them back."

Bahagi ng pahayag ng acclaimed director: “43 years later, the film is being shown again in an international film festival, this time in the Cannes Film Festival, no less.

"The title of the section that I read is Surreal Mix of Horror and Politics.

“It is still appropriate, but Horror has now acquired a more sinister meaning.

"It is no longer about a ghost but about the monsters of Philippine politics, monsters that, after a long wait in the subterranean caverns of hell, have returned to ravish and rape my country all over again.

"The crazy thing is that we invited them back.

“Our constitution constrains me to recognize our newly elected leaders, but morally, I can never give my trust to people who are nothing more than the basest of criminals.

“I am happy that my film is participating in this great festival, but I feel utterly humiliated to be a Filipino today.

"Nevertheless, I hope you appreciate the film.”

Ang kabuuan ng statement ni De Leon: “It was my fate to get dragged into politics even with a genre film like ITIM. The film was shown abroad at FILMEX in Los Angeles in 1979. It was well received by the largely American audience and at the time of the Q&A session that followed, I was asked if the government was doing anything to support films like ITIM.

“I was young and had an attitude. I said that the government’s sole commitment to filmmaking was documenting the daily existence of Ferdinand and Imelda Marcos.

“I didn’t relize that officers of the Philippine Consulate were in the audience. One of them told my cousin, ‘We didn’t know Mike was an activist.’

“I wasn’t. I was just being a smartass.

“For this flippant remark, my passport was ordered pulled by a respected columnist-turned-rabid Marcos apologist. I didn’t know about it until I planned to attend the Locarno International Film Festival the following year, where my second film was programmed. This journalist warned me not to even try leaving the country because I will be stopped.

“I was upset and scared. Martial Law was in full swing and the government smelled subversion everywhere. My father interceded with this journalist because they had once been friends.

“This journalist acceded to my father’s request on the condition that I appear before the Board of Censors and explain my remark. I bluffed my way out by saying that I was taken out of context. After all, ITIM wasn’t remotely a political film; it was a ghost story.

“Like my overnight detention by the Marcos-controlled military in 1972, the whole affair was intended to intimidate me.

“It was made clear that nobody had any right to criticize the reigning couple, not even in jest. So I was made to apologize to this panel of government bureaucrats puffed up with undeserved power. And apologize I did. What choice did I have under those conditions? Besides I wanted my passport back.”