Liza Soberano opens up about status in ABS-CBN, change of managers 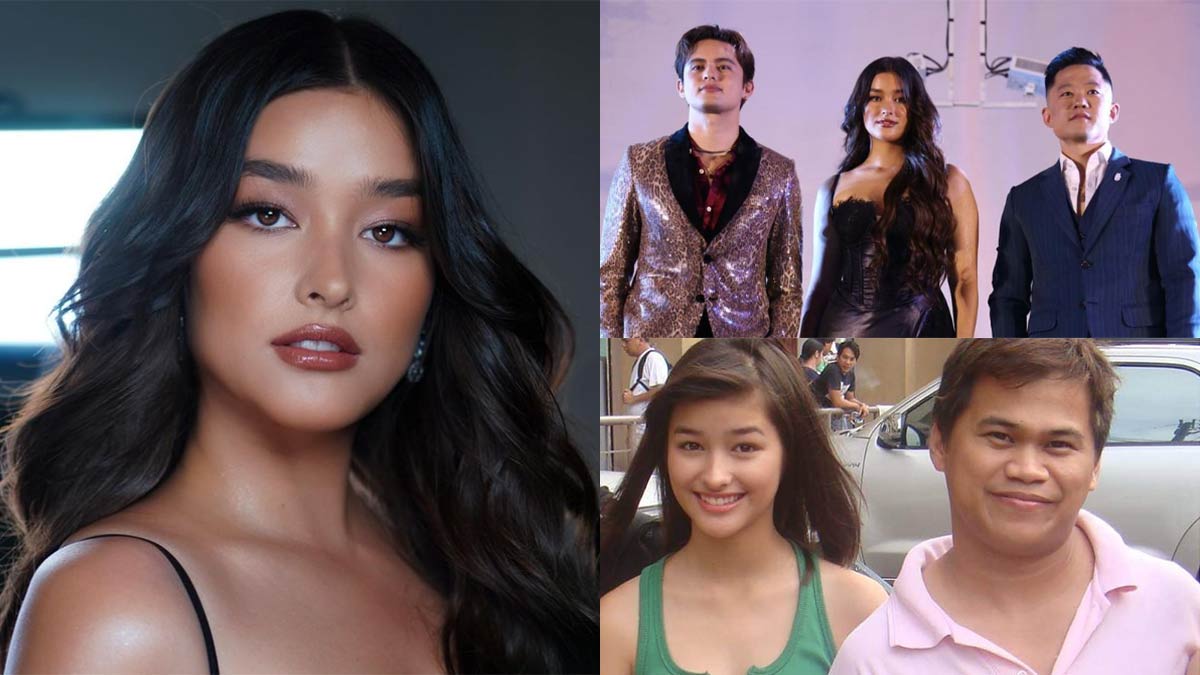 Liza Soberano on manager of 11 years Ogie Diaz (inset, bottom): "I wanted to experience working with other people not because he wasn't a good manager. He was really an amazing manager. I achieved so much on my career because of him." Liza is now under the talent management of Careless Music, which is owned by James Reid and Jeffrey Oh (inset, top).
PHOTO/S: @lizasoberano / @carelessph / @ogie_diaz Instagram

"As you can see, I haven't worked with any other network until now. With Star Magic, my contract ended June of 2021," paliwanag ni Liza sa PEP.ph (Philippine Entertainment Portal).

Dagdag pa niya, "Yes, I prefer to work with ABS-CBN. I always have, like, a loyal heart for them.

"I've always been a fan of ABS-CBN before I started working with them. They kinda brought in the Filipino culture in me because of TFC [The Filipino Channel] and everything.

"I don't know if I have it in my heart to work with other stations. I'm sorry, it's just I Iove ABS-CBN so much."

"There has been a project offered to us by ABS-CBN, Star Cinema, and Star Creatives.

"In fact, we have a meeting this week with them. But it's really a matter of, like, whether the project is something that is right in the direction that we're going towards or something that excites us."

"He reached out to us September last year. When I say us, Enrique and I," ani Liza.

"I was using Quen's phone when James message did pop up, and I saw it, and I was, like, 'He wants to set a meeting for us.'"

"Eventually, we got a Zoom call with James and Jeff and Quen and I; and they are expressing their intentions of possibilities of working with us, maybe on the business side or career management side.

"Quen is still under contract [with ABS-CBN] so there was really no possibility for him to sign with them.

"As early as December, I started expressing my intentions not renewing my contract with Tito Ogie.

"Because we've been working together for eleven years now and I told him, at this point, I kinda wanted to feel a little bit more of independence.

"I wanted to experience working with other people not because he wasn't a good manager. He was really an amazing manager. I achieved so much on my career because of him," saad niya.

Paliwanag pa ni Liza: "I'll forever be grateful, but it's about time to, like I've said, experience to work with different creatives, different talents to grow as a person I want to be.

"I guess, for me, it became emotional because when I did it, I was in the States and I had to message him.

"It was something going on in my mind and it was bothering me, I was worried about how he would take it.

"But he's a very generous man, and the moment I said it, he was very accepting and understanding."

"I guess that's kind of what he really wanted for me too because he did realize that we're working together since I was a kid and I'm an adult now.

"It's about time that I experience working with people who can also share their knowledge with me."

"It's really exciting, of course. It's a new chapter in my personal life, in my career.

"It's a bit nerve-wracking because you never know if you're making the right decision or not.

"But I think that's the beauty in it. Not knowing what lies on it because it just gives you the freedom to wonder and to just explore."

Sagot ni Liza: "Fear? Of course, I knew a lot of people would have a lot to say about it, a lot of mixed opinions whether it's a right move or a wrong move.

"But it's still my decision and my move to make. At the end of the day, I'm proud of myself that I'm more open in making my own decisions and taking risks.

"I feel I'm adult now. For the longest time I feel like a kid."

ON PURSUING A CAREER ON MUSIC

Lahad niya, "When we had our first meeting, they are asking me what I wanted to do and everything.

"First thing I said I wanted to explore auditioning abroad and everything. Then I was the one who kinda initiated it [music career] 'cause they never saw me as a singer.

"Nobody even saw me as a singer. It was never something known about me. I was the one who said, 'Maybe a little music on the side,' that's how I said it.

"'Oh really?' They were suprised to hear that I'm interested in music and that's something they are very good at, right?

"They didn't know how I sound up until we went to L.A. I started taking vocal lessons with James and that's the first time he heard me sing live.

"They looked at [my previous] videos online, YouTube, or everything, but the audio isn't always the best quality and you only get to hear the quality of my voice because it was also videos of me five, six years ago when I still going on tours singing.

"I sound a lot more different now. And that's what we are trying to do right now— discover what my sound is now, what genre of music suits my voice."

Sagot ni Liza, "A lot of people say we look like siblings. I saw it, like Mavy and Cassy [Legaspi] twins, yeah, I see it too.

"I don't know... I don't know if James is still pursuing in doing acting career. Maybe in music we will work together," simpleng saad ni Liza.