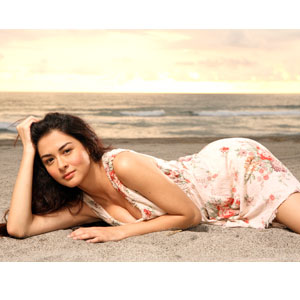 
With three nights left before its final episode, Marimar continues to dominate the ratings game, not only in the primetime race but also in the daytime race.

Last Sunday, March 9, Marimar had its farewell party on SOP, where almost half of the show was devoted to the No. 1 primetime show in the country. This was immediately followed by a farewell special, Marimar...Isang Pasasalamat, hosted by lead stars Marian Rivera and Dingdong Dantes.

It was a double victory for Marimar since SOP ruled the daytime race with 21.4 percent while Marimar...Isang Pasasalamat was a close second with 19.9 percent.

Showbiz Central, meanwhile, once again won the battle of Sunday talk shows by taking the third place with 15.6 percent versus The Buzz's 12.1 percent, which is good for No. 6. Incidentally, Showbiz Central featured the "wedding" of Marimar and Sergio.

Marimar also continued its domination in its regular timeslot, taking the No. 1 spot Friday (March 7) and Monday (March 10). On both nights, Kamandag and Joaquin Bordado placed second and third, respectively.

Now on its final week, the Koreanovela Coffee Prince took the fourth spot Friday with 33.6 percent but it dropped to No. 8 Monday with 23.8 percent. This was caused by the addition of another Koreanovela titled The Legend in the primetime block of GMA-7. Taking the original timeslot of Coffee Prince, The Legend premiered at No. 5 with an impressive 31.5 percent just behind 24 Oras' 31.7 percent.

Lobo and Palos, on the other hand, were consistent at No. 9 and No. 10, respectively. Although Lobo hit a below-20 percent rating for the first time last Friday with 19.4 percent.

In the daytime race, Eat Bulaga! and Daisy Siete were the only consistent shows, taking the top two slots. The ranking from No. 3 to No. 10 was completely different on Friday and Monday.

Eat Bulaga! also maintained its No.1 position last Saturday (March 8) with 23 percent. StarTalk placed second with 17.6 percent while Wowowee was No. 3 with 15.2 percent.

The controversial Binibining Pilipinas 2008 took the No. 7 position by virtue of its 15.7 percent rating, behind 1 vs. 100's 16.7 percent where Piolo Pascual was the celebrity contestant.

Click here for the complete ranking of the Top 10 daytime and primetime programs from March 7 to 10 based on the overnight ratings of AGB Nielsen Philippines among Mega Manila households.