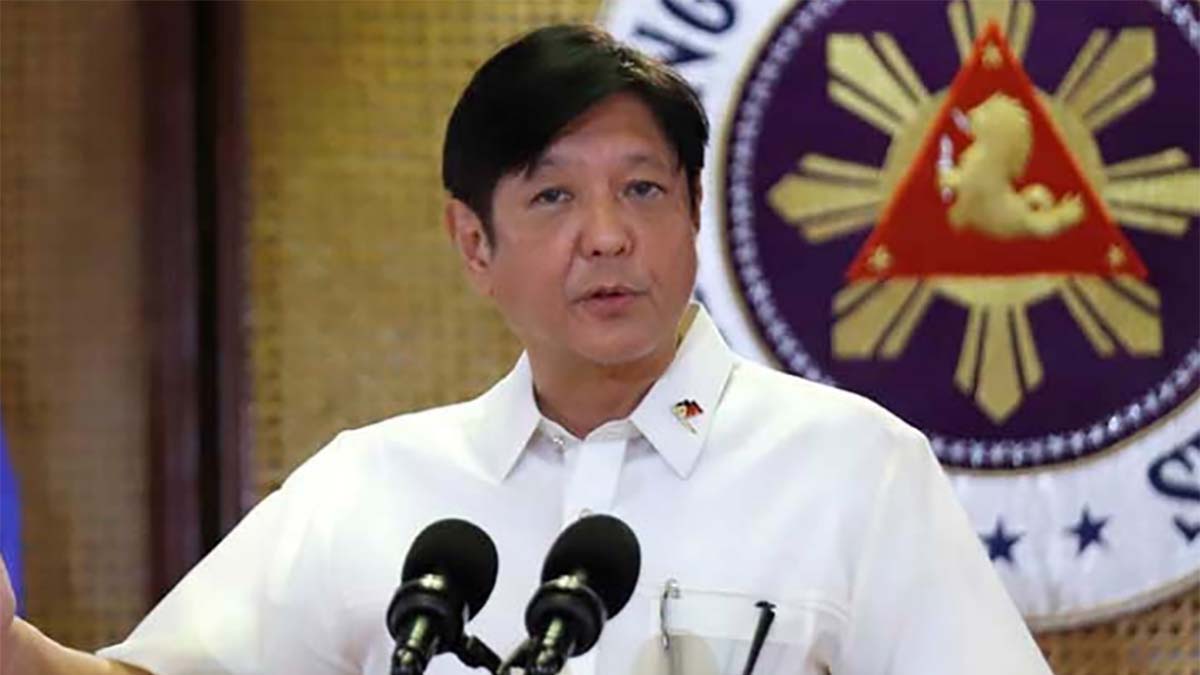 "The President will be isolated for seven days from the time that he was tested positive and after that, if the symptoms has resolved already, he may be able to go back to work and have his face-to-face activities," says Press Secretary Trixie Cruz-Angeles.
PHOTO/S: Presidential Communications Facebook

Pahayag ni Cruz-Angeles, “The President has tested positive in an antigen test for COVID-19.

“He has a slight fever, but he is otherwise okay. Those who had been in close contact with him are currently being informed by the Presidential Management Staff to observe their symptoms as per their protocol.

“Regarding the president’s schedule for today, the executive secretary attended the morning’s meeting or briefing on matters of security on behalf of the president.

“He will not be attending the 246th anniversary of US Independence at US Embassy today. However, he will virtually attend and give a message at the Leagues of Governor’s and Mayor’s meeting of officials tonight.

“This is a part of the continuing campaign for series of vaccinations and booster shots in preparation for the face-to-face opening of classes this school year.

“The meeting was originally planned to have a dinner but that meal has been removed to prevent officials from removing their masks.

“The Vice-President, the Secretary of Interior and Local Government and Usec. Vergeire will be making presentations at the meeting tonight.

“In relation to the First Family, Congressman Sandro Marcos has tested negative. The First Lady, Simon and Vincent are all out-of-town and have not been exposed.

“The president encourages the public to get their vaccines series and boosters."

“The President will be isolated for seven days from the time that he was tested positive and after that, if the symptoms has resolved already, he may be able to go back to work and have his face-to-face activities.

“Based on our protocol, if a person is asymptomatic, the antigen test will be accurate already so we are just going to monitor the President but of course, the President will have that prerogative if his doctor would advise him to take his RT-PCR but nonetheless, the antigen test is already enough to state that he is positive for the disease,” lahad ni Vergeire na dumalo sa press briefing sa pamamagitan ng Zoom.