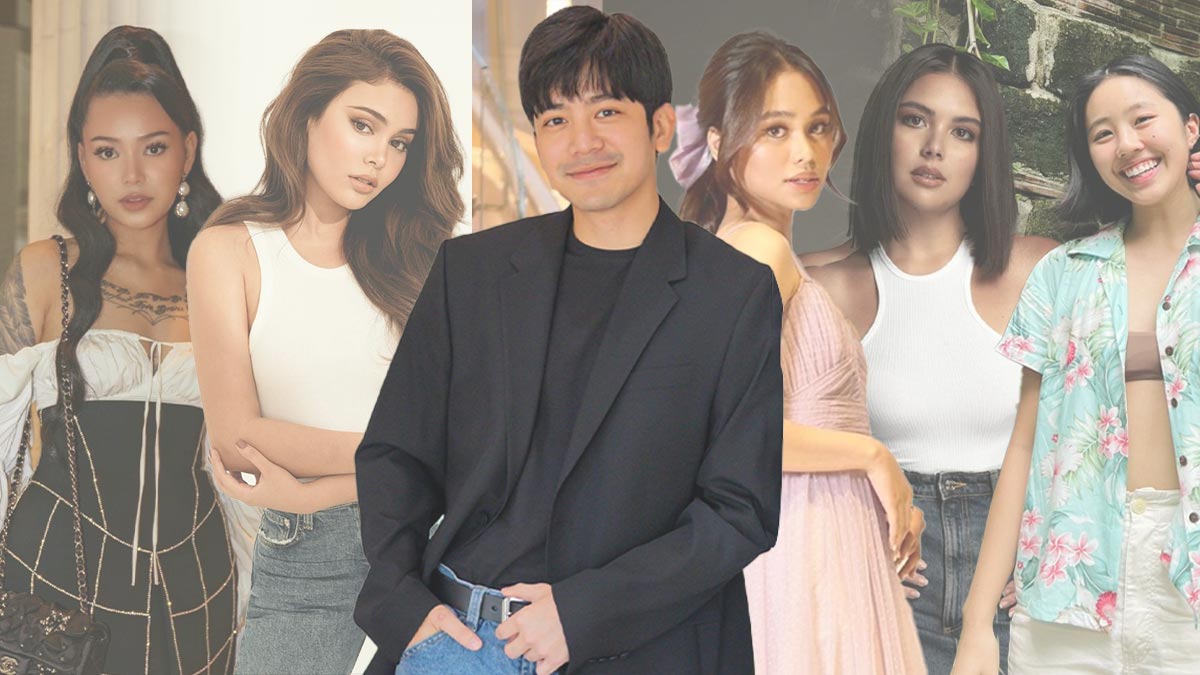 That statement alone raised a hubbub: Is he playing sweet music with vlogger Bella Racelis?

Since breaking up with girlfriend and love-team partner Julia Barretto in 2019, Joshua’s love life has become a matter of great interest to fans, all eagerly awaiting the next girl who will capture the actor’s heart.

Even Julia, who is now in a relationship with actor Gerald Anderson, has gotten curious. Apparently, she and Joshua have remained in touch.

She told host Boy Abunda in an interview about giving her ex-boyfriend a piece of advice.

"I tell him, 'How are you? May girlfriend ka na ba? Huwag ka munang maggi-girlfriend,’” Julia recalled telling Joshua.

“Because he's young and he's in his prime and he's a brilliant actor. It's not the time to be limited right now. I want him to really enjoy his time.”

With that said, here are the celebrities romantically linked to Joshua following his much-publicized split with Julia.

The feeling was mutual as Ivana would later reveal harboring a crush on the actor.

This public admission of mutual admiration led many to think that the two might indeed end up dating.

It wasn’t meant to be, however.

To be fair, Joshua right from the start was careful not to stir the rumor mill despite voicing his appreciation of Ivana.

Filipino-American singer Bella Poarch was frank in declaring her admiration for Joshua in an interview with ABS-CBN News in August.

Bella also admitted in the same interview that she and Joshua were communicating.

“We message a lot. He already knows what I’m gonna say,” revealed Bella.

Before the admission, Bella gave hints of her fondness for Joshua when she uploaded in April on her TikTok account a clip of Joshua singing.

Joshua returned the favor by reacting with a shushing face emoji.

The exchange drew hilarious reactions from Joshua’s many followers.

Ateneo Lady Eagle Trina Guytingco was romantically linked to Joshua after photos of them together hit social media in May.

The Kapamilya star and basketball athlete were in El Nido, Palawan, to celebrate the birthday of actress Kathryn Bernardo.

Joshua, however, set the record straight by saying that they were just friends.

He then proceeded to congratulate Trina, who was playing for the Gilas Pilipinas women's basketball team in the 31st Southeast Asian Games. The squad eventually won the gold medal.

Joshua’s closeness with actress Ria Atayde prompted speculations they were an item.

"Whatever people throw at us, parang kampante ako that we could be friends forever.

For her, keeping their friendship is more important than entertaining thoughts of taking it to the next level.

“Josh is an amazing guy,” she acknowledged.

“Some people are better off as friends. Kasi that way, mas secure ka na hindi mo siya mawawala in your life.

“I guess that's it na lang rin na we're better off as friends. So at least I know I can keep him forever.”

In Joshua's part, the young actor admitted admiring the eye-catching Ria. maintaining their relationship has always been platonic.

The Batangueña vlogger’s closeness with the Darna leading man has ignited speculations of romance.

A reel shared by Joshua on September 6, 2022 on his JG IMAHE account – the actor’s other Instagram account dedicated to his photography hobby – showed colored and black and white pictures and clips of Bella taken seemingly during a day out.

Joshua and Bella sightings are not rare as of late. In August, the two were seen together at a party looking very cozy.

What’s more, Joshua apparently made a playlist for Bella according to Cosmopolitan Philippines in an online article published on August 19, 2022.

“We’re gushing over the thought that they have a shared playlist together and it even includes a song from Euphoria star Dominic Fike. So, so kilig!” the article mentioned.

Joshua and Bella are yet to confirm or deny whether they are a couple or not.

In the meantime, Joshua’s fans continue to wonder and ask: “May nanalo na?”