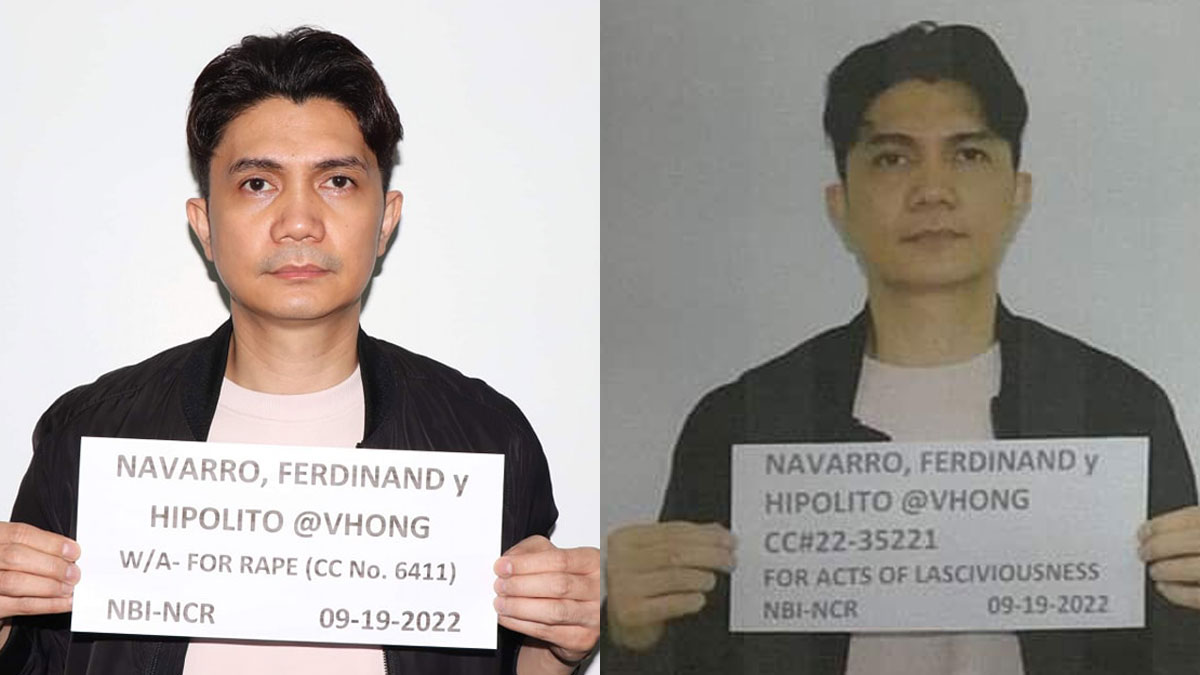 The National Bureau of Investigation reiterates that actor-TV host Vhong Navarro (in both photos) surrendered voluntarily at their Quezon City office following the release of warrant of arrest for acts of lasciviousness case and thereafter, the warrant of arrest for the rape case, all filed by Deniece Cornejo (not in photo).
PHOTO/S: Courtesy: National Bureau of Investigation on Facebook

Buong pahayag ng ahensiya: “Actor Vhong Navarro, on September 19, 2022, surrendered to National Bureau of Investigation (NBI) after a Warrant of Arrest was issued against him.

“Through his legal counsel, Vhong Navarro coordinated with the NBI expressing his intent to voluntarily surrender in relation to the Warrant of Arrest issued against him for Acts of Lasciviousness by the Metropolitan Trial Court (MTC) Branch 116, Taguig City on September 15, 2022. The bail for the said case was fixed at Php 36,000.00.

“In the morning of September 19, 2022, the actor, together with his counsels appeared before the NBI, Vtech Tower, G. Araneta Avenue, Quezon City to voluntarily submit himself to the custody of the NBI. He was thereafter processed as per the Bureau’s standard operating procedure.

“In the afternoon of the same day, another Warrant of Arrest for Rape, with no bail recommended, was issued against Vhong Navarro by the Regional Trial Court Branch 69, Taguig City.

“Accordingly, he was subjected to antigen test where he tested negative and was turned over to NBI-Security and Management Section (NBI-SMS) today, September 20, 2022 for detention.”