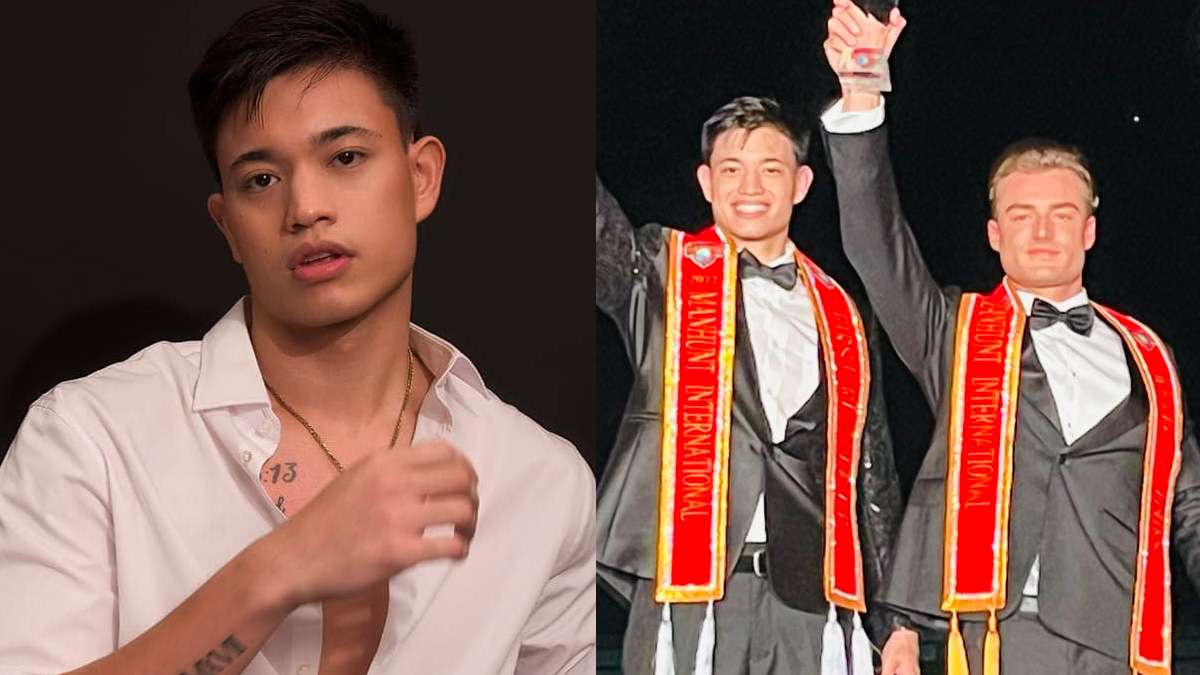 On September 28, 2022, PEP.ph (Philippine Entertainment Portal) caught up with Joshua and talked about his preparations for the modeling competition during their sponsor visit to Blackwater's headquarters in Caloocan City.

"I have an edge because I've been doing this for a while," the 24-year-old property specialist said.

He continued, "What I would improve siguro, add more confidence. I'm already confident myself, but I just want to add more.

"I want to add more spunk to it. When I pose, I want to make everyone feel like 'Whoa! Joshua De Sequera!'"

Joshua also admitted to feeling a bit pressured by the facts that his mom Marina is a known supermodel and beauty titleholder in the country.

Marina won the Binibining Pilipinas Maja International title in 1992 and represented the country at the Miss World 1992 pageant.

He told PEP.ph, "Of course, it does because we're talking about the Marina Benipayo, my mom. But again, there's added pressure, of course, because she has accomplished a lot of things in her career."

The former volleyball athlete said his goal is to step out of his mom's shadow.

"Of course, I want to make a name for myself as well. I don't want to be the guy who's only known because I'm the son of Marina Benipayo.

Meanwhile, Joshua is also a proud family man, and is grateful for the support of his wife Judy Takeuchi.

"All my pictures, I've been sending it to her then she's been putting the captions. She's very supportive."

His only worry is that she has been alone taking care of their son Jacob because of the pageant.

"She's taking care of my son by herself right now. I know that's super-super hard to do... it's very stressful because he runs around, all over the place.

Toward the end of the interview, Joshua also thanked his supporters, especially those who have been following his family's journey on TikTok.

Before joining the competition, Joshua and his wife have started gaining followers, thanks to their adorable videos.

Asked about his reaction to the comments on his wife's TikTok posts, Joshua said, "Natutuwa naman ako siyempre. It's funny. Filipinos are natural-born comedians talaga.

"And I'm pretty sure some of them, they don't really mean what they say.

"But it's really funny, it makes me laugh. Just keep the comments coming, it keeps me entertained.

"And in this world full of negativity and stress because of the pandemic and other situations that we're put in, I think, I kinda need the laugh.

"I kinda need the nice comments. Even if it's a bit inappropriate, if you attack it with your funny bone, not with your personal ano, it's fine."

For his part, Lochie won the Face of AQ Prime and Mr. Blackwater Bossing. He was also the overall digital challenge physique winner.

Aside from being the second runner-up, USA's Elijah Van Zanten also won the Digital Challenge Runway.

Other special awards winners are: