Dr. Hayden Kho on his affair with Dr. Vicki Belo: "I get to be her hero and she gets to be my princess." 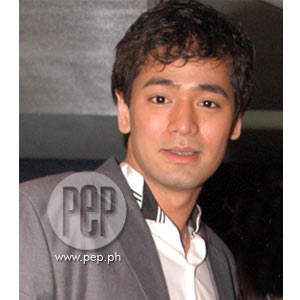 Dr. Hayden Kho admits he has undergone liposuction done by his girlfriend, the well-known "beauty doctor" Dr. Vicki Belo. In his guesting on Showbiz Central yesterday, May 18, Dr. Hayden showed his abs where the said surgical operation was done.

Dr. Hayden Kho is known in showbiz as the real-life partner of popular cosmetic surgeon Dr. Vicki Belo. Aside from his link to the popular "beauty doctor," Dr. Hayden is also currently making his own mark in local showbiz through acting.

The handsome doctor, who stands six feet and three inches tall, gets a major role as Dr. Henry Kim in the upcoming local version of the Koreanovela titled Kim Sam Soon, topbilled by Asia's Songbird Regine Velasquez. He made his acting debut in Marimar, also playing a doctor.

In a live interview with Showbiz Central yesterday, May 18, Dr. Hayden related how he has been preparing for this role. He told Showbiz Central host Rufa Mae Quinto, "For Kim Sam Soon, what I did is when we were in Africa, I actually brought a DVD of Kim Sam Soon and then I watched it. For acting... Wala kasi akong workshops, wala din naman akong background... What I did is I look in the Internet and searched for a book about acting."

DJ Mo then followed it up with, "What about Katrina Halili? Kasi may blind item na parang pumupunta siya sa condo mo and you guys have some sort of hidden relationship?"

MAY-DECEMBER AFFAIR. Hayden and Vicki have always been open about their so-called May-December love affair. In fact, they do not mind what other people say about them whenever they go out in public. However, people are still curious, "Why does Dr. Hayden prefer older woman?"

"Hindi naman sa naghahanap ako ng older woman," explained Dr. Hayden. "Well, para sa akin, hindi siya [Dr. Vicki] old, e. She is just as young as I am, she's actually younger at heart than I am. We got along, I learn from her, she learns from me a lot, and I get to be her hero and she gets to be my princess."

Following this, DJ Mo asked if rumors were true that he actually courted Vicki's daughter, Crystal, before her mom?

DJ Mo asked for clarification, "So, parang noong una, Vicki wanted you for her daughter?"

Dr. Hayden, who's turning 28 years old this May, simply answered, "Yes. At that time, I was only 25. Wala. I mean, Crystal has a boyfriend and my eyes are only for Vicks, so..."

What about the rumors saying that Dr. Vicki's children, filmmaker Quark and Cystal Henares, do not like him?

He then added, "Yes, I'm accepted as the boyfriend of the mom. I'm very okay with Quark and some siguro misalignment in thoughts with Crystal. But otherwise, we're okay, we're not enemies, no nothing."

After answering the intrigues from the Central Jury, Dr. Hayden was asked to check the killer question that was prepared for him. The doctor thought about the question for a while before saying, "Seal," which means that he did not want to answer it.