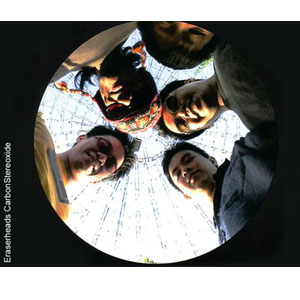 After nearly seven years of separation, Eraserheads will finally have a reunion concert on August 30 at the CCP Grounds.


One of the biggest musical events of the year remains shrouded in intrigue and uncertainty.

When, where, and how tickets and passes to the Eraserheads reunion concert can be obtained remains unknown at press time. Except for the show date, which is slated on August 30 and venue, the CCP Open Grounds, and an official confirmation of the reunion from former Eraserheads vocalist Ely Buendia and drummer Raimund Marasigan, no other information on the subject has been announced.

It was initially reported that international tobacco conglomerate Phillip Morris would sponsor the show, before another rumor circulated that the promoter was really a telecommunications company.

While these claims remain dubious, Eraserheads fanatics continue to register on Marlboro.ph to join its "Red List," which purportedly doles out tickets and passes to exclusive Marlboro-sponsored events, and this supposedly includes the highly-anticipated reunion concert.

Phillip Morris has yet to issue an official confirmation or denial. In the meantime, debates on the legality of its alleged sponsorship of the concert persist due to the newly-passed law banning liquor and tobacco companies from sponsoring "arts, music, and cultural shows."

Promoters and concert-goers already expect a monstrous audience turnout, adding crowd control to the organizers' current list of concerns. This and the alleged Marlboro sponsorship have sparked another rumor: No minors will be allowed at the concert venue.

In a phone interview with an unofficial spokesperson for the Eraserheads reunion, PEP tried to clarify three major issues. First, are concert tickets really free and downloadable from sponsors' sites, as Buendia announced in a TV interview?

"We are not sure," the spokesperson said. "We are going to announce ticket details as soon as everything is concretized."

In the mailing list of Sandwich, Marasigan's present band, the former drummer of E-Heads has already warned zealous buyers of fake tickets currently being sold online and on the streets, and advised everyone to sit tight for further official announcements before shelling out cash.

Next, is a tobacco or telecommunications company really sponsoring this concert? While he stressed he's not in the position to answer the question, the spokesperson tried to explain that the concert organizers have yet to announce the final sponsors.

Finally, is the concert really pushing through?

"We all want it to happen, na matuloy siya. That is why we're all working on the legality and logistics problems now. Let's all just wait for more information hanggang ma-concretize talaga lahat-lahat," the spokesperson ended.

Amid these vague statements and growing issues, Heads fans' interest intensifies as the concert date looms nearer. While uncertain on whether they'd even get tickets or not, Heads supporters working and living abroad have booked flights back to the Philippines just to attend the historic Pinoy rock reunion. As for those still in doubt that the reunion concert would push through, here's a hopeful announcement.

For the first time since their headline-making breakup in 2001, the Eraserheads (Buendia, Marasigan, Buddy Zabala, and Marcus Adoro) rocked anew as a cohesive unit last Monday, August 4. But there were no raucous crowds or media cameras to witness the momentous meeting. This get-together was actually a private band rehearsal in preparation for their much-anticipated reunion concert.

The good news came from Marasigan, who wrote in his band's mailing list that "the Eraserheads met and rehearsed for the first time" on August 4. In his e-mail, he described the vibe as "a little uncomfortable since [the Heads] haven't communicated for a long time."

It's open knowledge that there was bad blood between Buendia and Marasigan, the main reason why, initially, an Eraserheads reunion had been out of the question.

But Marasigan said, "[I'm] pleased to announce that the band was playing better than [I] ever remembered."

He added, "I guess we all did our homework. Hahaha! There was a lot of drums and no drama."

It's been touted that due to the acrimony between Marasigan and Buendia, the band would practice for only one day. But Marasigan told PEP sans rancor, "There will be a few more practices."

While he had stated before that there's no talk of further shows or a new album, this one statement is enough to make fans and friends hope for Head-y days to come.