Mo Twister finally speaks up about true condition of his daughter 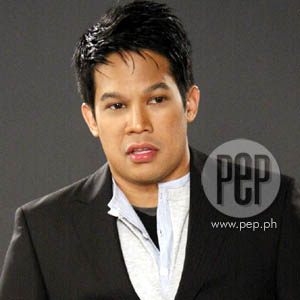 "Mo, we never knew that this was going on in your life," said Pia. "Siyempre ibang-iba ang nakikita namin when you go to work. Kumusta na ang kalagayan ni Moira ngayon?"

"These days, every time I see her, she seems to be getting a lot better. And, the syndrome is not as bad as brain cancer, but it will affect you. But it can be healed through therapy and yun ang ginagawa ni Moira ngayon. And she has been doing it for the past couple of years."

MILLER FISHER SYNDROME. Moira has a condition known as Miller Fisher syndrome, a rare, acquired nerve disease that is a variant of Guillain-Barré syndrome. It is characterized by abnormal muscle coordination, paralysis of the eye muscles, and absence of the tendon reflexes. Like Guillain-Barré syndrome, symptoms may be preceded by a viral illness. Additional symptoms include generalized muscle weakness and respiratory failure.

Treatment for Miller Fisher syndrome is identical to treatment for Guillain-Barré syndrome: intravenous immunoglobulin (IVIg) or plasmapheresis (a procedure in which antibodies are removed from the blood), and supportive care.

Since it's completely different from brain cancer, does it mean that Moira has no serious discomfort in any way?

"I cannot say that for sure since hindi ko naman siya kasama araw-araw," admitted Mo. "It's up to Bunny naman to explain kung mayroon siyang discomfort. Pero at all the times na kasama ko si Moira, e, mostly 100 percent of the time, e, she's okay. Hindi siya nagsa-suffer to an extent. Kahit papaano, e, it's hard but she's a very strong girl."

MO AS A FATHER. How close is he to Moira?

"Not as close as we hoped to be dahil madami napagdaanan namin ni Bunny, you know," Mo said. "It was really just a boyfriend-girlfriend thing, ‘tapos when we had Moira, nag-aaway na kami on TV palagi. That decision ni Bunny na ilabas sa TV ang problems sa relationship, e, it led to a communication gap between me and her. And siyempre, kung may communication gap kami ni Bunny, e, mayroon din kaming communication gap ng daughter ko. So, I can say that we could be closer and we should be closer."

After hearing this, Pia commented that during a phone interview with Bunny, she ccouldn't help but wonder if she and Mo were in good terms. "Kasi," Pia said, "noong tinanong siya about the support you were giving your daughter, parang sinabi ni Bunny na, ‘Why don't you just ask him?' What does that mean?"

"I don't know what that means," Mo said. "I support her and I have an allowance for Moira that I give monthly. I give it to my mom kasi my mom has a bank account that she can send in directly to Moira. Bunny, sometimes, I think has a flair for the dramatic. So, I tried to discourage her saying, ‘Alam mo, mga problems natin dapat hindi dinadala sa TV, e.' Kasi lumalabas dito, sa kabila, sa Startalk. This is no place to discuss a nine-year-old's medical condition."

Is there any reason for Bunny to accuse Mo of not being a good father?

If he can have things his way between him, Bunny and his daughter, what would be the ideal situation?

"It's not who we are and what we do in our jobs but what we are as a family," Mo began. "Imagine, when I finally figured out na nalaman ko na lumabas ang issue na ito, e, tinawagan ni Bunny yung TV interview niya and I'm like, ‘Wow, we should talk about this first before nilalabas natin ang pangalan ng daughter natin on TV.' Siyempre, may Pinoy TV sila and malaki ang Pinoy community doon, and Moira's name will be coming out on TV. ‘Tapos pupunta siya sa school nila, ‘tapos sasabihin na, ‘Ay, may brain cancer ka pala.' These are not showbiz-related things. These are personal things."

His message to Bunny?

"My message to Bunny," Mo said, "is siguro I understand naman na it's hard to deal with this sickness, to being the person there with Moira. Sana naman I was there to help, pero unfortunately, the reality is that she lives there and I live here. We should communicate better probably through the phone and in person before we go to TV shows and send our messages to each other."

Continue reading below ↓
"I love you, Moira and get well soon," Mo said as a last message to his daughter. "You're getting better every day and I am very proud of you."
Read Next
Read More Stories About
Mo Twister, Showbiz Central, Pia Guanio
Post a Comment
Featured
Latest Stories
Trending in Summit Media Network