FIRST READ ON PEP: "Ploning" fails in its Oscar bid 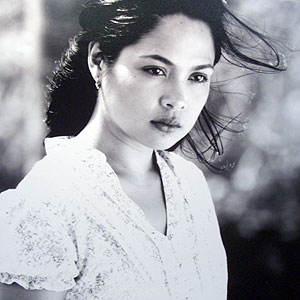 Ploning, the Philippine entry to the Best Foreign Language Film category in this year's Oscar Awards, failed to make the next round of eliminations before the announcement of the five final nominees.

The Academy of Motion Picture Arts and Sciences has announced the nine films eligible for Best Foreign Language Film Oscar this year. These nine films were chosen from 65 eligible films from different countries, including the Philippine's Ploning.

According to a report by Susan King in theenvelope.latimes.com, several hundred Los Angeles-based members of the Academy of Motion Picture Arts and Sciences voted for their six top choices among the 65 eligible films, while the three titles were selected by Academy's Foreign Language Film Award Executive committee

Golden-Globe winner Waltz With Bashir from Israel is one of the nine films advancing to the next round of voting. The other eight are: Revanche (Austria), The Necessities of Life (Canada), The Class (France), The Baader Meinhof Complex (Germany), Departures (Japan), Tear This Heart Out (Mexico), Everlasting Moments (Sweden), and 3 Monkeys (Turkey).

This short list will be narrowed down to five nominees by specially selected committees, both in Los Angeles and New York, who will spend this weekend screening three films per day.

The nominations for the 81st annual Academy Awards will be announced on January 22.

Ploning also got P2.5 million from Pres. Gloria Macapagal-Arroyo and the Film Development Council of the Philippines (FDCP). Its filmmakers also hired a highly-recommended public relations company, Murray Weissman and Associates, to increase the film's chances.

Juday and Direk Dante's efforts to make Ploning the first-ever Filipino film to be nominated in the Best Foreign Language category of Oscars is admirable, but it was still not enough for the Academy voters.

The Philippine's quest for that elusive recognition remains a dream for our filmmakers.