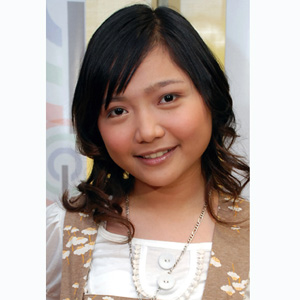 Charice will sing "God Bless America" and "One Moment in Time" during the January 18 pre-inaugural ball of U.S. President-elect Barack Obama.

Filipina singer Charice adds another milestone to her illustrious list of achievements. The young singer will dedicate two songs to Barack Obama before he is sworn in as the 44th President of the United States of America.

Today, January 18, the young singing sensation will perform during the pre-inaugural ball to be held at the Grand Hyatt Washington Hotel. The actual inauguration of Obama is scheduled to take place in Washington D.C. on January 20.

Charice left the Philippines last Friday, January 16, to prepare for the historic event. Obama's staff requested Charice to sing "God Bless America" and "One Moment in Time," a song originally recorded by Whitney Houston for the 1988 Summer Olympics.

If she is given the chance to talk with Obama, Charice will most likely tell the first African-American President of the US: "Just wanna say thank you for making this dream come true. This is not only an honor for me, not only for me, but also for the Philippines. Thank you."

Oprah Winfrey, an ardent supporter of Obama's presidential campaign, reportedly lobbied to have Charice included in the pre-inaugural ball. In her eponymous talk show, the famous TV host called our Pinay singer as the "the most talented girl in the world" during an episode dubbed as "The World's Smartest Kids."

After performing in the pre-inaugural ball, Charice is scheduled to stay in the United States for almost three months to record her first international debut album to be produced by record producer and composer David Foster.

In the meantime, she is promoting Foster's latest CD-DVD Hitman: David Foster & Friends since she is one of several performers included in the album. Other performers were Kenny G., Michael Bublé, Josh Groban, Brian McKnight, Katharine McPhee, Andrea Bocelli and Celine Dion.