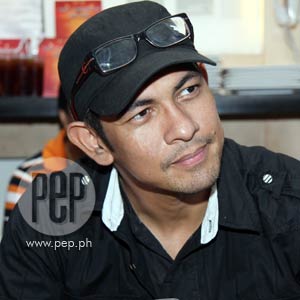 "Another thing that I'd like to do is to fulfill the idea that I have with regards to multimedia—Internet, television presentation—that may not have me singing but it will have other artists doing certain things with the ideas that I have. Yung music kasi, that will never disappear. These are the other things that I wanted to do," says Gary Valenciano.

Being in the business for 25 successful years, you might think, what else could a Gary V ask for? But true artist that he is, Mr. Pure Energy believes he has much more to offer.

"Sa palagay ko, hindi mangyayari yung like after I did my concert, ayoko na, okey na ako. I don't think I will ever be tired, really. The things that I'd like to do, number one is I'd like to go to school. I want to take up audio engineering, film scoring, more of production... The theory on good production on movies, television and all of that," saad ni Gary Valenciano sa PEP (Philippine Entertainment Portal).

"For the past eight years na siguro or ten years," sabi niya. "Almost last year, gusto nang gawin. Kaso, it was my 25th year, so how can I do that? Dapat sabay kami ni Gabriel [his youngest son], e. And I'm serious with that."

The only thing that keeps Gary's dream on hold is his showbiz career, of course.

"Yun nga, e. That's why I cannot. But if you'll ask me kasi, kung ano ang gusto kong gawin, that's the one!"

"You know, if it's just my career that I've been thinking of, maybe I can do it," sagot niya. "But I'm also thinking of people. The number of people, not just my people, but the number of people who get encouraged and inspired by my music. And if I'll leave that, maybe somebody else might come along and do the same thing. But sa ngayon, hindi ko pa naririnig yung, 'Okay, now...' So, I'll just wait na lang.

"Another thing that I'd like to do is to fulfill the idea that I have with regards to multimedia—Internet, television presentation—that may not have me singing but it will have other artists doing certain things with the ideas that I have. Yung music kasi, that will never disappear. These are the other things that I wanted to do."

"Sarap nga, e! If ever, sabay kami ni Gab! He will probably go to Florida and I'll probably go there also. If after all matuloy yun, the university that we want to go to is literally eight minutes away from my mom's house," sabi ni Gary.

But Gabriel will not live in his grandma's house.

"I said no. Siyempre, he'll be working in production, so lahat ng sound system niya malakas, and they cannot have that."

"I'll certainly push him to go," sabi ni Mr. Pure Energy. "But there are things that he has to prepare himself for. Like the fact that he could not have the people around him to do the stuff for him, not like here. And I want him to learn those things. Like, I'll let him live elsewhere. 'Live on your own first, practice.' Kasi, ganoon ang ginawa ni Paolo [Gary's eldest child].

"When Paolo was in college, he stayed in the other house at siya yung bumibili ng kanyang pagkain, siya ang nagluluto, siya ang naglilinis ng bahay... Lahat siya ang gumagawa. Especially if you live in somebody else's house, di ba?"

Is Paolo getting married? May ganoon na kasing balita.

"No," sagot ni Gary. "He talked to me once. Sabi niya, 'Dad, what if in two years time, I decide to propose?' In other words, it's not even getting married. And he asked me kasi ang pinaka-main concern niya, when that time comes, if he proposed, he's also set to support his family financially. That's why we talked about it."

On Gab: "He's very serious, he takes it seriously, but not serious na, 'Uy!'...but he's kuwela, e. He loves to make Rachelle [Ann Go, Gab's girlfriend] laugh. He brings her joy. And I'm like that. I love to hear Kiana [Gary's daughter] laugh. I will look like a stupid person just to make my daughter laugh."

"I'm okay with Rachelle. I'm okay with her. She's done no harm. But every young relationship like that will go through ups and downs, and it's a challenge that I give to them. You fix it up if you guys are really meant for each other.

"Gabriel, I've taught you well, your mama has taught you well. Now, it's time for you to practice what you've learned because your papa and mama cannot pick up adults. They can only support."

"Kumbaga sa door ng heart ko, it's like that, 'Sige, throw in the offers! Let's see what we can do!" natatawa niyang sabi.

"Actually, it's been there for the past four years na siguro. Meron akong gagawin, pero I cannot tell yet...anything about it. But I'm excited about it. And of course, I'll probably undergo acting workshop again, all that stuff."

"Oh, that's exactly why we have to meet because there's so many ideas para maging tight. It has to be not too long, it has to be tight, precise. Wala pang title yung concert. Hindi ko pa rin alam who would it be. But definitely, it would be fun! Puso namin talaga ang ilalabas. I mean, people are used to seeing me like that. But I have ideas for Martin to make people see him and go."

What makes their anticipated concert special is that it would be their first time together in one big concert.

Paliwanag ni Gary: "Several reasons. One is time. Second is, feeling namin, kapag ginawa namin 'to, ano pa ang maio-offer namin, especially if we take it abroad? But then again, that's part of the whole plan to come out and do the concert, and make people know that there's still more that we can offer as individuals and we're coming together now.

"And Martin was supposed to live in the States, di ba? It's only recently that we talked about it. So, that's kinda also the reason why we prolonged the decision to do the concert."