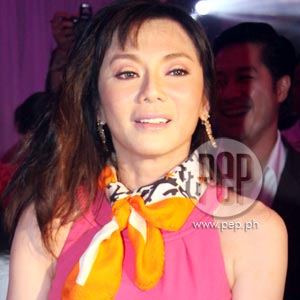 Vicki Belo and other people allegedly involved in the uploading of the sex video of Katrina Halili and Hayden Kho attended a Clarificatory Hearing held by the Department of Justice so they can give their version of events and thus prove their non-culpability.

Last Tuesday, July 22, the Clarificatory Hearing initiated by the Department of Justice commenced with beauty doctor Vicki Belo, Herbert "Bistek" Bautista, Eric Chua and Princess Velasco, accompanied by their respective legal counsels, giving their statements regarding the Hayden Kho-Katrina Halili sex video case. Since it was a closed-door meeting, Startalk and the rest of the media who showed up were only allowed to stay outside until the meeting was over.

(A Clarificatory Hearing is where the prosecutor summons parties and questions them to explain certain points in the preliminary investigation. The parties, through the prosecutor, may also question each other.)

When it was over, Vicki Belo exited the DOJ building looking tired yet relieved. When asked for details, she shared, "Mixed ang feelings ko. Relief... memories bumalik... masakit. Ayoko umiyak. It was very emotional for me but the panel's very fair and logical. We were trying to understand everything that happened in sequence, so I felt good because I was able to get the facts out."

Vicki added that everything that had happened seemed fresh to her again, right down to the very first time she saw the controversial videos.

But Vicki also saw that the process did something positive for her. She said that reliving the events at the DOJ gave her a sense of relief and she felt that she could finally put the issue behind her and start moving on with her life.

He shared that he clarified at the hearing that he did not have anything to do with the videos. According to him, he was not involved in anything related to the issue and all he had done was be a friend to everyone who was involved.

State Prosecutor Emilie delos Santos concluded that they will go over the statements during the weekend and check out the testimonies and affidavits of the other witnesses. "But as far as all the respondents and the complainants and yung principal complainants, e tapos na namin, so we will look into the other witnesses. If necessary, we will call for them."

For Vicki Belo, this was what she was hoping for, that when the time came to clear her name, she would be able to prove her innocence, and so continue with her work and just put the whole sordid episode behind her.