Dra. Vicki Belo on Hayden Kho: "We talk at least twice a week" 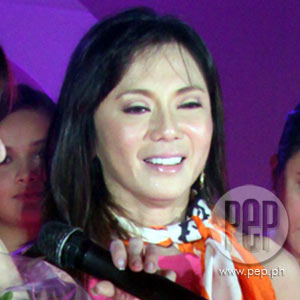 Vicki personally graced the occasion to show her support to Jinkee and to thoroughly explain the details of the clinic's latest offering.

DEALING WITH CRITICISM. The spotlight, however, was not entirely reserved for the better-half of the current pound-for-pound boxing champion.

The moment Vicki stepped inside the venue to join Jinkee on stage, it was obvious that the entertainment press was just waiting for the perfect moment to corner the well-known cosmetic surgeon.

Vicki was recently involved in the infamous sex video scandal linking sexy actress Katrina Halili and Belo's ex-boyfriend Dr. Hayden Kho. During the height of the controversy, authorities—in an attempt to pinpoint the exact source of the video—included Belo as one of the possible accomplices.

Belo's ordeal continued with a lawsuit filed by a patient accusing the clinic of malpractice. Josefina Norcio complained that the Belo Medical Group botched a buttocks augmentation surgery done on her in 2003 and 2005.

How is Dra. Vicki coping with all these problems hounding her?

STILL FRIENDS WITH HAYDEN. Vicki announced that the travel ban imposed on her in connection with the sex video scandal will be lifted on August 15. She is scheduled to visit Orlando, Florida for a series of talks.

As for her relationship with Hayden, Vicki confessed that communication lines between them have managed to withstand the pressure brought about by the entire controversy. She said, however, that they seldom discuss the issue and the lawsuit.

She added: "Dr. Kho and I are just friends. From the very beginning naman, the only support I've given him is emotional support. The other thing is maybe I help 'pag may kilala sa showbiz, pero siya naman ang nagdala nun kasi may talent naman siya."

Vicki's continued kindness and generosity to Hayden—whose illicit affairs done behind his benefactor's back is now common knowledge, thanks mainly to the proliferation of the sex videos—never fails to puzzle the public.