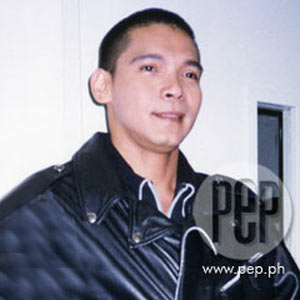 Royette Padilla, brother of Robin Padilla and BB Gandanghari, faces rape charges filed by a 17-year-old girl. The complainant said she was raped by Royette in Room 30 of Rainbow Apartelle in Brgy. Balibago, Angeles City.

The girl, who is a resident of Tondo, said that the incident happened in Room 30 of Rainbow Apartelle in Brgy. Balibago, Angeles City.

According to her sworn statement before PO2 Christina Ramos of Police Women's Desk in Angeles City, a friend introduced her to the actor on November 9 at 1 p.m. in front of Dr. Jose Reyes Memorial Hospital in Manila.

During their trip, Carmina said that Royette pulled over twice to buy food and prepaid load for his cellphone.

Inside the apartelle's room, the complainant claimed that Royette ordered food and beer. After consuming two bottles of beer, the local celebrity allegedly took off his shirt and pants.

Afraid of what Royette could do to her, Carmina said she became defenseless while the alleged incident happened.

The complainant said that she got the chance to escape at around 3 a.m. of November 10 while Royette was asleep. She also said she left the room with only a towel wrapped around her body because her clothes were allegedly placed under the pillow used by the former actor. Then, she said she hid inside one of other rooms of the apartelle.

This was when the complainant sought help from the apartelle's bellboy to accompany her to the Police Station 4 of Angeles City.

A former action star, Royette also became controversial when he proclaimed himself as the brigadier general of H-World United Nations Military Philippine Government.

PEP (Philippine Entertainment Portal) is now trying to contact Royette for his side of the story.