Phillip Salvador after playing villain in Ang Panday: "I still want to do more challenging roles. 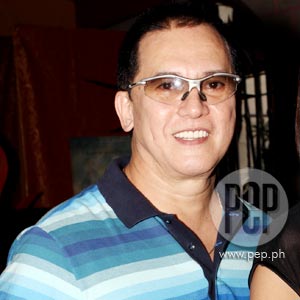 Veteran action star Phillip Salvador is very proud of his latest project, Ang Panday, which is slated to be shown in local theaters on December 25. The movie is a joint venture of GMA Films and Imus Productions for the Metro Manila Film Festival.

Aside from playing his first villain role, Phillip is thrilled with the quality of the movie that boasts the high quality technical effects common in foreign pictures. The production team acquired the best available facilities here and abroad to polish the film's technical effects.

A press conference was staged earlier today, December 3, to allow the members of the entertainment media and the cast members to witness the official trailer of the movie.

BONG'S CHOICE. Phillip, who portrays the lead villain role of Lizardo, was not intended for the part as another actor was being considered during the film's conceptualization .

Phillip gave Bong unsolicited advice on how he should attack his character. He also asked his close friend to distance himself from the previous Panday installments to make his version fresh and updated.

Phillip readily accepted the offer, much to his friend's delight, of course. Being the dedicated actor that he is, Phillip shaved his head to make Lizardo look more menacing on screen.

After seeing the final edit and trailer, Phillip happily announced his willingness to assume more kontravida roles in the future.

"Why not?" smiled Ipe, "I'm still learning and I still want to do more challenging roles."